Birthday on the Bayou: The LSU Faithful Live On After a Loss; Plus, a Q&A With Traditional Scorpio Les Miles 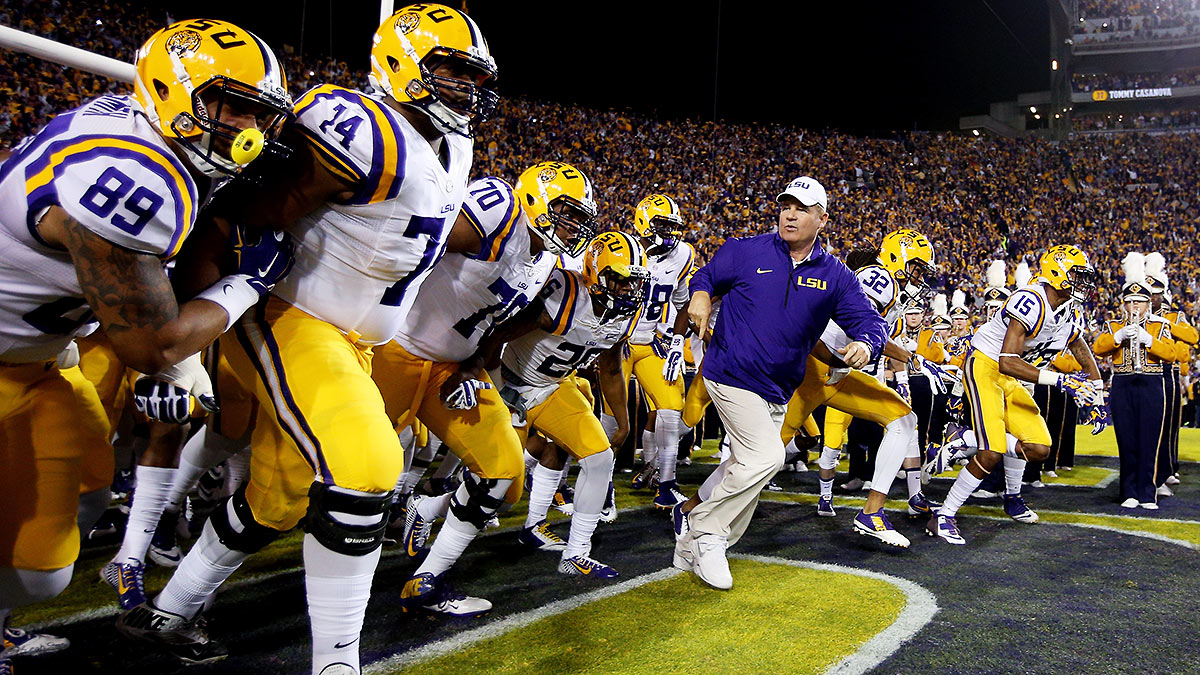 There’s really no such thing as waiting for the traffic to die down after an LSU game. Baton Rouge has interstate access, but on-ramps can carry only so many vehicles,1 and if you’d told us that LSU’s campus had housed 200,000 people for Saturday’s game against Alabama — twice the number that can actually fit inside Tiger Stadium — we wouldn’t have blinked. Hordes still lingered on the tailgating grounds in the wee hours of Sunday morning as we inched our way off campus. The spiraling stadium concourses had spun out the last of the fans hours before, yet there we sat in bumper-to-bumper traffic.

The Bama loss was LSU’s final home game of the season, making it the last football tailgating opportunity of the year, the last ride for the game-day gumbo pots. We’ve seen this happen here before. There’s a saying at Ole Miss that while the Rebels may not win every game, they’ll never lose a party. The school in Baton Rouge tends to win both, and the games and the revelries seem to occur almost independently of one another there.

Bayou Bengals faithful trudged back to their tailgates sad, mad, and surly, Cajun accents burbling over the grisly overtime defeat to the Crimson Tide. Then they re-lit their portable fire pits and recommenced merrymaking. Young men in lurid tiger-print shirts and gold lamé pants mined kegs for beer chilled by the evening air. A cluster of fiftysomething women gyrated to the dulcet strains of “Talk Dirty to Me.” There was no sense of defiance; it was all very matter-of-fact: The game is finished, so now we dance. This, sweet pilgrim, is Baton Rouge. 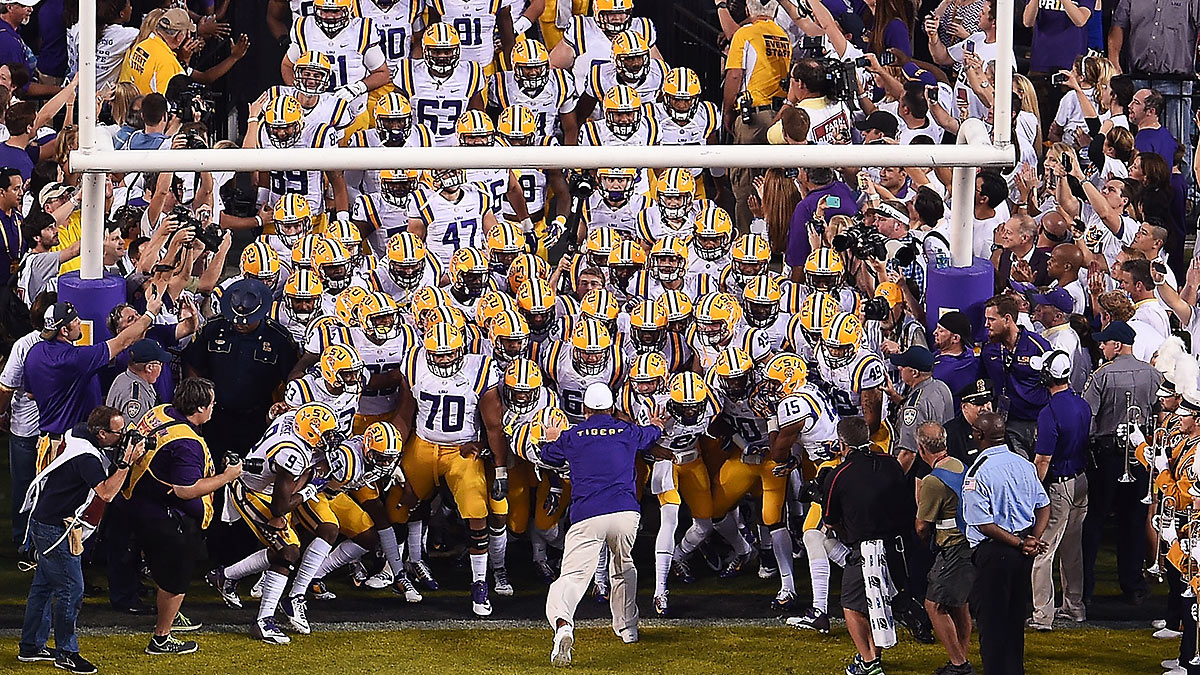 This isn’t a new phenomenon, but it always leaves us just a little bit awestruck that human souls can go through a game in Death Valley — a stadium that looks like a structure plucked out of Epcot and deposited neatly in south Louisiana, but that feels more spiritually akin to Thunderdome — treading in a sea of 102,000 howling partisans,2 two phalanxes of marching bands, and occasionally a live tiger.3

And how about this game in particular: against a program coached by a man who left the home team for the NFL, then returned to helm a division rival; with four hours of Sweeney Todd quarterbacking and even bloodier defense; a fourth-quarter lead lost late;4 the home team on the wrong end of the highlight reel in overtime;5 and ultimately a fourth straight loss to the Tide? We’d have been snuffling and cussing behind the wheel all the way back out of town, and you probably would have, too. But these people plug the karaoke machines back into their generators and carry on carrying on. There is the game, and there is the dance, and each informs the other without ever holding the power to diminish. 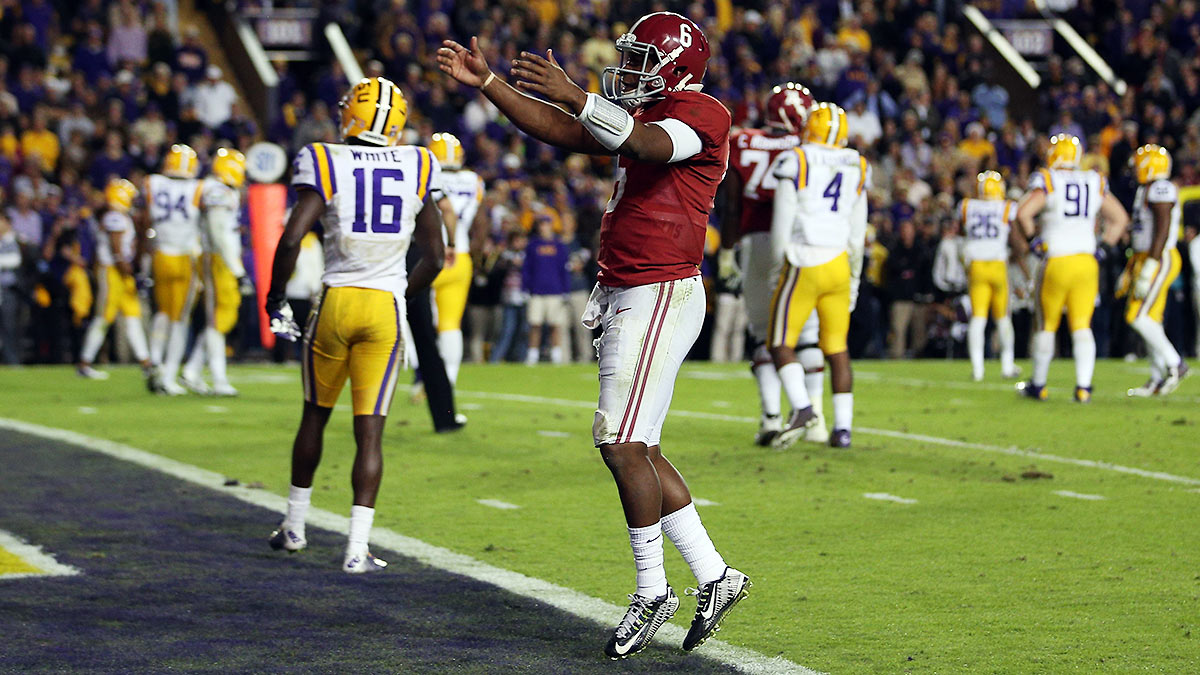 The loss was LSU’s third of the season; all three have been against SEC West teams. The scores here and against Mississippi State were close; the one at Auburn was not. The Tigers did claim one high-luster division pelt by taking down Ole Miss, and will finish the regular season with back-to-back road games at Arkansas6 and Texas A&M. LSU is a reload-not-rebuild program, but when there’s enough reloading to do, it does take time. The Tigers have played, by Miles’s count, 17 freshmen this season.

LSU is also one of those programs for which, thanks to its lofty floor, this already counts as a down year: Miles’s first Bayou Bengals squad finished 11-2 in 2005 and won the Peach Bowl; under his regime the Tigers have never finished worse than 8-5, never gone without a bowl bid, and are 6-3 in the postseason, including two national title game appearances. They’re an institution in the SEC West, and that status will take some scrabbling to maintain. That’s not a knock on LSU but a reflection of a division entirely void of teams on which we can currently sleep.

Equally remarkable in this current climate is having a coach who himself is an institution. Miles took over the same year Steve Spurrier returned to the SEC, and the only coaches who’ve helmed teams longer in this league are Mark Richt at Georgia and Gary Pinkel at Missouri.7 Miles has been here long enough to become a fixture in the community and for his children not to be curiosities at their schools. He’s seen enough wild shit in his time here — we’re thinking specifically of the 2007 team, but throw in the 2005 and the 2011 squads for more context — to absorb this heart-stopping loss as just one more data point in a very large sample size, and to get pragmatic about it. Pressed Monday during his weekly media appearance for his thoughts on a penalty call that gave Bama a significant advance late in the game, Miles asked the reporter, “What’s the score of the game? The one we just played in? If that sucker could change, you would see an entirely different guy at the podium.”

Following that press conference, Miles took a few minutes to chat with Grantland about longevity, economics, the zodiac, and a little football. 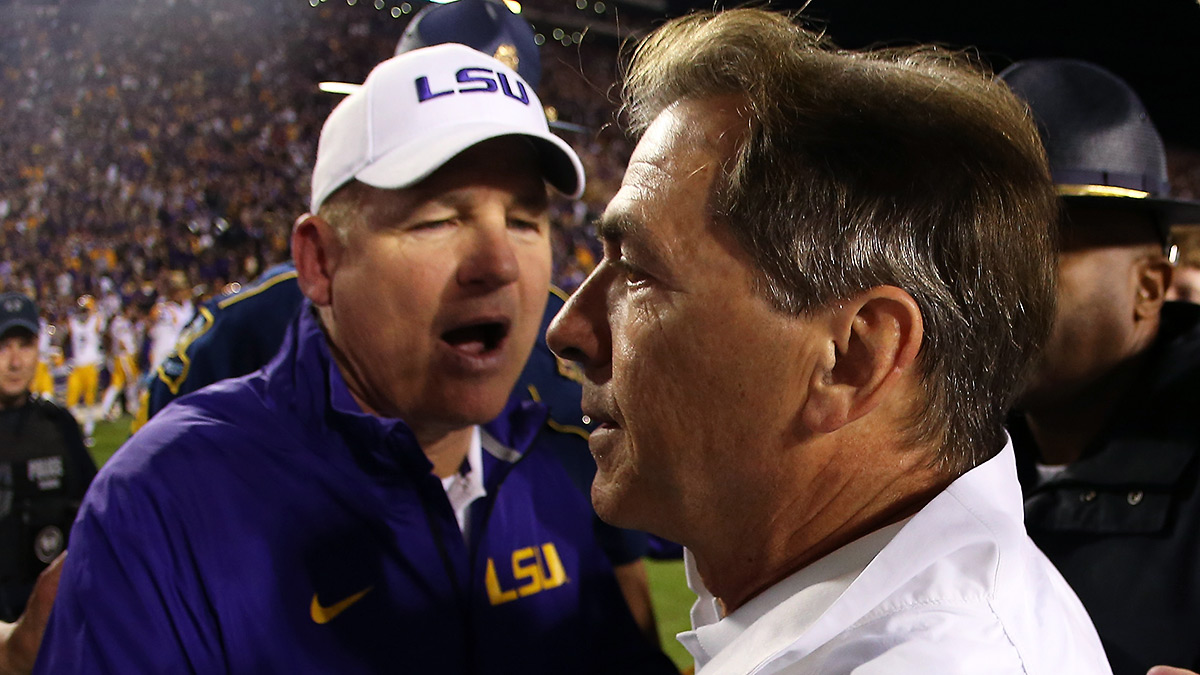 Thank you very much.

Yeah, I got plans. I got practice this afternoon, and I’m watching film after practice. When I get home I think my kids’ll be asleep.

That’s something I wanted to ask you about: the ability to be a coach and a human. You’ve been here so long that you have a life here, and your family’s able to have a life here. That’s unusual in this field.

Click here for all of our interviews with fascinating people from the worlds of sports and pop culture.
We’ve enjoyed Louisiana, and I have four children who call Baton Rouge home. My wife and them are — they really enjoy being here. My son’s a very capable quarterback; the other son is a sophomore player in football and wrestling; my youngest daughter’s in fast-pitch softball9 and running off to events with the team; my other daughter’s a swimmer and enjoyed wonderful opportunities provided by the community. The point is, I cannot do this job without my family comfortable in their environment, and they are extremely happy here.

What about you as a coach now, and as a coach in 2005? Where have you evolved the most?

I think I ask more of me all the time. I think that’s good. I ask myself to be more meticulous than I did when I first got here.

You gave your players a 48-hour window to process the loss. With so many inexperienced guys on this year’s team, has it been harder to get them past frustrations?

Youth requires more coaching and more direction. But it also allows for what can be a very youthful, but very great, very talented play. You have to encourage that and coach against the not-excusable mistake.

And now that all your inexperienced guys aren’t that inexperienced anymore, where do you feel the biggest differences are between the team you have and the one that played Wisconsin in Week 1?

I think it’s our lines. The interior of our team has really come of age. I think Kendell Beckwith in at Mike10 has made [the linebackers] a lot better. [The defensive line] has played so well lately. They come off the football like they’re supposed to; they use their hands like they’re supposed to. We’re going to be very talented there.

Is it difficult to try to resist changing things around on some players when what they really need is time?

I don’t think so. They just need reps.

Not to drag you back into more officiating conversation, but when the game turns on something like a disputed call, how do you go about teaching the acceptance of that?

Here’s what we do in football: We believe that when we step across the lines, everything is even. And that it will be officiated in a very straightforward, open, and even manner. And when those things don’t happen, that is the most difficult piece to deal with. Because in 99 percent of the games, the officials aren’t perfect, but you can see there’s a reason for that call and this call. It’s very difficult to explain to young players when those things that are normal become erratic.

You’ve experienced all kinds of swings with this team — from the ’05 to the ’07 to the ’11 teams — just these wild victories and heartbreaks. Does that leave you with faith in some kind of balance to it all?

To be honest with you, I’ve always enjoyed the view that my team has character. They recognize the position that they’re in. And the only thing that makes us feel better, after a week of hard work and preparation, is victory. There is no other solace. At the end of the week, you just need victory.

Reaching way back for a minute, how often do you find yourself using your economics training11 in that process? Or do you?

Scaling. When I think about teaching and about performing a practice, I want to make sure that I use my time so that I best serve my players and to teach them most effectively. And that comes, really, from that: economies of scale. Logic, discipline. I think there’s logic in lots of disciplines: in writing, in reading, and certainly math. But I think the basic premise of economics, the law of supply and demand, [is that] the scarce resource that’s coveted costs more. The very plentiful resource that’s not needed costs much less. I promise you, it helps me in evaluating what is a logical decision.

Enjoy the rest of your birthday. You’re a Scorpio?

MLB Preseason Predictions Revisited: How Well Do Players and Executives Know Their Own Teams?