It’s Not Quite a Miracle, But the Angels Have Achieved AL West Salvation 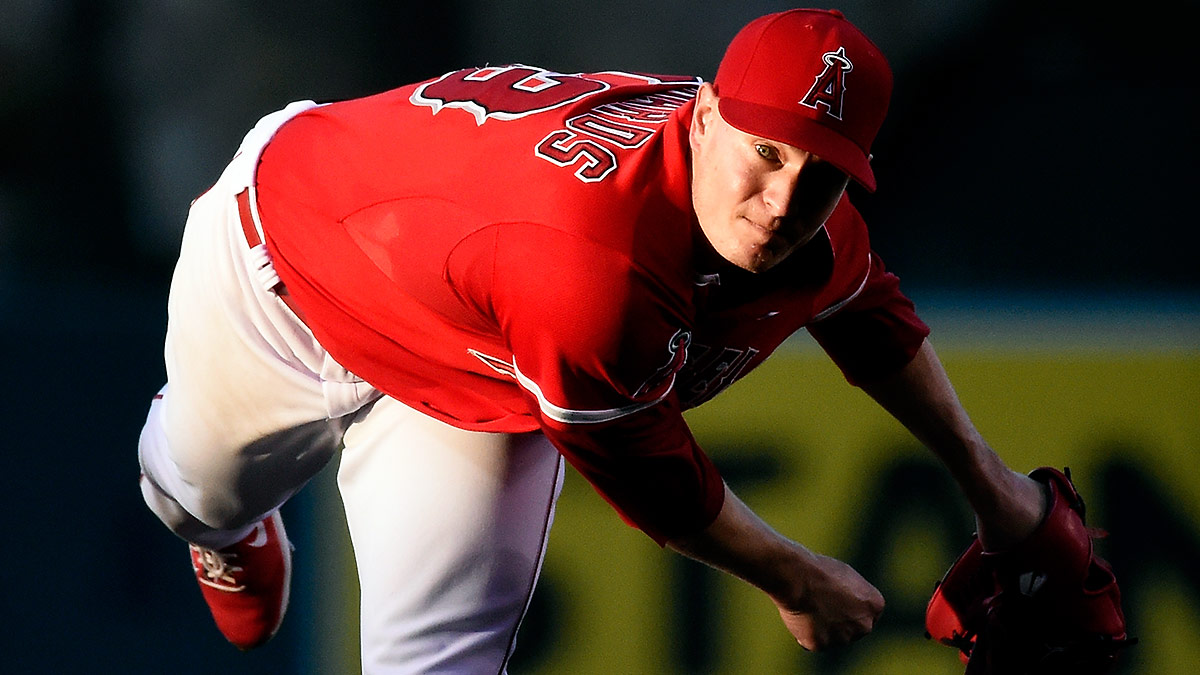 Baseball is unlike real life in that it features levels of stupidity that cannot be overcome by sheer force of economic might. Last year, the Los Angeles Angels of Anaheim paid $61.1 million total to Albert Pujols, Josh Hamilton, Jered Weaver, and C.J. Wilson, two recent MVPs and two well-regarded starting pitchers, yet finished below .500 despite also having Mike Trout, the best player of the past 10 years, play 157 games for the league minimum.

Two decades, two franchise names, and several uniform patterns ago, the Angels were the subject of a movie that mirrored their 2013 season: A young star destined for great things tried as hard as he could, but four big names1 didn’t really do much. The result: No matter how much the manager yelled, the Angels were so bad that a deadbeat father felt comfortable guaranteeing that if they made the playoffs, he’d hop off his motorcycle for a moment and rescue his heartbroken son from foster care.

Baseball is also unlike real life in that every spring, the missteps of the previous year are washed away like the sins of a newly baptized convert. This season, the Angels have taken full advantage of their salvation. They brought back more or less the same core that won 78 games last year, and they set out to play in the game’s most difficult division. The Oakland A’s were probably the best team in baseball before this year’s trade deadline, and then they added Jeff Samardzija and Jon Lester. The A’s and the Seattle Mariners own the two best run differentials in baseball, which makes beating either, let alone both, of them a difficult climb.

Yet it’s a climb the Angels have managed with relative ease, ascending the standings the way a savvy mountain goat ascends a cliff, and over the weekend, they reached the summit. After winning those 78 games in 2013, the Angels already have won 72 in 2014, and they still have 40 more to go. Amid Anaheim’s steady surge and Oakland’s current five-game losing streak, the Angels are now in a statistical dead heat with the A’s atop the AL West standings.

Bill James once wrote that “miracle” teams improve rapidly from one season to the next and tend to follow a pattern. While I don’t know if anyone’s throwing around the word “miracle” for this team, there’s undeniably a pattern that might be familiar to Angels fans.

Usually a radical turnaround isn’t actually that radical: One or two ineffective veterans are replaced by better, younger players, and a couple of incumbent starters have breakout seasons. Beyond that, changes tend to be incremental.

Sure enough, the Angels traded away Mark Trumbo in a three-way deal this offseason. In return, they got two young left-handed starting pitchers, Hector Santiago and Tyler Skaggs. Those two, along with 27-year-old Matt Shoemaker, have been a marked improvement over 2013 starters Joe Blanton, Jerome Williams, and Tommy Hanson, which isn’t hard to do. Skaggs, currently on his way to Tommy John surgery, might be better than Blanton even with a torn UCL. Meanwhile, C.J. Cron and Efren Navarro have replaced Trumbo’s production in the lineup.

Last year, the Angels’ bullpen was the third worst in the American League according to Baseball-Reference’s Wins Above Average metric, and that’s one area the Angels have truly overhauled. Holdover Kevin Jepsen has been much improved, and GM Jerry Dipoto, himself a former major league reliever, has surrounded Jepsen with quality colleagues. Huston Street, Jason Grilli, Joe Smith, and Fernando Salas have all enjoyed consistent major league success, and all have been better than departed closer Ernesto Frieri, which, admittedly, is even less difficult than being better than Blanton. The Angels’ bullpen isn’t reminding anyone of the Weber/Donnelly/Rodriguez/Percival set that took home a title in 2002, but it’s been more than two wins better this year than last.

Then there are the two big breakout seasons. Last year, J.B. Shuck was the Angels’ primary left fielder. Shuck is the second coming of Reggie Willits, and is therefore not the kind of player a would-be contender wants qualifying for a batting title in an outfield corner. In his place the Angels have installed 26-year-old Kole Calhoun, who has been even better as a starter than he was in a bench role in 2013. Calhoun’s 136 OPS+ is second on the team behind Trout’s, and his 3.2 WAR is third behind Trout’s and Howie Kendrick’s.

The other 26-year-old who’s thriving in a bigger role is starting pitcher Garrett Richards. The one thing that’s keeping me from believing in Los Angeles as a World Series contender is its lack of starting pitching. If the Angels are going to win the pennant and reunite broken families, they’re going to have to go through some combination of the Royals, Tigers, A’s, and Mariners, all of whom have some scary starting pitchers. Richards is the best the Angels have.

One of the hardest throwing starters in the game, Richards spent time in the rotation and bullpen last year and was nothing special. This year, however, he’s increased his strikeout rate by half and was probably the best starting pitcher not to make the All-Star team.2 If the Angels win the division, he’ll draw Game 1 of the ALDS. If they don’t, he’ll be the guy Mike Scioscia will send out against James Shields, David Price, Max Scherzer, Felix Hernandez, or Hisashi Iwakuma in a win-or-go-home play-in game.

Why Won't Jacksonville Let Us Meet the Bortles?