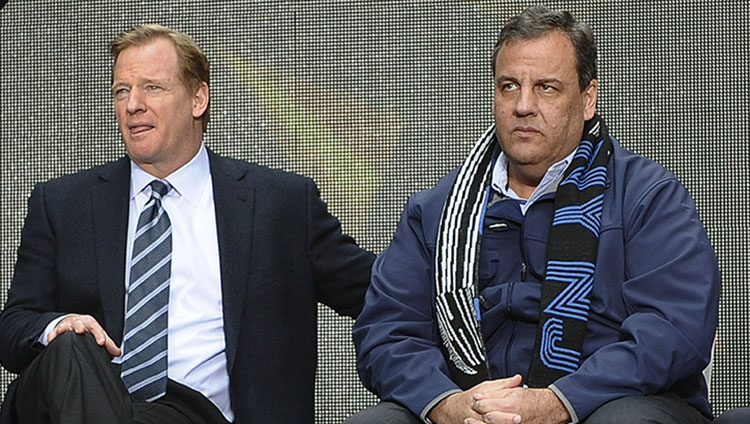 While nobody was watching, and while the U.S. Open apparently was being played on the surface of Mercury, a lot of very strange people sneaked into the wide, wide world of sports in the last couple of weeks. I do not mean the occasional senator or transient governor weaseling their way into the owner’s box at a game so they can look like Reg’lar Folks to all the actual reg’lar folks watching at home. That is now to be expected.1 Political freeloading became an essential part of sports the moment President William Howard Taft managed to toss a baseball past all 12 of his chins to start the 1910 season. No, what we’ve seen in the last few weeks is a full-scale collision between the institutions of sports and the institutions of government.

We have people from an influential think tank diving into Deflategate, a.k.a. The Flaming Nonsense That Will Not Die. In one Supreme Court decision, a justice made an eyebrow-raising comparison to both Oklahoma State and Notre Dame. In another one, handed down the very next day, we had a cameo appearance by Warrick Dunn, the former Tampa Bay Buccaneers running back, whose life story was used as an argument for putting to death the potentially mentally handicapped man who’d killed Dunn’s mother. Usually, in the course of reading Supreme Court opinions, you can hurt your neck only by falling asleep and dropping your head suddenly down onto your chest. In each of these cases, however, I jerked upright in the classic Scooby-Doo fashion. It was like reading Moby-Dick and coming upon a 40-page recipe for Boston cream pie, or turning a page and finding zombies chasing Scout and Jem down the streets of Maycomb.

That our sports wield too much influence is so far beyond question at this point that it isn’t even worth discussing anymore. But this seems to differ by an order of magnitude. For example, the American Enterprise Institute is supposed to be turning out young staffers for the upcoming Ben Carson administration. Wading into the foolishness surrounding the air pressure of the footballs used in the first half of a 45-7 AFC Championship Game seems to be pretty far outside the ordinary AEI portfolio. Nevertheless, just in time for Tom Brady’s hearing in front of Roger Goodell, the AEI produced a report debunking the Wells Report on which Goodell based his punishment. Those of us who realized long ago that the AEI is an intellectual shop that rarely produces a report that surprises anybody else at the AEI are naturally a little suspicious that its Deflategate study established a conclusion and then tailored the available evidence to fit. Nonetheless, the report has a lovely intellectual gloss to it, and it does poke some new holes in the already tattered Wells Report.2

There remains the mystery of why the AEI got involved at all. Bountygate was infinitely more important than this bit of alleged gamesmanship, something systemic that involved the health and well-being of many of the featured performers in a hugely profitable entertainment entity. All I can think of is that the AEI never forgets how its bread gets buttered, and it has lined up with the wealthy people who play the game rather than the wealthy people who run it. It’s a no-lose situation. I expect any day to discover that there is a “market-based” solution to the problems with the replay system. 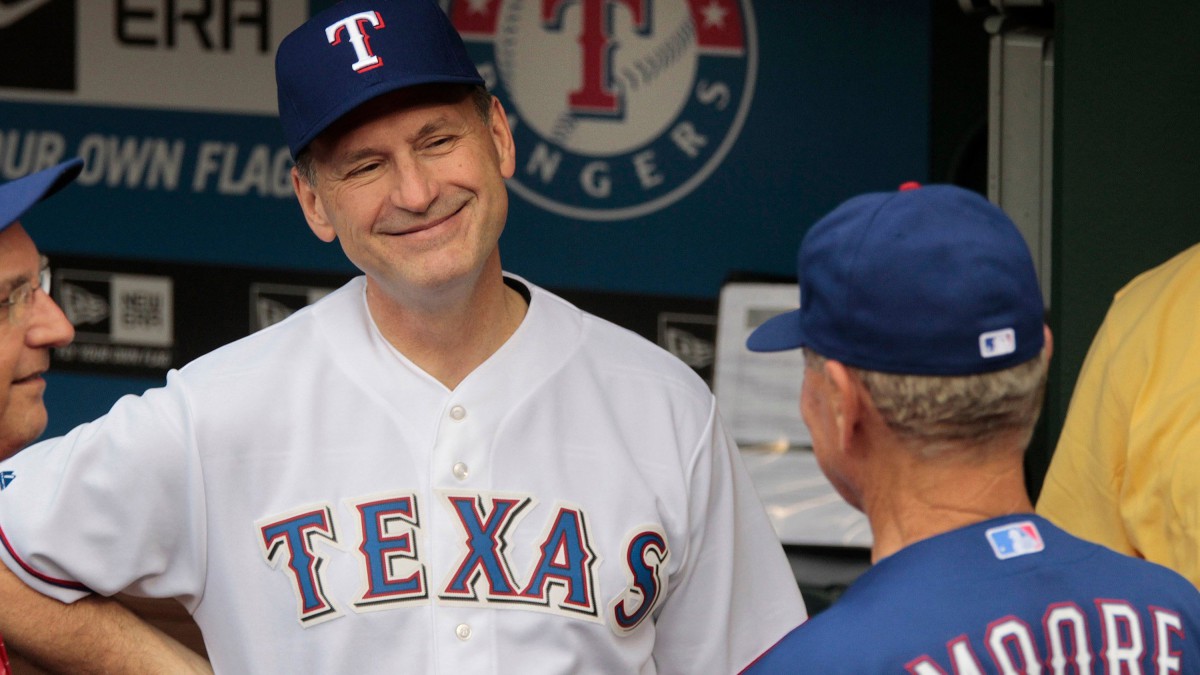 I know many people who are fans of the University of Notre Dame. Generally, we get along. However, and this is a big however, every damn one of them gets a microchip implanted in their heads during freshman orientation so that whenever anything remotely unflattering is written or said about the Fighting Irish anywhere on earth, their eyes turn red and they coalesce into one great Twittering hive mind. It is for this reason that I advise Supreme Court justice Samuel Alito to stay out of South Bend for at least a decade.

At issue in the case of Walker v. Sons Of Confederate Veterans was whether the state of Texas should be forced to issue vanity license plates that include the Confederate flag. The Court ruled that it should not. Alito, however, was in the minority, and in his dissent, he made the following argument:

If a car with a plate that says “Rather Be Golfing” passed by at 8:30 am on a Monday morning, would you think: ‘This is the official policy of the State — better to golf than to work?’ If you did your viewing at the start of the college football season and you saw Texas plates with the names of the University of Texas’s out-of-state competitors in upcoming games — Notre Dame, Oklahoma State, the University of Oklahoma, Kansas State, Iowa State — would you assume that the State of Texas was officially (and perhaps treasonously) rooting for the Longhorns’ opponents? And when a car zipped by with a plate that reads ‘NASCAR — 24 Jeff Gordon,’ would you think that Gordon (born in California, raised in Indiana, resides in North Carolina) is the official favorite of the State government?

Let’s leave aside the fact that there’s no reason to bring Jeff Gordon into this unless you’re just trolling for fistfights in places like Talladega. How do you suppose the good people at Our Lady of the Two-a-Days are going to feel about someone who compares their fans to the Army of Northern Virginia? (I’m not entirely sure that the Domers won’t be more insulted at being compared to Oklahoma or Kansas State.) In any event, Justice Alito would be advised to avoid northern Indiana for a while. Them people crazy.

And finally, we come to Justice Clarence Thomas and the case of Brumfield v. Cain. Kevan Brumfield is a death-row inmate in Louisiana. He murdered Warrick Dunn’s mother when Dunn was 18. The majority of the Court ruled that Brumfield was entitled to a hearing on his mental status. (Executing the mentally disabled was declared unconstitutional in 2002.) Justice Thomas dissented, and in doing so, he read into the record a large portion of Dunn’s autobiography and stated:

This case is a study in contrasts. On the one hand, we have Kevan Brumfield, a man who murdered Louisiana police officer Betty Smothers and who has spent the last 20 years claiming that his actions were the product of circumstances beyond his control. On the other hand, we have Warrick Dunn, the eldest son of Corporal Smothers, who responded to circumstances beyond his control by caring for his family, building a professional football career, and turning his success on the field into charitable work off the field.

Ultimately, the entire case is heartbreaking. Dunn lost his mother before he ever got to college and, if the supporting evidence is to be believed, Brumfield never had a chance for much of a life. What Dunn did in his circumstances was remarkable. What Brumfield did was tragic. But there is something notably unseemly about using Dunn’s story as an argument in favor of executing Brumfield regardless of his mental state. We are all accustomed to the up-close-and-personal morality tales that sports use to sell themselves — an endless stream of Cinderella stories with dozens of glass slippers, all bearing the Nike logo. It makes us feel better about ourselves and the society we have worked to build. But this strikes me as a pernicious use of that ancient trope. This is bringing the most familiar genre of sports propaganda into the death chamber itself, judging whether to take a man’s life by using the dramaturgy of an NFL Films documentary as a guide. There are serious people with serious responsibilities regarding serious issues. And then there are sports. Please, God, we don’t need to confuse them further.