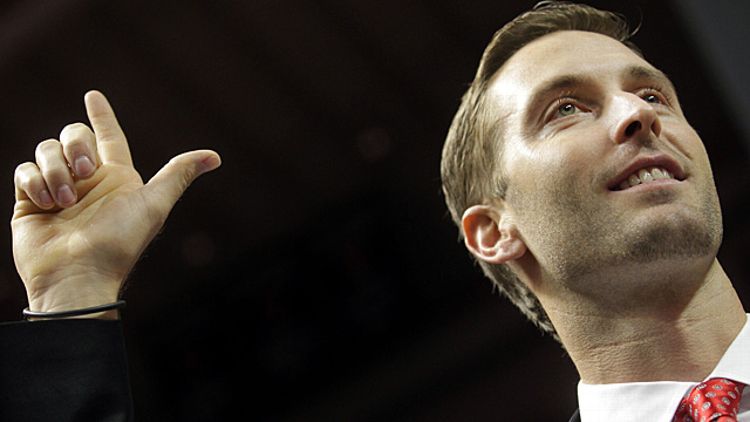 I have never been to Lubbock, and therefore I have never visited Chrome, the clothing store owned by Texas Tech alum Stephen Spiegelberg, who became the source of mockery this week when a rather fervid marketing memo he sent to a deputy athletic director at the school was forwarded to Deadspin. Here is what my research reveals: According to the utterly impartial reviewers at Yelp, it is pretty much the only designer boutique in town; according to these reviewers, its salesgirls are skinny and impatient and mostly naked, and they occasionally make snide references to Nordstrom.

So I guess I shouldn’t be surprised at the tenor of Spiegelberg’s memo, which is so utterly Zoolander-ish that I have to wonder if he wrote it just to attract attention to his wide selection of designer denim. And yet beneath all the bluster about Tom Landry’s fedora and the media’s (admittedly true) wizard fetish, his larger point is not entirely insane: Coaches have always been the face of college football, and coaches have long established an identity through iconography, and the iconography of the Red Raiders’ newest head coach, Kliff Kingsbury, is indeed unique to the sport.

Part of this is because Kingsbury is only 33 — old enough to take charge but young enough to still feel connected to youth culture — but part of it is because Kingsbury (a former Tech quarterback under Mike Leach) is the first college football coach I can remember — maybe the first college football coach ever — who seems to purposefully embrace a somewhat modernist personal style. He wears skinny ties and fitted long-sleeve T-shirts; he has strategically cultivated facial hair and wears Oakley sunglasses, and all of this has already inspired the local newspaper to write trend pieces about him. Beyond that, he seems almost preternaturally chill. (Here is an interview with Kingsbury during the Meineke Car Care Bowl of Texas, shortly after he took the Tech job; asked what he might be looking at while watching his future team play, he says, “Kinda just taking in the ball game.”)

Notwithstanding Spiegelberg’s zeal, I wouldn’t blame Texas Tech if they chose to take advantage of this. As a Big 12 school located in a West Texas town that has never exactly been synonymous with modernity — you may argue that Leach’s brand of football, like Kingsbury’s, was cutting-edge, but I would counter by saying that his embrace of pirates was decidedly retro — I would not fault them if they utilized Kingsbury’s look as a method of rebranding the entire university, or as a way of competing for recruits and television viewers with the Whole Foods socialists over in Austin. I mean, how does it hurt Texas Tech, as an institution, if they do find a way to brand Kingsbury outside of hard-core college-football circles?

This, though we may not like to admit it, is part of what football coaches are for. Ever since the University of Chicago hired Amos Alonzo Stagg in the early 20th century, coaches have been public faces for the universities that hire them. It is true at Alabama, where fans still wear houndstooth 30 years after Bear Bryant’s death; it is true at Penn State, where fans so embraced Joe Paterno’s anti-modernist style — glasses, rolled-up pants — that many refused to let go of their attachment to it even after the crimes of Jerry Sandusky obliterated everything they thought they knew.

Maybe this is part of the problem with college sports, and maybe Spiegelberg’s memo exposes the inherent absurdity and cynicism behind that whole idea. But you cannot say there isn’t a point in there somewhere.