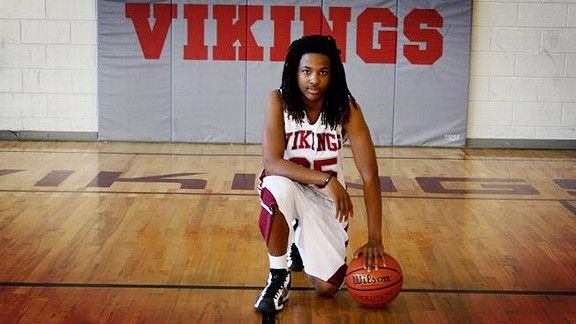 Florida State has revoked its scholarship offer to Brian Bell, a football recruit who is named in a lawsuit concerning the death of Kendrick Johnson, the 17-year-old who was found dead at Lowndes High School in Valdosta, Georgia, in January 2013. Bell is a three-star linebacker from Lowndes and was committed to Florida State for nearly a year. Last month, Bell was listed as a defendant in a wrongful death suit filed by Kenneth and Jackie Johnson, the parents of Kendrick Johnson, whose body was found rolled up in a gym mat in the Lowndes High gymnasium. Tuesday, multiple outlets reported that Bell was unlikely to sign with the Seminoles. Wednesday, his high school coach issued a statement confirming that his scholarship offer had been revoked.

In September 2013, Grantland published a lengthy story detailing the mysterious circumstances surrounding Johnson’s death and the inconsistencies in the initial investigation by local authorities. The following month, U.S. Attorney Michael Moore announced a federal probe into the case. That investigation is ongoing.

This is a muddy, confusing, and complicated case, made all the more difficult by the involvement of people, like Bell, who were minors at the time of Johnson’s death. But we’re going to try to parse the developments and explain what has happened with the case.

How did Kendrick Johnson die?

Local authorities initially ruled his death an accident. The Johnsons never accepted this explanation and began campaigning for a more thorough investigation almost immediately after his body had been found.

The coroner was not immediately notified after Johnson’s body was discovered, and the sheriff’s official account of what happened — that Johnson fell into a mat while reaching for a shoe, then became stuck there and died — seemed improbable. An initial autopsy, performed by the Georgia Bureau of Investigation, declared the cause of death to be positional asphyxia, but a second autopsy, paid for by the Johnsons’ attorney and performed by an independent pathologist, declared the cause of death to be blunt-force trauma. The second autopsy was complicated by the fact that by the time the pathologist received Johnson’s body, all of its organs had gone missing. For a much more detailed look at the initial investigation, read Grantland’s 2013 story.

How does a Florida State football recruit factor into this?

There are two reasons Bell’s name has come up in this case. First, he and his brother Brandon received letters from the U.S. attorney’s office informing them they were targets of the grand jury investigation, according to the Atlanta Journal-Constitution.

Second, both of the Bell brothers, along with their father, are named in a wrongful death suit filed by the Johnsons. The suit alleges that a female student lured Johnson to an unnamed location, whereupon he was fatally beaten by the Bell brothers and at least one more student. It then says that the defendants put his body inside the mat, where he was found the next morning.

The suit goes on to say that local and state government officials engaged in a conspiracy to cover up the circumstances surrounding Johnson’s death. It alleges involvement by the Bell brothers’ father, Rick Bell, who is an FBI agent.

In an interview with the Valdosta Daily Times, Karen Bell, the mother of Brian and Brandon Bell, described the lawsuit as “frivolous and without merit.”

Is Brian Bell considered a suspect?

While the Bell brothers are defendants in the civil suit brought by the Johnsons, no law enforcement official has named either of the Bells as criminal suspects. The local sheriff’s office has stood by its initial ruling that Johnson’s death was accidental. Federal investigators have said very little since beginning their investigation in October 2013. The target letters, however, indicate that the federal prosecutors have found reason to investigate the Bells. According to the AJC, which cites the U.S. Attorneys’ manual, such letters must be sent whenever a prosecutor believes he or she has “substantial evidence linking (the recipient) to a commission of a crime and who, in the judgment of the prosecutor, is a putative defendant.”

Johnson and Brian Bell had a history. The two had been disciplined for a fight that took place on a bus coming home from an away football game in 2011, when both were Lowndes High football players. The suit alleges that Brandon Bell, Brian’s older brother, later told Johnson, in reference to that fight, “It ain’t over.”

As for the day of Johnson’s disappearance, local law enforcement officials have put forth alibis on the brothers’ behalf. “We pulled the class attendance records,” Lowndes County sheriff’s deputy Stryde Jones told the AJC. “One of the brothers had checked out prior to Kendrick entering the gym for a state wrestling tournament. The other brother was in his class, was not tardy. And then we checked the video of the gym and we don’t see him anywhere around the gym area.”

Lowndes High football coach Randy McPherson released a statement to the Valdosta Daily Times on Wednesday morning: “Last Wednesday morning Coach Jimbo Fisher told me that the FSU Athletic Director and the president would not let him give Brian Bell a scholarship. We went to meet with the FSU president the next day. The next morning, Jimbo called me that they still were not going to let him give Brian a scholarship.”

Prior to these most recent developments, Bell reportedly had offers from Clemson, Georgia Tech, and Louisville, among others. It remains unclear whether he will sign with another FBS program.

It’s unclear when the U.S. attorney’s office will complete its investigation, but the case will likely hang over Valdosta and the Bell and Johnson families until then, and perhaps for long after.