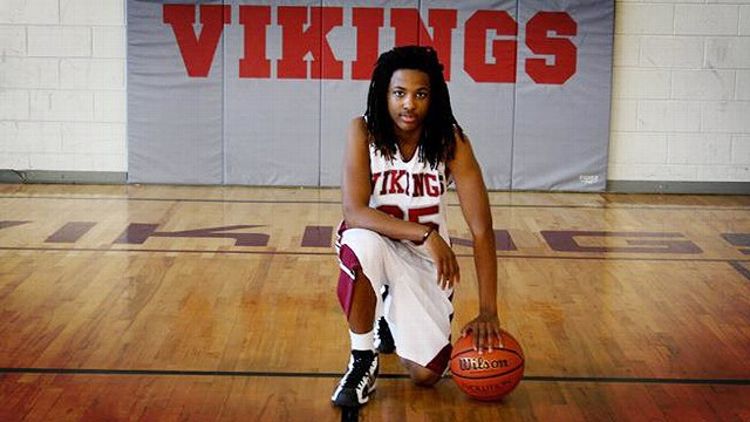 This morning, Kenneth Johnson walked to the empty bedroom in his home, knelt down, and kissed a picture of his son. If he were still alive, today would have been Kendrick Johnson’s 18th birthday.

The Johnsons got a cake. They sang “Happy Birthday.” And they stood, again, on the steps at the Lowndes County Judicial Complex in Valdosta, Georgia, and they demanded, again, that law enforcement find justice for their son.

Last month, Grantland detailed the mysterious circumstances surrounding Kendrick’s death. On January 11 of this year, the multisport athlete was found dead in the Lowndes High School gymnasium, his body inside a rolled-up cheerleading mat. Local authorities declared his death an accident. Kendrick’s family believe he was murdered. And in the five weeks since an independent autopsy report declared that Kendrick died of “non-accidental blunt force trauma,” troubling details about the case have emerged.

A Death in Valdosta

Multisport athlete Kendrick Johnson was found dead in his Georgia high school’s gymnasium in January. Authorities ruled it an accident, but Johnson’s family believes something very different — and a second autopsy appears to support their suspicions.

• When forensic pathologist Bill Anderson received Kendrick’s body before performing a second autopsy, all of Kendrick’s internal organs — including his brain, his heart, and his lungs — were missing, as first reported by CNN. Instead, Johnson’s body was filled with newspaper.

• The image of a corpse filled with newspaper is shocking, yes, but beyond that, it was troubling for Anderson because it limited his ability to draw conclusions about how Kendrick died. Anderson found evidence of blunt-force trauma in Kendrick’s tissue and bones, but he would have benefited from examining Kendrick’s organs. Most significant were the lungs. The initial autopsy report declared that Kendrick died of “positional asphyxia.” Yet the report noted that Johnson’s right lung weighed 260 grams and his left weighed 240 grams. Anderson has said that if Kendrick did in fact die of positional asphyxia, his lungs likely would have weighed much more. Yet with newspaper now filling the space where his lungs once were, Anderson could not know what, exactly, the lungs may have shown.

• The Georgia Bureau of Investigation, which conducted the autopsy, told CNN that it returned all of the organs to the body before sending it to the funeral home for burial. Yet the funeral home director wrote in a letter to the Johnsons that he never received the organs.

CNN also obtained photos and video that further show what the gym looked like at the time Kendrick’s body was found. Of note: A shoe, which did not belong to Kendrick, was found yards away from his body, flecked with what appears to be blood. (The sheriff’s department said the substance on the shoe was not blood, so the shoe was not collected as evidence.)

• In the story last month, Grantland noted the presence of blood on the wall in the gym. CNN’s footage shows exactly how much blood there was — several streaks, running side-by-side down the white wall. Authorities tested the blood for DNA and found that it did not belong to Kendrick. Yet the blood’s origin remains a mystery; no other tests have been done. “Why not test it to be sure?” said Chevene King, the Johnsons’ lawyer. “When you know there are this many questions surrounding the case, why leave any doubt?”

The Johnsons are pushing for a federal investigation into their son’s death. As for what comes next, they’re hoping to gain access to more evidence. In the incident report, which Grantland acquired through an open records request, most names are redacted. The sheriff’s department said it did this to protect the identity of minors. Likewise, the sheriff’s department and the school have not released surveillance footage, which they also say would reveal the identity of minors. The Johnsons are petitioning a judge to declare the redactions illegal, King said, and a hearing will be set in the next few weeks.

So this morning Kenneth Johnson stood on the steps and stared into cameras, while his wife, Jackie, stood behind him and cried. “Today is Kendrick’s 18th birthday,” Kenneth said. “I want to say to the school, to the sheriff’s department — let’s give him a good present today. Give us the videotape.”

It’s unlikely to be easy. The Johnsons not only believe their son was murdered. They also believe authorities have colluded to cover up the circumstances surrounding his death. “A conspiracy doesn’t have to mean backroom meetings at 3 a.m.,” said King. “If a number of people’s interests all happen to align in the same way, and that results in the truth being concealed — that’s a conspiracy.”