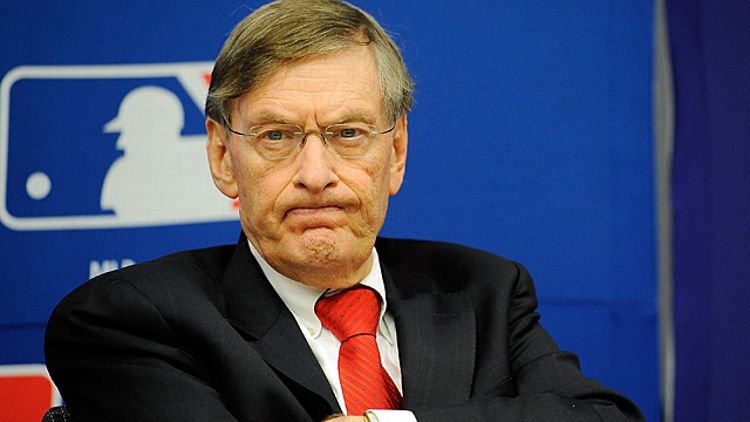 I believe Alex Rodriguez used performance-enhancing drugs in violation of Major League Baseball rules. I believe this is wrong. I believe he should be suspended.

And I think that sucks. I don’t remember much of baseball before the sport’s culture became as much about drugs as the game itself. And now the two best baseball players I’ve ever seen (pending the continued development of Mike Trout) have been eternally disgraced and are unwelcome in the game they helped make great, despite no failed drug tests between them.

This isn’t about breaking the rules, because in pursuing suspensions for Biogenesis-related drug infractions against Rodriguez, Ryan Braun, and others, Major League Baseball, in the person of Bud Selig, pursued discipline in unprecedented ways. Even though the word of someone like Tony Bosch, a scumbag with a needle, a notebook, and a motive for selling out his former clients, has never been actionable evidence for Major League Baseball (otherwise Kirk Radomski and Brian McNamee would have brought down many more All-Stars than Bosch will), it’s good enough now. Even though there are procedures for the length of drug-related suspensions, we won’t pay attention to them now, because they’re inconvenient. Justice involves clear-cut penalties for wrongdoing and a specific process for doling out those penalties. Not an evidence set of “well, I guess that must be good enough” and penalties based on “well, I guess he’s allowed to do that.” That’s not justice. That’s blackmail.

And this isn’t about integrity. Integrity isn’t running your business into the ground, having it resurrected when your employees start playing fast and loose with the rules, then turning around and throwing those employees under the bus when they become inconvenient.

Somewhere along the line, Rodriguez and Braun stopped being rulebreakers to Selig. Drug cheats fail drug tests or get caught with product and serve 50-game suspensions for a first offense.

Someone who’s interested in justice and integrity and rules doesn’t try to give someone four times the agreed-upon punishment for a crime, then throw a tantrum when his chosen adversary tells him to shove it. Selig thinks he’s entitled to be judge, jury, and executioner for crimes he ignored that he professionally profited from 15 years ago. He thinks he’s entitled not only to stage a trial or a witch hunt, but to levy extraordinary punishments when those who break the rules don’t turn themselves in. It’s blustery hubris that would shame Rodriguez himself.

This is not the first time an MLB commissioner has entered a berserker state. Baseball’s first commissioner, Kenesaw Mountain Landis, used the power of his office to preserve the racial segregation of baseball. Ford Frick, a longtime friend of Babe Ruth’s, responded to Roger Maris breaking Ruth’s home run record by delegitimizing Maris’s record. And Bowie Kuhn used the commissioner’s office to keep female reporters out of locker rooms, as well as doggedly fighting the effective unionization of baseball players. His battle against the advent of free agency would delay the start of baseball’s most prosperous era and is characteristic of the arrogant, shortsighted conservatism that is reflected in Selig’s newfound vigilance toward performance-enhancing drugs.

The irony is that by inflating the Biogenesis case, Selig is prolonging the public perception that drugs are a particular problem in baseball, as opposed to other sports. Cycling has reformed itself and moved on, even though the cloud of speculation hangs unfairly over the likes of Chris Froome (as it does over Chris Davis). Alberto Contador and Alejandro Valverde contended for this year’s Tour de France and nobody seemed unduly put out.

In football, drug suspensions are routine, yet nobody cares. In basketball and soccer, not only is there no drug outrage, there’s also no fear of such outrage becoming necessary, which seems odd in two of the most physically demanding team sports in the world. And in hockey, whose media can be just as shrill and moralistic as baseball’s, we seem satisfied that the game is totally clean except for one scrub defenseman.

Why is that? Maybe it’s because, instead of hysteria, those other sports have combated performance-enhancing drugs with rules and professionalism. The face of cycling’s anti-doping regime is one of measured discipline and solemn sincerity. Baseball’s face belongs to a finger-wagging septuagenarian who’ll pitch a fit if he doesn’t get his way.

This isn’t about ethics or justice or rules. This is about ego.

Rodriguez and Braun are going to baseball’s version of the stockade. And if Landis, Frick, and Kuhn are any example, Selig’s going to the Hall of Fame.