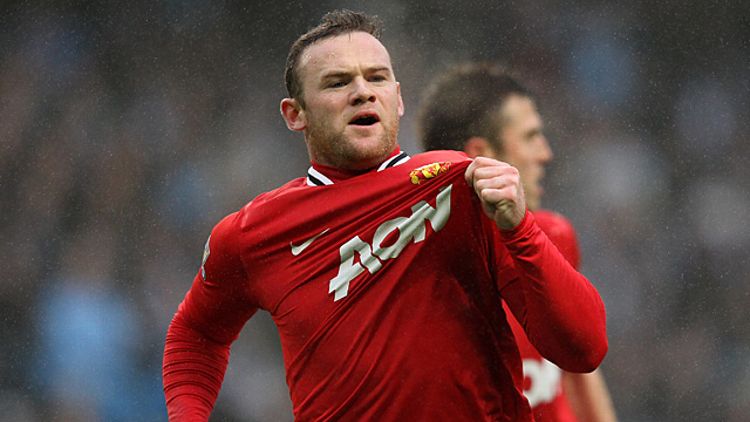 This week is going to go down as one of the most important in modern football history. Alex Ferguson, after serving Manchester United for 27 years, during which time he won 38 trophies, has decided to retire from management. Now he wants to walk around Central Park, visit American Civil War battlegrounds, and be the 71-year-old man that he is. His desire to do so is going to shape football for years. This announcement was significant enough to cause a dip in Manchester United’s stock price; loving tributes were penned, endless slide shows were constructed; pretty much anyone who kicks a ball or tells another man where to kick a ball was asked for and shared their feelings on the matter. For many football fans of a certain age, there is no football without Alex Ferguson.

So, obviously, this was the week that news leaked out that Wayne Rooney wanted a transfer. Because … football.

When something like this happens, when a player requests a transfer, or is rumored to request a transfer, it’s important to do a little reading of the tea leaves.

First, you take the situation: Shortly after one of the greatest managers in the history of the game announces his retirement, it’s reported that Rooney, two weeks prior, went to see Ferguson and requested a transfer. Ferguson reportedly told Rooney no. This is the second time Rooney has asked to leave United in three seasons. Back in 2010, he and his agent, Paul Stretford (who is very cool looking), tried to engineer his move to crosstown archrivals Manchester City. That didn’t work out too well for Rooney.

He stayed at Old Trafford, won the league in 2010-11, and had a wonderful 2011-12 season, where he scored 27 and started 32 games. Rooney had a 2012-13 he’d just as soon forget. Twelve goals and 10 assists is a pretty decent return for most, but when you’re Manchester United’s striker, and you’re making, by some accounts, £300,000 per week, a little more is expected. Besides, Wayne Rooney is not the striker for Manchester United. He’s been relegated to Mr. Fix-It duty, playing on the wing, or in midfield, rather than his preferred position, where Robin Van Persie has flourished in his first season with the club.

So he asks to leave. And two weeks later, that leaks out, in conjunction with the biggest story to hit English sports in the last decade. So then you start asking questions: Why did the news leak? Why now? Who does it benefit? And how will this situation resolve itself?

The release of this information feels like either a concerted effort by United to make Rooney look like a snake, or another incredibly stupid stunt on the part of Rooney and his team. It could be a little of both. If it was leaked by the club, it seems like an attempt to show Rooney as a self-obsessed, money-hungry malcontent. If anything, it makes Rooney look oblivious to the world around him. This should be a time when all United players toe the line, say incredibly nice things about Ferguson, win their final two matches for the man, and applaud him like the big-nosed, silver Scottish god of football he is. You do not, repeat, do not try to plot your move to another club. That’s just crass.

Well, Wayne Rooney is pretty crass. So maybe we shouldn’t be surprised that this is happening. If I had to guess, I’d say he probably doesn’t like the idea of being the second- or perhaps third-choice striker for United, and hasn’t exactly embraced the idea of playing out the second half of his career as a midfielder. He wants to score goals and kiss the badge in front of adoring home fans or livid away ones. Which badge? That’s negotiable.

There are, by my count, eight teams in Europe that can afford Rooney: Manchester City, Chelsea, Anzhi Makhachkala (LOL), PSG, Real Madrid, Barcelona, maybe Monaco, and Rooney’s rumored preferred destination, Bayern Munich. These clubs would need to pay United something like €40 million for the transfer, and then there’s the wages. Rooney also, one would assume, would want some guarantees about position, and would, of course, need Champions League football.

He’s not going to Dagestan. If he goes to Monaco, he’ll probably turn into Colonel Kurtz, and even though that would be amusing, I have to imagine his representatives have more sense than that. I don’t think he could get on the field for Barca or Bayern. He tried the City thing before and found out that that would be, quite literally, a death wish. PSG is a possibility, but you can’t play him in front of Zlatan Ibrahimovic because there are rules in this world, and they need to be followed. That leaves Real and Chelsea, both of which seem to be managed, somehow, by Jose Mourinho, who has previously expressed his interest in working with Rooney, albeit the one who did things like this:

Then there’s another possibility: He could stay right where he is. The new Manchester United manager is David Moyes. Moyes was Rooney’s boss at Everton, where he became one of the most heralded young English players of his generation, before Ferguson cut a £27 million check to bring him to Old Trafford. Moyes and Rooney certainly have a rocky past, with the manager suing Rooney over statements made in the player’s autobiography, My Story So Far. But the two have apparently buried the hatchet, and Moyes, by some accounts, still looks back fondly on his time with Rooney, the starlet.

If Moyes could do one thing in his first few weeks at United to prove he was cut from the same Tartan cloth as Ferguson, it would be to establish that he, like his predecessor, will be the one who decides who stays and who goes. Ferguson famously said in 2008, with regard to Cristiano Ronaldo’s rumored transfer to Real Madrid, that he “wouldn’t sell that mob a virus.” He sold Ronaldo in 2009 for £80 million. Maybe Rooney stays. Maybe Rooney just needs a new, angry, Scottish voice in his ear, telling him he’s the best in the world. Maybe Manchester United is his home. Watch this space. Or, alternatively, just watch Rooney’s Twitter bio.

The New Stephen Curry: How the Warriors' Super-Shooter Has Transformed His Game in the Playoffs