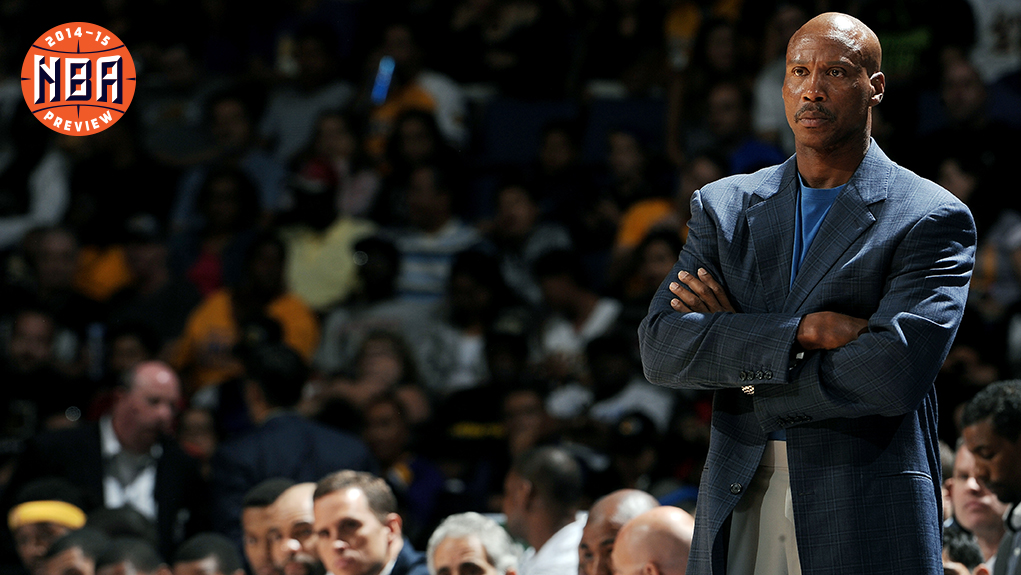 Everyone knows that a 3-pointer is worth more than a 2. What Byron Scott presupposes is this: Maybe it isn’t? Perhaps the most perplexing story line swirling in this season’s amniotic fluid is Scott’s plan to take the Lakers retro, back to the glory days of the NBA, when men were men who wore short shorts and didn’t realize that 3 is more than 2.

For those unaware of recent Lakers developments not involving Kobe Bryant’s sociopathic will to win being a turnoff for free agents now that Kobe is old, Scott has been saying stuff like:

I asked Lakers coach Byron Scott about his philosophy on 3-pointers. "I don't believe it wins championships. (It) gets you to the playoffs."

Which is interesting because:

Seven of the past eight NBA champions led all playoff teams in 3-point attempts and makes.

So, like, that seems wrong by the eye test, the stats test, and the I-remember-watching-basketball-these-last-several-years test. Which is probably somewhat troubling for Lakers fans.

Back in 1986-87, when Scott was a sprightly 25-year-old shooting guard, he played for a Lakers team that would trot to 65 regular-season wins and capture the first of back-to-back championships, all while taking 5.5 3-point attempts per game (the seventh-highest mark in the league at the time). So I guess I see where he’s coming from. Nostalgia, as an ad man once said, is like a pain from an old wound.

The nadir of Scott’s retrograde system was the Lakers’ October 12 preseason loss to the Warriors, when the Lakers took three 3s and made zero. Since that drubbing, the Lakers have gradually ticked up their attempts from deep. The next game, against the Jazz, they took five and hit zero; their subsequent games featured 13, 14, and 11 3-point attempts. They have hit, by my count, a total of three wing 3s all preseason. 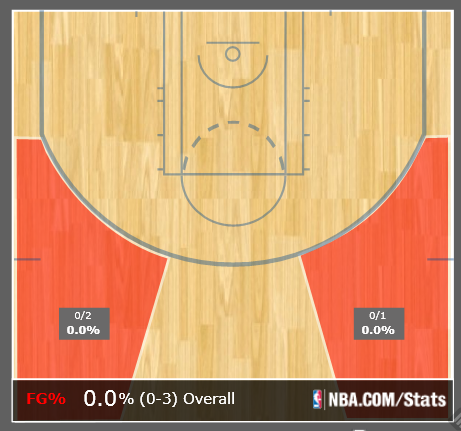 There are certainly some extenuating circumstances. Swaggy Nick is a career 38 percent shooter from 3, and he’s out for several weeks with Kobe-related ligament damage. Steve Nash, one of the great shooters in league history, has been done in, probably for good, by nerve damage in his crumbling back. Still, the Lakers have six players on the roster who shot 35 percent or better from deep last season, not including Kobe, who is a career 34 percent 3-point shooter. In short, they have guys who can and should, in theory, put up 3-pointers.

But: “Our game plan is really to get to that basket,” said Scott after L.A.’s opening preseason win against Denver. “I like the fact that we only shot 10 3s. If we shoot between 10 and 15, I think that’s a good mixture of getting to that basket and shooting 3s.” The league average last season was 21 3-point attempts per game. And, hey, the last team to average less than 15 3-pointers was the 2012-13 Grizzlies, and they won 56 games. Sure, those Grizz had an overpowering inside game with Z-Bo and Marc Gasol, but that is neither here nor there.

So, this is happening. Retro basketball. The question now: What other old-timey basketball strategies can Scott employ this season? Here are a few. 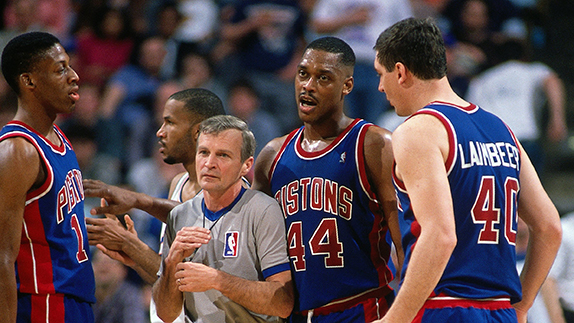 The Pistons won back-to-back titles in 1989 and 1990 by basically beating up everyone who dared to try to drive the ball inside, including Michael Jeffrey his damn self. This style of play is perfect for the Lakers roster. You know who, throughout his career, has never been one to shy away from smashing dudes’ mouths into a nightmare gore of teeth chiclets because that’s just how he plays rugged-ass interior defense? Carlos Boozer. I bet after Kobe said, “We’re going to be smash-mouth basketball, man,” Booz and Robert Sacre locked eyes, both making that face a person makes when they just heard something inspiring, because it speaks to some deep personal truth, and then they both nodded in gritty fashion and dapped each other real hard. Don’t sleep, Western Conference! Carlos Boozer is coming for your neckpiece! 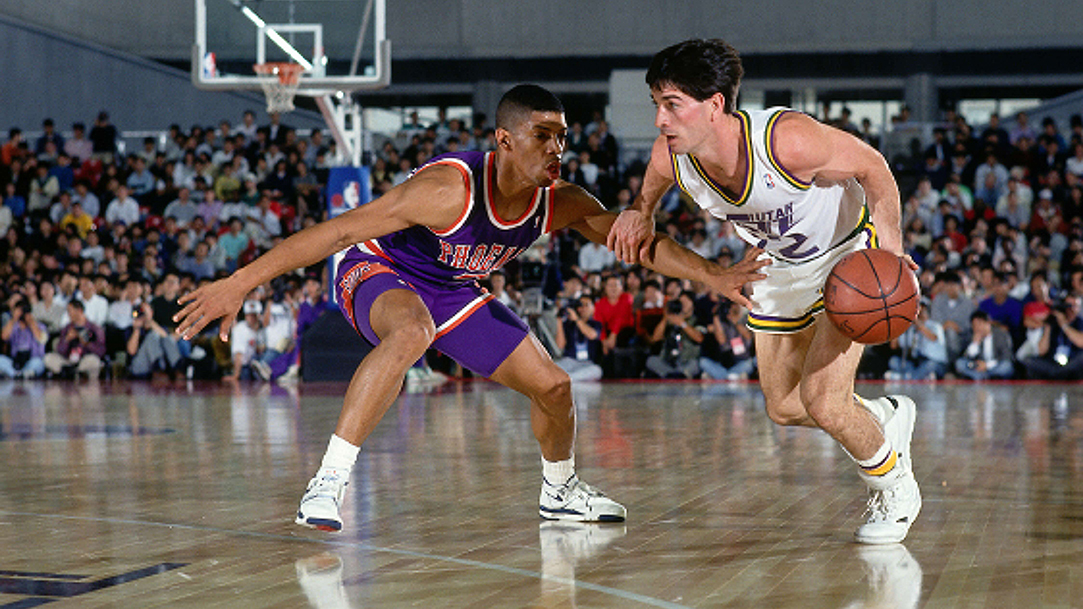 “Defensive philosophy has to be constant. This is no knock on Mike (D’antoni) at all, but there were games where they were playing defense one way, and other games where they played it differently.” —Byron Scott

The Lakers were the third-worst defensive team in the league last season, giving up 110.6 points per 100 possessions. Enough is enough. Want to make dudes know you’re there? Hand check them. Get that hand right on that hip. Sure, Swaggy tore the ligaments in his thumb doing this to Kobe during practice, but I would argue that’s the spirit the team needs.

Dat leg meat. All I know is that dudes with their thighs all hanging out and the fabric of their shorts clinging knowingly to the curvature of their undercarriages fucking dominated the NBA for essentially its entire history. Bill Russell won 11 titles while basically wearing one square of a paper towel over his groin and another over his butt cheeks. Then that Michigan Fab Five team came in and basically ruined basketball, culture, the ’90s, hairstyles, the Clinton administration, and everything ever after. 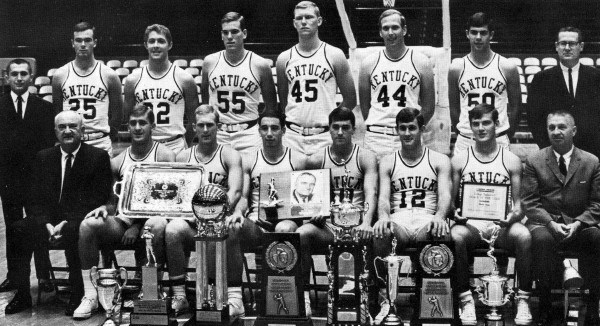 Sure, the 2012 Timberwolves tried this, but they didn’t try it hard enough. An all-white team would never stop trying. This team would get THE MOST OUT OF ITS PHYSICAL TALENTS and HAVE A HIGH BASKETBALL IQ and JUST OUTWORK EVERYONE ELSE. The biggest obstacle to this working is Kobe would never come off the bench. 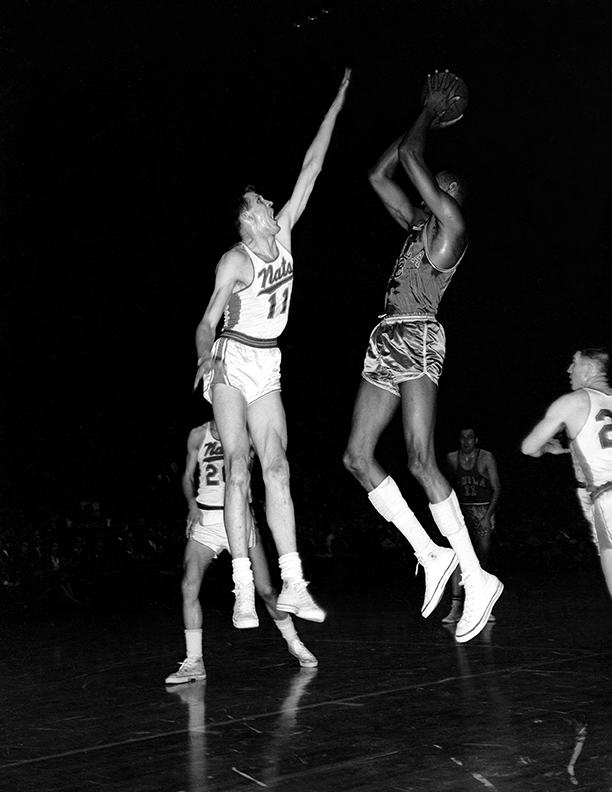 The Stevenson Collection/NBAE via Getty Images

Back in the day, when literal giants walked the earth — scoring 100 points at will, averaging 50 points per game, and overestimating the amount of women they slept with — they walked said earth in basketball shoes that consisted of a thin piece of rubber sewed onto the bottom of a canvas rag. Some cultural critics have traced the sissification of the AMERICAN MALE to readily available arch and ankle support. After that, dudes got soft. I tend to agree, because I am not a particularly deep thinker. 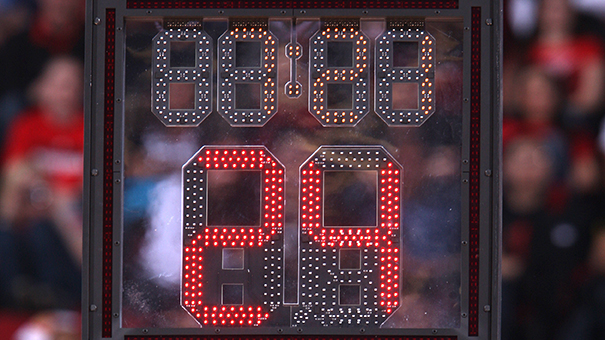 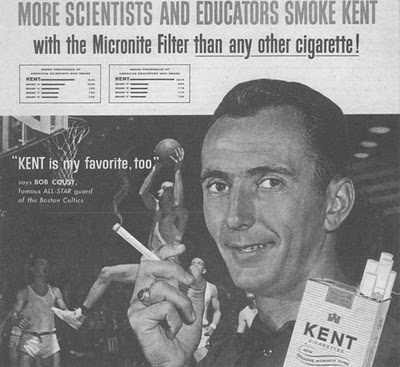 Bob Cousy was a six-time NBA champion, a 13-time All-Star, and a two-time MVP. He never took a 3, wore minuscule shorts, and balled in sneakers that were like pancakes. He did all of that while enjoying the cool, mild flavor of the best filtered cigarette on the market.

Think it over, Coach Scott!

This article has been updated to remove an erroneous reference to the last time the Lakers attempted three or fewer 3-pointers in a game.

The Year of the Land Shark: Ole Miss Assumes the ‘SEC Defense’ Mantle