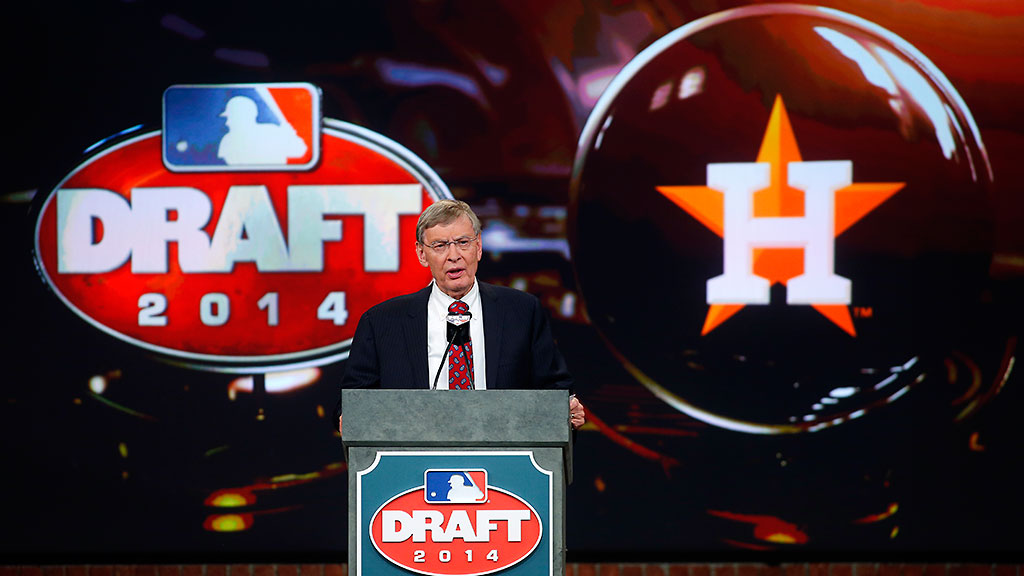 A little less than two months ago, the Houston Astros used the no. 1 overall pick in the MLB draft to select Brady Aiken, a left-handed pitcher out of Cathedral Catholic High School in California. Within 48 hours, they had agreed to pay the 17-year-old a reported $6.5 million signing bonus, tying the highest bonus ever given to a high school pitcher, but still $1.4 million below slot value. Aiken was set to receive his payday and the Astros were set to save some change, and nobody gave the matter a second thought.

At least until Friday, when the signing deadline passed without Aiken actually inking a contract. What happened? Well, plenty, and very little of it’s good for Houston. The circumstances by which Aiken and the Astros failed to translate the deal from handshake to paper make this the most interesting transaction story since at least the Marlins–Blue Jays blockbuster trade in 2012, and this situation only stands to get more bizarre as time passes.

First, a little draft contract background: Most first-round draft picks sign professional contracts, but not all. It’s normal for one first-rounder to turn down his offer and try again later — even pitchers, and even relatively high first-rounders — and you might recognize certain players who’ve done so recently: Gerrit Cole, Karsten Whitson, Tyler Beede, Mark Appel, and now Aiken. While it’s less common for the no. 1 overall pick not to sign, it’s not unprecedented: Danny Goodwin didn’t sign in 1971 and Tim Belcher didn’t sign in 1983.

What makes Aiken’s case so unusual is that the Astros pulled their offer after his physical, which revealed that his left UCL (the ligament that gets replaced during Tommy John surgery) is unusually small. Even that isn’t unprecedented, though: In 1996, the Texas Rangers slashed their bonus offer to their first-round pick, R.A. Dickey, when a post-draft physical revealed that Dickey didn’t have a UCL in his throwing elbow at all. Back here in 2014, the Astros cut Aiken’s bonus offer from $6.5 million to about $3.1 million, the lowest number they could offer while still recouping next year’s no. 2 overall pick as compensation if Aiken failed to sign.

I’m not an orthopedist, so I can’t tell you whether Aiken’s small UCL will make him more injury-prone going forward. The problem is that even if I were an orthopedist, I wouldn’t be able to predict Aiken’s future based on what Houston found in his MRI results. By all accounts the small UCL is a congenital issue, not an injury, and Aiken has been playing at a high level for several years without any abnormal difficulty or discomfort. And that’s problematic for the Astros, because it means they reneged on a pre-draft deal following a physical that didn’t actually reveal that Aiken was hurt, or that he’d be more likely to get hurt in the future.

Aiken and his adviser, Casey Close, were justifiably taken aback by this turn of events, calling out the Astros for their shoddy practices and Major League Baseball for allowing this to unfold. In the uncertainty over the state of Aiken’s health, rumors began to swirl that the Tiny UCL Affair of 2014 was actually a smoke screen to cut Aiken’s bonus and use the savings to help sign other players. MLB regulates how much teams can spend on draft picks, and the Astros entered post-draft negotiations with an overall signing budget just north of $13 million. The league places a dollar amount on each draft pick in the first 10 rounds, so if you add up the numbers for each pick, you get the total salary cap each team is allowed to spend on its draftees. If one player signs for less than the recommended slot, the team can use the savings to sign other picks to richer bonuses, including players in the last 30 rounds, who’d ordinarily only be able to sign for $100,000. If a team goes over its spending limit, the league taxes the overage. If a team goes over by enough, it loses draft picks in coming years.

The Astros were particularly focused on trying to sign two other players: Jacob Nix, a high school pitcher from Orange County who, like Aiken, was nominally committed to play college ball at UCLA, and Mac Marshall, who was rated as a second-round talent but slipped to the 21st round because his stated commitment to play at LSU was so strong teams believed they couldn’t sign him. Remember the $1.4 million the Astros were supposed to save for signing Aiken below slot value? They’d earmarked most of that money for fifth-round pick Nix. The draft bonus slotting system allocated $370,500 for the no. 136 pick, but Nix had reached a verbal agreement for almost four times that amount. The Astros ultimately upped their offer to Aiken to $5 million in the minutes before the deadline, but Aiken was through negotiating by that point. When they failed to sign Aiken, the Astros lost the nearly $8 million associated with the no. 1 overall slot, and thus lost the cushion they’d planned to use to lock up Nix and, if possible, Marshall. If Houston’s attempts to lowball Aiken had worked, the team could have easily gotten him, Nix, and Marshall. Since those attempts failed, however, Houston lost all three, plus the money associated with their draft slots, which totaled more than two-thirds of the team’s overall 2014 draft budget.

And it gets worse. Aiken and Nix could file grievances against the Astros for breaking their verbal agreements and sue to become free agents, a status most recently granted to Barret Loux, the unsigned no. 6 overall pick in the 2010 draft. If Aiken and Nix fail to achieve free agency, both have the option of attending a junior college and reentering the draft next year or going to UCLA and trying again in three years.

There’s a chance UCLA may no longer be an option for Aiken, however, because both Astros owner Jim Crane and GM Jeff Luhnow made a point of saying they’d been negotiating with Close on Aiken’s behalf. Having an agent is against NCAA rules, though standard practice is to look the other way in the case of MLB draftees, unless someone drops a dime on the player. (You might remember an incident involving the Phillies early this year that got Oregon State pitcher Ben Wetzler suspended and made Jason Monda the most famous med student in the Pacific Northwest.)

While the overall level of complexity involved in this story is staggering, this last part makes identifying the blameworthy party very simple. The Astros, a multimillion-dollar corporation that could find $3.4 million in the change jar on the nightstand, tried to nickel and dime a kid who’s trying to break into an industry that’s stacked the deck against him, and then they tattled on him to the NCAA once they failed to get their way. Think about this: In any industry other than sports, a laborer without a contract could work for any company in the industry and negotiate as high of a salary as the market would bear. Aiken’s only contract leverage is to go to college and play in exchange for having only part of his education covered, but in order to maintain that leverage, at least by the letter of the law, Aiken has to negotiate without professional help against a team of professional negotiators from Houston. Aiken isn’t old enough to vote.

And Houston can do this because most sports fans are conditioned to be shocked when athletes make millions of dollars to play a game, but be OK when owners pocket tens or hundreds of millions for not playing a game. In the Ken Burns Baseball documentary, George Will, of all people, argued that because fans pay to see players, the players ought to get most of the financial rewards. Apart from sports fans, I don’t know who’s less labor-friendly than Will — Mr. Bumble in Oliver Twist, maybe?

Baseball’s amateur talent pipeline is a system that’s exploitative and deplorable from a labor relations standpoint even when management operates in good faith, and what the Astros did to Aiken is beyond deplorable.

On the eve of the signing deadline, CBS’s Jon Heyman quipped about the Astros ignoring the human element. I imagine he intended it as a cute little jab at the front office’s disregard for the traditions and norms of standard baseball practice, which Heyman, in conspicuously facile fashion, described as “sabermetrics.”

Still, Heyman stumbled onto the essential truth of the situation. This isn’t about sabermetrics or how the Astros chose to rebuild. This is distinctly about the human element. If your word is not your bond, if you’re willing to brazenly exploit teenagers to gain an edge, endangering their educational and professional futures out of spite, you might lack an appreciation for the human element. I’d say you lack humanity altogether.