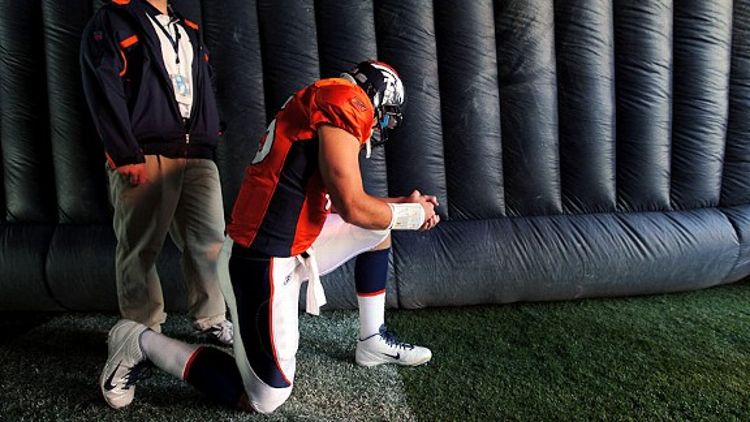 For the past several years my two favorite Jesuses have been my landscaper and the Jesus who gives rappers MTV awards. But look out! There’s a new Jesus in town and this guy fucking loves sports. I know this by how many people I see praying to him during various tense moments at sporting events. This year’s World Series was a phenomenal affair full of hits, strikeouts, home runs, facial hair, ugly necklaces, and some major league praying by the Texas Ranger and St. Louis Cardinal fans. I almost feel silly for saving my prayers for things like the safety and health of my family and friends or the desire for peace in our world. I had no idea I could be praying for Juan Pablo Montoya (my favorite driver, yes I like NASCAR, get over it) to win races or praying for the Houston Astros to not suck. I feel like such a idiot. Now, I always kind of assumed Jesus was a sports nut since he gave so many athletes the ability to jump, run fast, knock up chicks, and catch sports balls, so why wouldn’t he want to see an exciting World Series that goes to a Game 7?

I’m not 100 percent sure how sports prayers work, so I’m just gonna make some shit up. My most important finding: people who have cameras on them at the games have more pull than the people at home praying. Clearly more St. Louis Cardinals fans were praying than Texas Ranger fans because the Cardinals won the World Series. I really wanted the Rangers to win (because I’m from Texas), but I think I used up all my prayer points on the Turkey earthquake victims (which was so stupid of me). I was certain the Texas Rangers would end up winning the World Series, on account of Jesus’ love for Dallas-based sports teams. It’s long been said that Texas Stadium has an opening in the roof so that God can watch his favorite team play on Sundays (after church, of course). Then the Dallas Mavericks won the NBA championship this year, which made me believe fans of Dallas teams “sports pray” better than most other teams. (Of course, the New York Yankees and the Los Angeles Lakers have some pretty good Jesus pull too. Rudy Giuliani and Jack Nicholson’s prayers must count way more than the average fan because they’ve won so many championships, made so much money, and their players score crazy amounts of poon )

As Game 7 of the World Series ended and the St. Louis Cardinals became the 2011 World Series Champions, I imagined several Texas Ranger fans looking to the sky and asking Jesus why he would do this to them. Jesus knew how hard they had prayed for the outcome of a game children play to go their way. I know many Texas Ranger fans are questioning their faith now. The Rangers lost, the Cowboys season isn’t going that great (See: the Eagles handing them their ass on Sunday night), and now the NBA is in a lockout so the Mavericks might not be able to win another championship. I’m beginning to really feel for fans of Dallas-based sports teams; probably ought to say a quick prayer for them. Seriously, I never understand why bad things happen to good people. Amen.

Jenny Johnson is a television news producer and comedy writer living in Houston, Texas. She’s adorable, foul-mouthed and can do 20 girly-style push-ups. Follow Jenny’s filthy humor on Twitter at @JennyJohnsonHi5