Haren Heads to D.C. to Give Nats’ Rotation a Low-Cost Boost 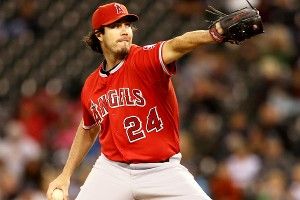