Hand Down, Man Down, Lin Down 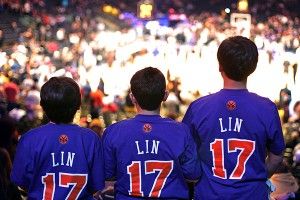 “He’s playing with great confidence and is not afraid of the moment. That’s one thing I knew coming in. He was a guy that would compete and get after it. I’m happy for him because at the end of the day we have a point guard in Steph Curry. I was at Starbucks yesterday and a guy asked me about Jeremy Lin and Steph Curry and I asked him who was a better player. He paused and because he took the pause I just told him thank you, have a great day. Enjoy your cup of coffee.”