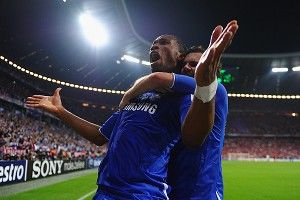 This weekend’s Champions League final featuring Chelsea and Bayern Munich started slowly, but at the end of a penalty shootout, Chelsea, battered and bruised, stood the victors. And in this week’s podcast, the Men in Blazers analyze the game with a fine-tooth comb, considering everything from David Luiz’s IQ to the invisible hand of Lady Physio.

For Michael, it was among his great achievements. Even Roger momentarily admired the accomplishment before returning to spew his expected bile. Either way, it was a great end to an even better season. To document the end, the Blazered Men present their first annual Men in Blazers Awards.