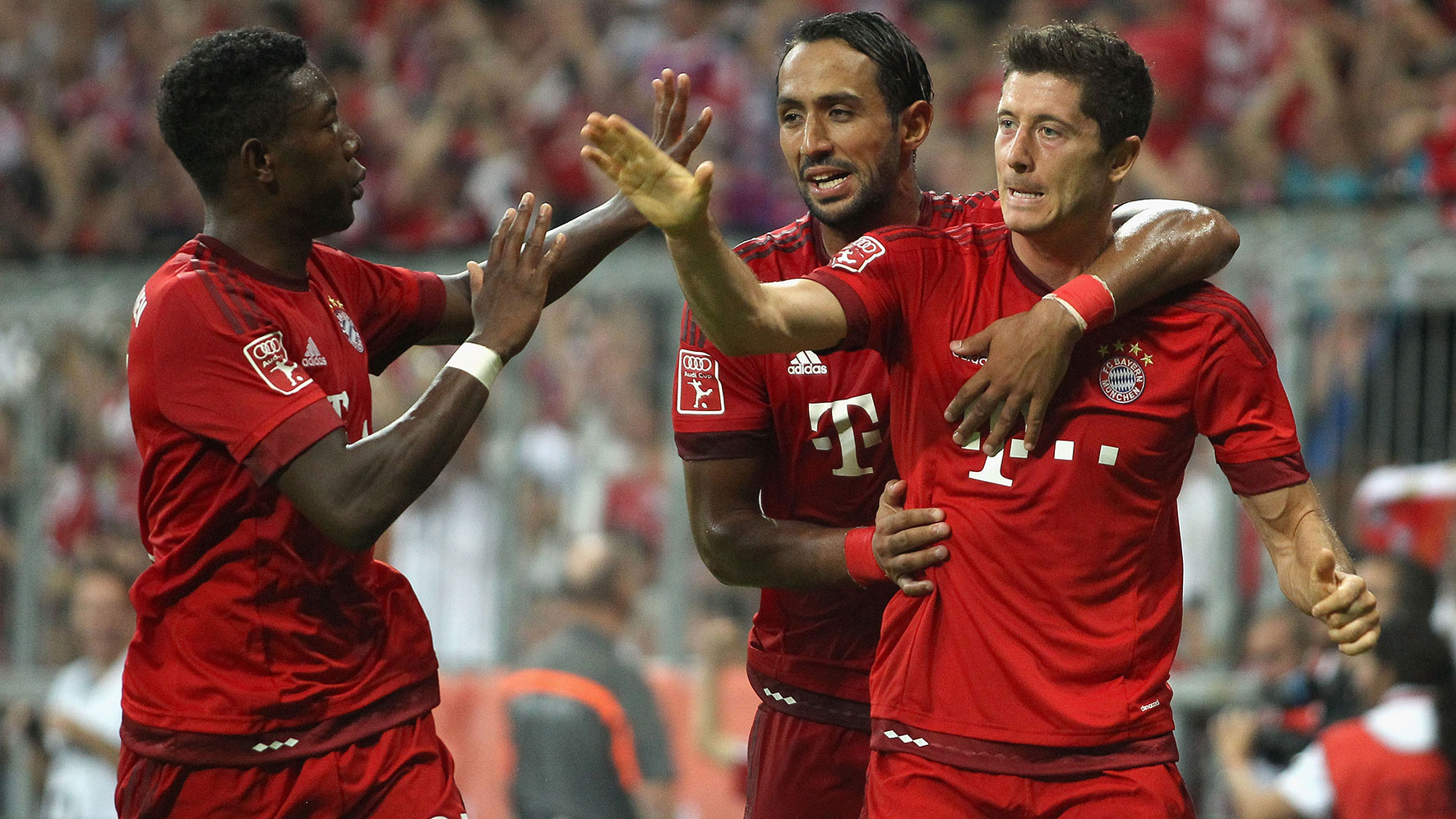 The Bundesliga is over, and it starts tomorrow.

If what you hope to get out of watching soccer is a dramatic title race, then the Bundesliga simply isn’t for you. But if you don’t subscribe to the “Ringz” theory of fandom, then there’s plenty to love about the German league. Yes, Bayern Munich is an unstoppable, inevitable, fire-breathing, possession-keeping monster in the Bundesliga, but even that kind of dominance has its own unique appeal.

As Germany nears the opening kickoff, here are four reasons to follow along.

Each domestic league around Europe inevitably develops its own style, and for the Bundesliga, that style is currently a never-ending Andrés Cantor scream.

Why all the scoring? Part of it is that teams at the bottom of the table prefer to try to outscore their opponents, rather than keep it tight defensively and eke out a 1-0 win. In the Premier League, you’d have to go back to Ian Holloway’s Blackpool side of 2010-11 to find a similar low-end English team.

There’s also the tactical side of things. More than anywhere else in the world, German teams take an aggressive counter-pressing approach. In other words, they try to win the ball back immediately after they lose it. That, in effect, leads to more high-quality chances when they win it back, and more high-quality chances for their opponents when they don’t. The defensive lines are higher, the changes of possession are quicker, and the counterattacks can be breathtaking.

The Mad Genius of Pep Guardiola

Guardiola might be the best manager in the world, but he is, without a doubt, the most unique. Entering the third year of what was originally intended to be a three-year project, Pep’s time at Bayern Munich hasn’t exactly been a disappointment — he’s won the league twice, the domestic cup once, and reached the Champions League semifinals twice — but it certainly hasn’t been a roaring success, either. Guardiola’s teams have been very good, but he took over in Munich right after the club won the treble1 in 2012-13. Bayern didn’t hire Guardiola to manage a very good team; they hired him to create a historically memorable one.

So, that’s his task for this season.2 No big deal!

At their best, Bayern Munich are as gorgeous as they are unstoppable, and they do things that no other team even tries. Guardiola uses the unique talents of guys like David Alaba and Philipp Lahm to play them in weird hybrid roles somewhere between full-back and central midfielder, but also with a little bit of center back and winger thrown in, too. Point being: Guardiola’s teams do things that can’t be described by the traditional tactical lexicon. On a given weekend, watching them can be equally enthralling for a neutral fan who just wants a good high-powered attacking show and a tactical nerd looking for a meaty strategic performance to sink his teeth into.

At their worst, Bayern feel like soccer’s version of an extremely expensive Rube Goldberg machine. There’s all the tweaking and fine-tuning, the shifting midfielders, the exposed defenders — but to what end? The team played in a very traditional way before Guardiola arrived, and it hasn’t reached the same trophy-winning heights since. Will his tinkering ever get Bayern there, or will Pep’s legacy be more about how they played rather than how well they did?

What’s Next for Borussia Dortmund?

Bayern have won the last three Bundesliga titles, but for most of that stretch, Borussia Dortmund were the undisputed second-best. Led by lovable madman Jürgen Klopp, the club was also the last non-Bayern team to win the league title, both in 2010-11 and 2011-12. Bayern then began to raid them for stars like Mario Götze and Robert Lewandowski, but Dortmund also raided the rest of the league for guys like Marco Reus and maintained a solid perch at no. 2. They even reached a Champions League final in 2013, which they, of course, lost to Bayern. Everything was fine — until last season.

In 2014-15, Dortmund collapsed seemingly out of nowhere. They spent the first half of the season battling relegation before making a late run up the table and finishing seventh, just squeaking into a Europa League spot. As a result of the rough season, Klopp decided to step down, making himself the most-desired free-agent manager in the world. While he’s still plotting his next move, Dortmund brought in Thomas Tuchel, who is a year removed from managing Mainz, where he took over for … Klopp.

Despite rumors swirling around Reus and center midfielder Ilkay Gündogan, the team has managed to hang on to the top end of its roster and is every bit as talented as it was two seasons ago, when it coasted to a second-place finish. So, will the real Dortmund please stand up? Was last year an anomaly driven by injuries, bad luck, and the cosmos frowning down upon the world’s most beloved hipster team? (Probably.) Will Tuchel return the team to the Champions League? (Also, probably.) Or was last year the beginning of the end of the Dortmund era? And is the magic gone? It seems unlikely, but then again, at this time last year, Dortmund’s 2014-15 season would’ve seemed impossible.

Beyond the Bayerns and Dortmunds of the world, four distinctive and exciting teams should be in contention for the league’s other two Champions League places.

Bayer Leverkusen: Nobody this side of whatever team Marcelo Bielsa manages next plays a higher paced, more helter-skelter, absurdly-fun-to-watch style than Leverkusen. With a top-three finish in each of the past three years, they’re also pretty good.

Schalke: Although an uneven team, they’re basically a hydra of young, scary-good talent. Strike one down — like Julian Draxler, who was plagued by injuries last year — and three more rise up to take his place in Maximilian Meyer, Leroy Sané, and Leon Goretzka. As with most youth-based teams, they’re inconsistent, but they’re always fun.

Borussia Mönchengladbach: When everybody zigs, you zag. Gladbach are the exception to the Bundesliga’s high-octane rule, and so they’ve overperformed their expected numbers over the last few years. That makes them both a very interesting case study for nerds and a fun Champions League bandwagon team for everybody else … if your idea of fun is deliberate pacing and stalwart defending.

Wolfsburg: Last year’s surprise second-place finisher may lose its breakout star, Kevin De Bruyne, to Manchester City. Currently, the three interested parties are involved in a typical transfer standoff: The player could receive a substantial raise, but his current team wants more money than his potential team wants to pay. If De Bruyne leaves, Wolfsburg will struggle to replace his 10 goals and 20 (!) assists. In the increasingly unlikely event he stays, the Wolves and Bundesliga viewers alike should rejoice: De Bryune might’ve been the most fun player to watch in all of Germany last season.