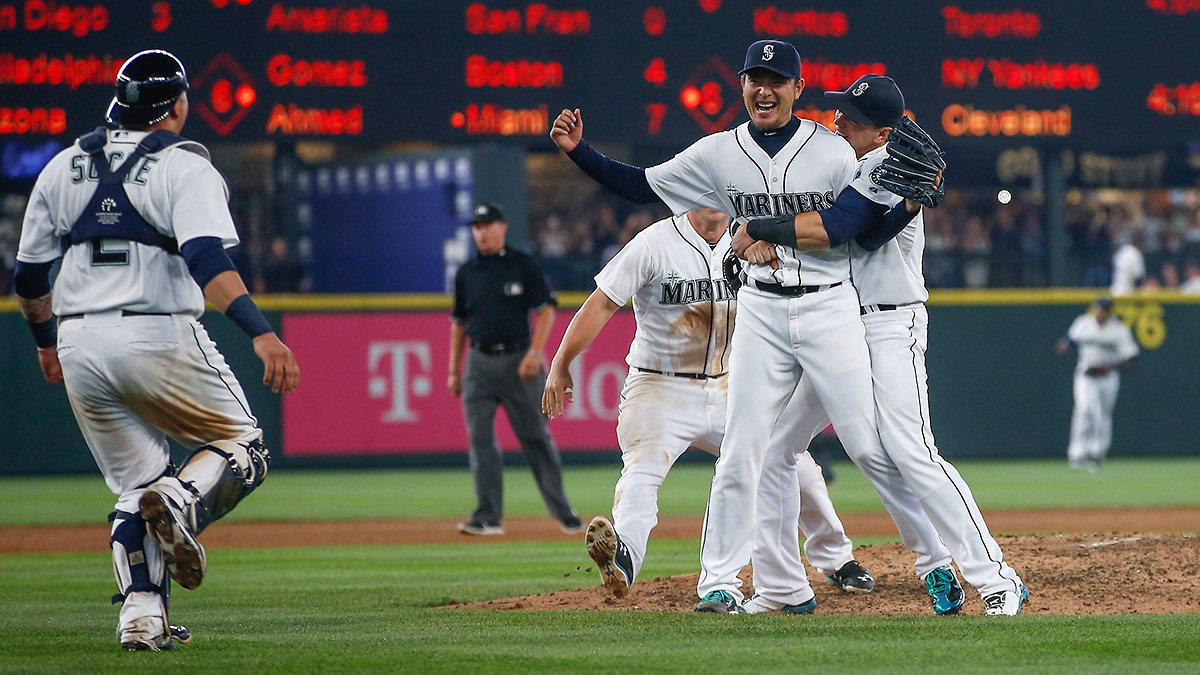 On the day my colleague Jonah Keri published a feature article and a podcast about how the Mariners’ inability to develop their prospects had doomed the franchise, a veteran offered a rebuttal, as 34-year-old Hisashi Iwakuma no-hit the Baltimore Orioles.

It was the first career complete game for Iwakuma, who, like the Mariners, has suffered through a particularly difficult 2015 campaign. Rather than tick off all the ways in which Seattle has underachieved, I’ll just note it’s been the kind of year in which M’s blog Lookout Landing used this header image in a postgame thread after a win. Meanwhile, Iwakuma has struggled to stay on the field, with a lat strain putting him on the DL in late April.

The injury layoff meant Iwakuma — who finished third in AL Cy Young voting in 2013 — left his July 6 start having allowed 18 runs (17 earned) in only 21.1 innings on the season. Since then, he’s been gradually climbing back to the top of his game.

Wednesday’s no-hitter wasn’t exactly what we thought the top of his game would look like, but it was close. A lot of Iwakuma’s value comes from his absolute refusal to walk people, so a three-walk afternoon isn’t quite textbook for him.

But other than that, it’s hard to complain about his day. To navigate a no-hitter while allowing only two line drives and striking out only seven is particularly impressive in this age of hard contact and high strikeout totals, and it serves as a reminder of how hard Iwakuma is to square up. Look at the play log. Or, better yet, try to read aloud the pitches the Orioles saw. It’s really hard to say, “Sinker, splitter, splitter, slider, sinker, splitter, slider” over and over again, and even harder to hit.

The pitcher-as-composer metaphor is a cliché, and for good reason: Great starters play with timing and tempo, and rely on contrast and misdirection the way a composer would when putting together a set of variations on a theme. So it’s not that any one of Iwakuma’s mid-to-high 80s sinking offerings is particularly hard to square up on its own — hitters know about how hard they’re coming in and that they’re going to break. They just don’t know where, when, or how. That’s why for as good as Iwakuma has been over the past four years, he’s recorded only four double-digit strikeout games, and in those contests he has struck out 45 total batters on only 55 swinging strikes. Hitters can get a piece of Iwakuma, just not a big one.

Iwakuma is like the contrapositive of Clayton Kershaw. Instead of “How does anyone hit this guy?” it’s “How does everyone not hit this guy?” But they often don’t, and they certainly didn’t on Wednesday, and there are, as always, larger implications as a result. This no-hitter is further proof that, when healthy, Iwakuma is still the pitcher he was in previous years. It doesn’t prove that on its own, but he’s now gone eight or more innings and allowed one run or fewer in three of his past seven starts, and has pitched well in three of the other four. That’s a great comfort to any team that might like to throw big money at the free-agent-to-be, but it’s no comfort to the Orioles, who lost Tuesday in extra-inning walk-off fashion and now sit in the Great Puddle Of .500-ish Teams alongside the Twins, Rays, and Rangers. The Birds are now five games behind the Blue Jays, who might never lose again.

But above all, Iwakuma’s no-hitter is one of those peak moments that’s a big enough high to make the M’s and their fans forget about the slog that extends beyond them in both directions — as far back as they can remember and as far into the future as they can foresee. As mundane as baseball gets when it’s played six days a week, six months out of the year, playing that much gives every team a chance to run into at least one game like this.

Stoke City Have the Most Exciting Team in Europe … From 2011