Stoke City Have the Most Exciting Team in Europe … From 2011 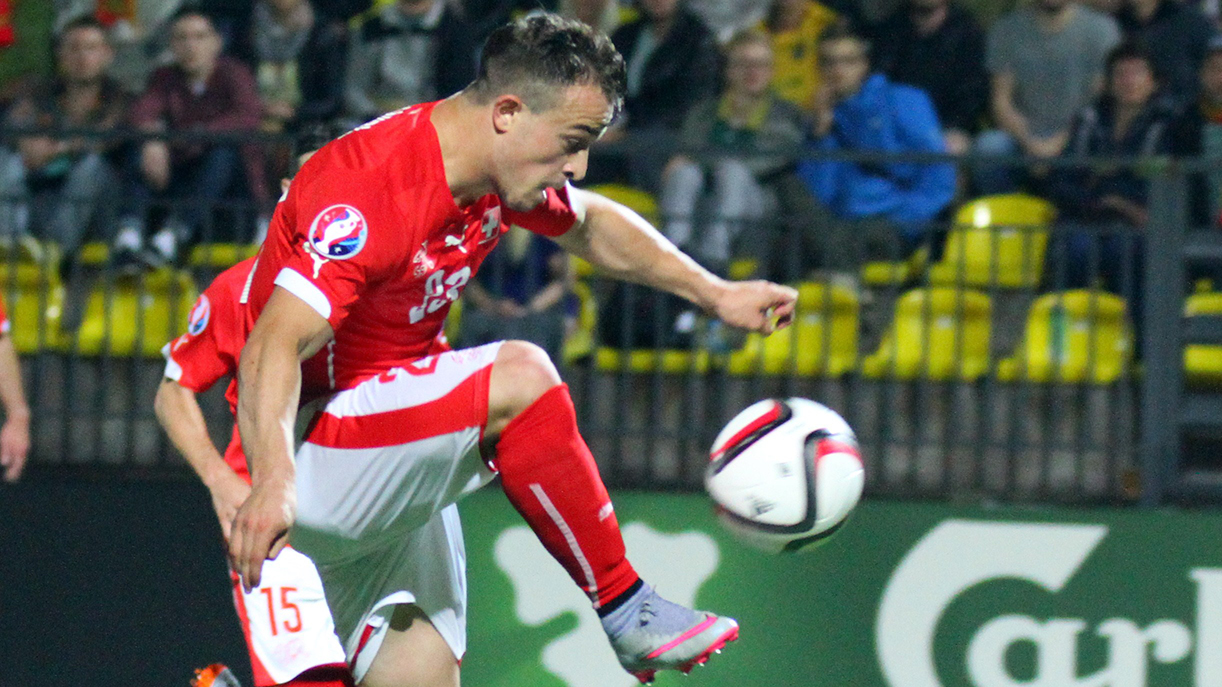 For a certain kind of soccer fan, the news that Xherdan Shaqiri has completed a transfer to Stoke City probably feels a little strange. We are not so far removed from a time when the Swiss midfielder was thought of as one of the truly electric talents in European football. He splashed onto the international scene with a huge Champions League match against Manchester United while playing for the Swiss club Basel in 2011. They called him the Alpine Messi. I’m surprised Alex Ferguson didn’t buy him on the spot.

He moved to Germany, where he won the treble as a squad player with Bayern Munich in 2013. Last season, he played for Inter Milan, where he never quite found his role. Now his path has led him to … Stoke.

Stoke, a team not that far removed from playing a style of football that basically resembled cave trolls throwing toilets at one another. Ask your soccer fan on the street to say the first thing they think of when they think of Stoke, and you’ll probably hear something about leg-breaking tackles or rule-bending throw-ins.

Now they have three very stylish young players who were once among the most heralded in Europe. They have five former Champions League winners. Stoke! Shaqiri is joining a Stoke team that already featured former Barcelona starlets Bojan Krkic and Ibrahim Afellay. This is nuts. How did this happen?

For years, Stoke was a conservative team. They were promoted to the Premier League in the 2007-08 season and stayed up with manager Tony Pulis by being bigger, meaner, and more direct than everyone else. That’s an oversimplification, but not that much of one. Stoke had enormous players, a loud home crowd, and a guy named Rory Delap, who had Herculean throw-in abilities. Fans of technically gifted teams with flashy little players would watch matches against the Potters through their fingers, frightened that their tiny, bouncy attacking midfielder was about to get run over by a tractor-trailer with the word “Shawcross” printed on the cab. Ask Aaron Ramsey about that.

Here’s the thing: Stoke were really successful. In 2011 they reached the FA Cup final, qualified for the following season’s Europa League, and made it to the knockout stages of that tournament. As time went on, Pulis tried to modernize Stoke’s style of play, and his efforts to rebuild the team and keep Stoke competitive in the Premier League were expensive. In 2010, Stoke were the fifth highest net spenders in the top flight. Eventually Pulis wore out his welcome, leaving the club in 2013, and some cost-cutting was put in place. Pulis was replaced by Mark Hughes, who continued to balance the defensive muscle while bargain hunting for some creative players willing to play with the ball on the grass instead of in the air.

Stoke has finished ninth in the Premier League in the last two seasons while under Hughes. He is an ambitious and accomplished manager, but he’s got a bit of wanderlust — he left Fulham after 11 months. So it’s not surprising to see the club try to match those ambitions.

Stoke used to buy established, if not particularly inspiring, talent, and would pay above-market prices to lure them to an industrial town smack dab in the middle of England. This time around, they’re paying smart money for players who once had great potential but never quite put it all together.

Once you take the fandom plunge beyond the big names and big clubs of world soccer, jumping on the Next Big Thing’s bandwagon is part of the fun of following the sport. You are always looking for Cristiano Ronaldo while he’s still at Sporting Lisbon, or Luis Suarez in his early days at Ajax. In conversation and on social media, you say things like, “So-and-so is next.” The last person I said this about was Porto’s Rúben Neves. These statements make you incredibly popular, trust me. Sometimes you’re right and it’s Gareth Bale. Sometimes it’s Steven Defour.

At one time or another, Bojan, Afellay, and Shaqiri have all been “next.” Afellay is the oldest of the bunch at 29. He is a Dutch winger/midfielder with a Cristiano Ronaldo–like game and build (just nowhere near as good) who captained PSV before moving to Barcelona in 2010. That’s the dream, right? You want to play for the best team in the world. But when you get there, you find the best players, and they suck at sharing. Afellay is good, but he’s not Xavi/Iniesta/Messi/Busquets good. A combination of disuse and injury saw him fall out favor in Barcelona. Since 2012, he’s been league-hopping, on loan, playing for Schalke in Germany and Olympiacos in Greece. I wouldn’t expect fans of those teams to write lyric poetry about his accomplishments — his spell in Germany was an injury-riddled mess; he did slightly better in Greece, scoring four times in 19 league matches. At his age, Stoke is pretty much his last best shot at being a significant player in a big league.

Somtimes, the worst thing a young player can do is … play. In the murky world of football transfers, mystery drives value. This is why someone like Lazar Markovic — a 21-year-old Serbian who developed a cult YouTube following during his time at Benfica — cost Liverpool €25 million, while Bojan, who once drew comparisons to Johan Cruyff, cost Stoke just €1.8 million last year.

Bojan’s story is similar to his onetime Barça teammate, though his fall from grace is a little more precipitous. It’s hard to overstate just how much hype surrounded his early career. He joined Barcelona at 8 years old, became the youngest player to ever score a La Liga goal for the team, scored 10 league goals in the 2007-08 season, and had managers like Pep Guardiola and Frank Rijkaard describing him as “magical” and “a treasure.” The pressure got to him, though, and he’s spent the last few years on loan at clubs like Ajax, Roma, and AC Milan, trying to find a place where he could be a brilliant footballer without having to be a football star.

That’s where Stoke comes in. Bojan moved to England last summer. He was finding his place with the Potters (check the shades of Marco Van Basten in this goal against Arsenal) when he went down with a knee injury in January this year. He is now working to get back into shape for this season.

The Britannia Stadium may not offer the same bright lights as the Camp Nou or the San Siro, but maybe that’s exactly what players like Bojan, Afellay, and Shaqiri need. These guys are young, and moving is hard on young people. If you throw an injury or an uninterested manager into the mix, it’s not hard to imagine even the most talented of players losing their way. Shaqiri’s career trajectory — from Bayern, to Inter, to Stoke — may look like it’s on a downward arc, but at least at Stoke he will see the field. He’s only 23, after all. The best football of his career could still be in front of him. For all three of these players, that’s what Stoke is counting on.