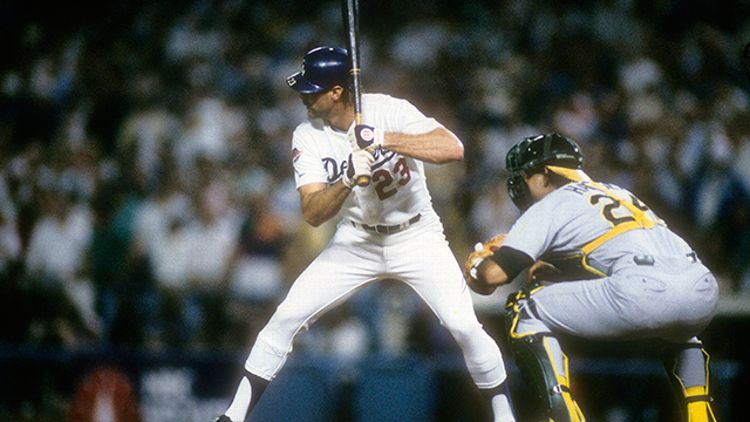 You have to hand it to Major League Baseball. For years, other sports leagues embraced (or at least tolerated) the free(r) flow of highlights and full games throughout the Internet. Baseball responded by zealously shutting down any and all attempts to watch anything anywhere except MLB.com. Except MLB.com was impossible to navigate, giving you plenty of ways to view stuff that happened yesterday, but little to no chance of finding cool clips from five years ago, let alone 10, 20, or 50 years ago.

Then out of the blue, a treasure trove of amazing highlights became available, some even tracing back to the Say Hey Kid’s Say Heyday. You could while away half a weekend watching Bob Horner murder baseballs, Glenallen Hill murder more baseballs, or countless other random moments. But the beauty of that release was also its biggest weakness: It was all very random. Searching for Nolan Ryan would force you to wade through countless clips of Ryan the executive before you had any hope of finding actual game footage of the Ryan Express. And good luck finding complete game archives. Aliens arriving on Earth, wanting to learn more about baseball and surfing MLB.com to do so, would conclude that the game consisted of 45-second clips, moving randomly from Jheri-curled speedsters swiping bases in the ’80s to hulked-up sluggers crushing balls into kayak-infested bays 20 years later.

Then, a miracle happened. After years of doing everything short of executing anyone who posted baseball clips on YouTube, MLB announced a partnership with the site. Reading through the details of the deal made you want to punch yourself in the eye with a Kenesaw Mountain Landis bobblehead: “In 2010, MLBAM began offering full-game archives and highlight reels on a YouTube channel accessible exclusively in Australia, Brazil, Japan, New Zealand and Russia.” Hey, thanks MLB! So glad to know I had to travel to Oki F’ing Nawa to watch a damn game on the Internet.

Then I clicked on the MLB.com Classics YouTube channel and … ever have a 3-foot-high hot fudge sundae, a 12-pack of your favorite beer, and a four-hour neck rub at the same time, while watching an Archer marathon and having your jerk-ass former boss grovel for your amusement? This was better than that. Suddenly, you could watch more than 200 full-game videos, perfect games, no-hitters, All-Star Games, World Series, and more, some of them dating back more than 60 years. When you launch the MLB.com Classics channel, it opens to the telecast of Game 7 of the 1952 World Series, with sweeping shots of Ebbets Field and Mel Allen and Red Barber on the mic. Let that sink in for a second. This was baseball fan heaven.

This was also a few weeks ago. Oddly, whether due to a marketing misstep by the league (unacceptable) or all of us getting sucked in by an album of Adrian Beltre GIFs (completely understandable), the MLB.com Classics archive release hasn’t generated much fanfare.

I’m here to fix that. Here’s a playlist of games I watched, rewatched, and could watch again a dozen more times. Feel free to build your own list of favorites. And as we warned last time, Grantland is not responsible for any busted relationships or loss of employment that might occur.

It was the Year of the Pitcher, and Bob Gibson was the Pitcher of the Year. You can look at his 1.12 ERA from that season, then start poking holes in it — the sky-high mounds, huge ballparks, banjo-hitting middle infielders, and other factors that helped make it possible. But hard-core analysis aside, Gibson’s ’68 season is one of those baseball periods I wish I could have been alive to see. The blazing-high fastballs that were strikes then but wouldn’t come close now, the fearsome stares, opposing batters’ knees knocking as they stood in against him … all of it. Gibson threw a five-hit shutout in this game, walking one batter and striking out 17. You imagine him pissed off that six insolent batters dared to get on base, and you can’t help but smile.

Even with their increased frequency in recent years, perfect games remain special, serving as coronations for baseball royalty and once-in-5,000-lifetimes moments for otherwise forgettable pitchers (every time I see Dallas Braden hug his grandmother, I cry like a baby … Every. Damn. Time). For Dennis Martinez, the perfecto was the highlight of an outstanding career, a career that bears an uncanny resemblance to the one put up by a certain 2014 Hall of Fame candidate. But for Martinez, the perfect game also served as validation for a life resurrected. Overcome by alcohol dependency, he nearly washed out of baseball in the mid-’80s. Decimated by the departure of several key players from their great early-’80s teams, the Expos took a flyer on Martinez in a minor June 1986 trade. He rewarded them by becoming one of the greatest pitchers in franchise history. Two moments stand out from the perfect-game celebration that hot afternoon in ’91: Martinez in tears as teammates mobbed him near the mound, and Martinez carefully wiping beer off his face after Larry Walker doused him in the jubilant locker room.

After that subtle Jack Morris dig, we have to acknowledge his 10-inning masterpiece in this game, still one of the greatest pitching performances in World Series history. Was any stadium ever louder than the Metrodome at its craziest?

Baseball bends over backward to pump up its traditions, sometimes at the expense of common sense. There’s an angry side of me that wants to spend every day of the season just documenting umpire mistakes, the easy technological fixes that could be made to fix them, and the league’s stubborn refusal to take anything more than tiny, glacial steps to do so. But when MLB reaches into its past to honor the all-time greats, I can’t turn away. In 1999, the league gathered its All-Century Team together at Fenway Park, and the night turned into a Ted Williams lovefest. Throw in the long tradition of introducing each team’s players before the game, with me carrying on the childhood ritual of hanging on every intro until a token Expo (oh Vladi, you were so young) was announced, and I was smitten. Also, Ron Coomer, Jeromy Burnitz, John Jaha, and Lima Time!

A young Vin Scully calling one of the greatest games of Sandy Koufax’s magical career? I reluctantly accept.

One of only two World Series to end on a home run, and one of the most thrilling moments in baseball history. But it’s the little things that make many of these clips. Like Buck-A-Blue Night at Gerts, and ending up on top of a van singing “O Canada” two minutes after Joe Carter completed his delirious tour around the bases. For Phillies fans, it’s the dude at 2:49:29, obscuring the dejected dugout in green jeans and purple Doc Martens. The ’90s were a crazy time, man.

The facile explanation for one of the most exciting pitching phenoms of my lifetime breaking down and ending his career prematurely as a situational reliever is that Dusty Baker broke him. Possible. But Wood was running up sky-high pitch counts dating all the way back to his days as a force of nature pitching Texas high school ball. You could argue that we’ve now swung too far the other way, that blindly adhering to arbitrary pitch limits can stall a prospect’s development, that innings limits like the one placed on Stephen Strasburg last year can hurt a team and possibly not actually help the young pitcher it’s intended to save. But watching Wood here at the height of his powers, then thinking about what might have been if not for the injuries that would soon follow, you can understand the industry’s desire to do something to prevent this from happening again. Even if we’re still dealing with as many pitching injuries as ever today.