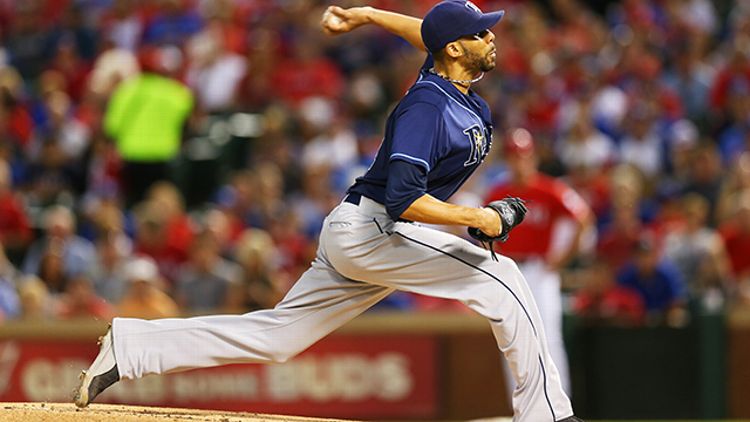 In a reversal of past failure, the Rays finally took down the team that has absolutely dominated them in the postseason (read: beat them two years in a row in 2010 and 2011 by narrow margins) to advance to the wild-card round. They weren’t fazed by the return of Nelson Cruz, or the icy glare of Nolan Ryan behind home plate, or the intimidating towels waved by the Ranger fans who probably thought they were at a football game. As they move on to face the Indians on Wednesday in yet another do-or-die game, here are five quick thoughts to vault us into the actual postseason.

1. Nobody took advantage of Game 163 to break any iconic records

A weird little sidenote about this game was that all the stats counted toward each player’s cumulative regular-season numbers. It gave them an extra day and a huge edge in smashing some of the legendary marks in baseball history. Unfortunately, Evan Longoria still finished 42 home runs shy of breaking Barry Bonds’s mark of 73 regular-season dingers, and Adrian Beltre remained stuck at 92 RBIs, exactly 100 shy of besting Hack Wilson’s 191 RBIs in 1930. You have to think these guys will be regretting the missed opportunity for a long time.

2. Seriously, can we bring on the robot umpires?

Sorry to get on my high horse here, but it’s completely and utterly and totally and consummately inexcusable for the umpires to miss that call. They were operating with a six-man postseason crew, and the view was unobstructed for most/all of them. It wasn’t even a deep fly ball! The fact that none of those six men could see what was so obvious on TV — that the ball landed in front of Martin and one-hopped into his glove — is the latest indictment on incompetent umpiring that always seems to rear its head in the postseason. One of the best moments in the game came in the bottom of the ninth, when Rangers catcher A.J. Pierzynski clearly went around on a checked swing, and Ron Kulpa — the same third-base ump who missed the call in the outfield — called no swing on the appeal. The camera found Joe Maddon, and the look of utter hatred on his face was perfect. Joe Maddon always makes the right call, and Joe Maddon wants robots.

He told the TBS announcers before the game that he had considered every possible matchup between Texas hitters and his relief pitchers, but when push came to shove, he made the odd choice to leave David Price in the game. It didn’t feel like the right call, especially with all the righties in the Rangers lineup and Price’s escalating pitch count. And it almost came back to bite him, because Price got hit hard by Beltre and Ian Kinsler and survived a liner by Leonys Martin and a near-perfect bunt by Elvis Andrus. But after all Maddon’s meticulous planning, he played an instinct (and to be fair, Joel Peralta and Fernando Rodney had each struggled a bit lately from the pen) and it worked. And that always seems to happen, which is annoying as a Yankees fan because I would like our manager to look like a genius once in a while. If Joe Girardi were managing that game, he’d have sat Price in the sixth inning and somehow brought in Joba Chamberlain to give up six consecutive home runs.

He went 3-for-4 with a home run, a double, and a walk, and the one time Texas managed to get him out, he missed another homer by about six feet earlier in the at-bat. It was probably the best postseason game of his career (even though it wasn’t postseason, TECHNICALLY), and in terms of his legendary moments, it’s a near-match for his walk-off home run in 2011’s Game 162 versus the Yankees that sent the Rays into the playoffs. Now, he has to prove he can keep it going in the actual playoffs, where his record hasn’t been great; in 25 postseason games, he’s put up a .194/.255/.490 line, and the worst of it came on the biggest stage, when he went 1-for-20 with nine strikeouts in the 2008 World Series. If the Rays can survive the upcoming Cleveland-Boston gauntlet, they’ll need him to reverse that trend and spark the worst run scoring offense among all AL playoff teams.

5. This was the best game of David Price’s career

Not the best in terms of numbers or even sharpness, but the most memorable and — sorry to use this word twice in the same story — iconic. He was still a relief pitcher when the Rays made it to the 2008 World Series (and he pitched very well in those playoffs, for the record), so his only playoff starts came in 2010 and 2011. And as the announcers kept pointing out last night, all three of those starts resulted in losses to the Rangers. This was very clearly a revenge game for Price, and I’ve never seen him more passionate. It was legitimately fun watching him grind out the biggest regular-season start of his life, shouting and urging himself on to the most famous win of his career. Price usually seems like a pretty cool customer on the mound, but last night was about pure passion, and righting the wrongs of his previous playoff starts. You could tell by his teammates’ faces — especially Longoria — that they loved every minute of the show, and when we think back on Price after he’s gone, I’m betting that Game 163 in Arlington will be foremost in our memories.