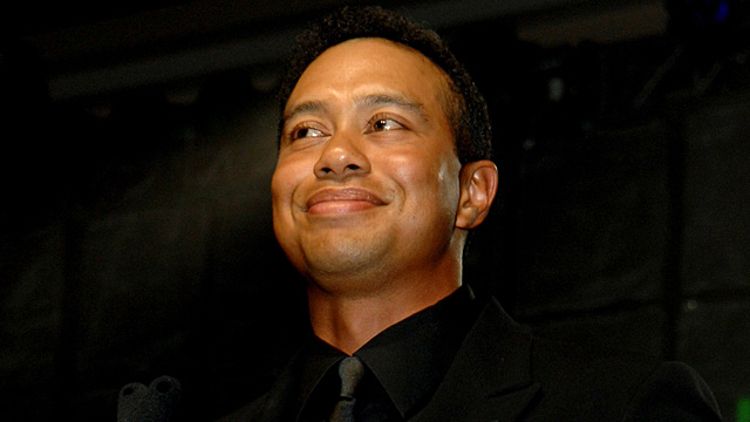 In honor of ESPN Films’ Arnold Palmer documentary, we’ve done some deep digging and discovered several, perhaps less-popular (or even real) drinks that were discovered by athletes, by happenstance. No, these beverages never took off the way the Arnold Palmer did. Perhaps that’s for the best.

It was the summer of 2009 in a soundproof, windowless room, somewhere in the bowels of the Tao Nightclub in Vegas. Unreleased R. Kelly demos played through unattainable Scandinavian sound systems. Maybe someone said, “YO. LET’S GET SLEEPY.” Who knows who? Who cares? The next thing you know it’s 10 mg of Ambien later and Tiger Woods was praying at Amen Corner. One minute he was stepping in the name of love, the next, it was enter sandman. The next morning, watching Steel Magnolias on Southern Starz, things started to come back into focus for the no. 1 money-earner. Watching the scene in which Sally Field nurses Julia Roberts out of diabetic shock while sitting in a beauty salon, Tiger remembered the faithful words some girl (she said her name was Jocelyn? Was that it?) whispered into his ear. “Shelby, drink your juice.” He was floating through the night kitchen all over again.
— Chris Ryan

Bryce Harper is 20, a year below the legal drinking age, but that doesn’t stop him from getting into bars in Adams Morgan, because he’s Bryce Harper. Once he’s inside his watering hole, however, bartenders know better than to get him sauced up, you know, because he’s Bryce Harper, age 20. Whenever the staff sees him walk in, a signal is given throughout the establishment and one bartender, Chad, reaches under the bar, grabs a tub already filled with ice, puts it atop the bar, bangs a cowbell, screams “BRYCE HARPERRRRRR,” and starts making a righteous punch. By the time Bryce walks over with his five ladies, Chad, is doing that thing where you grab six bottles and turn them over all at once. These (plastic) bottles, all labeled “Gordon’s London Dry Gin,” are filled with liquid, but instead of gin, it’s Mountain Dew. Chad, the bartender, tells Bryce Harper to chug the “Bryce Harper” and then chase it with a Wintergreen Skoal. He always acts accordingly, fully aware that all eyes are on him, but completely unaware that the buzz he feels, post–chug and chase, isn’t alcohol but instead the violent chemical reaction that is Yellow No. 5 meeting chewing tobacco.

Bryce passes out. When he comes to, the punch is put away, the girls are gone, and he’s in his Nationals uniform on the Green Line toward Anacostia, a stop past the stadium, at 3:30 a.m. Another solid Monday.
— Rembert Browne

On the basketball court, Andrew Bynum was always … I mean, there’s no better way to put this: He was out of his element. His mind always seemed elsewhere, and that’s because it was. AMF Mar Vista on Venice Boulevard. Colonial Bowling and Entertainment back home in New Jersey. Thunderbird on Castor Avenue in Philly. Those lanes, that’s where he felt comfortable. Not standing in the paint and having Kobe put hexes on his unborn children for not shuttling over to help. That’s what was great about bowling. No shuttling. No Kobe. No boxing out and no running. Just you and the pins and the Steve Miller Band on the jukebox. And if some Ultra Slide Powder got into the champagne of beers, then what? What’s the worst that could happen? OK, yeah, apparently drinking Miller High Life with Ebonite sprinkled in made your knees degenerate. That is definitely the worst thing that can happen when you drink this. They should probably warn people about that if they ever bottle The Bynum.
— Ryan

Ingredients: A glass of Chateau Mouton-Rothschild 1945 that suspiciously tastes like Franzia Chillable Red but is actually a Capri-Sun Pacific Cooler mixed with red dye and a Watermelon Four Loko.

Chateau Mouton-Rothschild 1945 is an extremely rare, sought-after wine, so rare in fact that the average person will have never tried it upon seeing it on the menu and ordering a glass at the Cheesecake Factory in Atlanta. And since there is no reference point for the average Chateau Mouton-Rothschild 1945 drinker at the Cheesecake Factory in Atlanta, they assume that it’s normal for such a fancy, distinguished drink to make you fight a cop, black out, and then wake up the next morning in holding to check your pockets and find a receipt that says “1 glass of Joe Johnson — $82,500.”

No one has ever gotten a second “Joe Johnson.” It takes years to bounce back from. But once you finally pay it off, and it is out of your life forever, the next chapter of your life can finally begin. O Happy Day.
— Browne