Four Biggest Blunders From the Champions League Round of 16 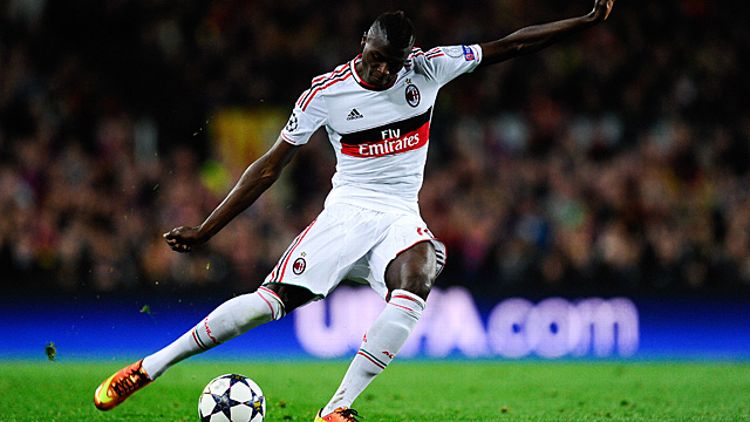 Let’s start with the most controversial decision of the round, referee Cuneyt Cakir’s red card to Manchester United winger Nani for his high boot to the side of Real Madrid’s Alvaro Arbeloa. Most believe Nani was too harshly penalized for what looked like unintentional contact. Others have said it was an obvious red card because of the height of the contact, and that Nani shouldn’t have given Cakir the chance to book him at such a pivotal moment in the match.

I understand we live in the era of sports arguments. We create artificial binaries to yell about, and that becomes the lens through which we watch the games themselves. And there are positive aspects to these arguments despite how stupidly they sometimes manifest themselves: Sports are at their most valuable when they serve as a safe place for people to put their emotional energy, either as fans or as participants. This particular moment takes the two most valuable and popular franchises in sports, and flips the fate of both teams on what is, at best, a borderline decision. So, I get it. I get why this is controversial.

But some moments don’t fit into simple a-b relationships. Which is to say, this contact from Nani is a yellow card probably 75 percent of the time? A red card 10–15 percent? Just a foul 10–15 percent? You can argue with those specific percentages, but it’s usually a yellow, and sometimes a red. That makes this an abnormal call. But not a historically abnormal one. And not an outrageously good or bad call. It’s really high contact, and while there is no reason to believe Nani was aware of the way he was about to make contact with Arbeloa, some referees will choose to factor intent into their decision-making process and some don’t. I’ve seen far less soccer than Ryan Giggs, and while I was surprised that it was not a yellow, this was not the most shocking moment of my life. This isn’t a ball crossing the goal line and getting waved off, or a blown offside call. This is a subjective decision going an unexpected way. At the same time, this was not as Cakir said after the match, a clearly correct call. It was by its very nature questionable. It became questionable the second Nani left his feet without looking to see where Arbeloa was.

The reason this call sparked such outrage, aside from the sizes of the fan bases involved, was the moment in the match that it happened. Manchester United’s game plan to this point had worked to perfection. United had just gone up a goal at home, and the clearance that led to the card was innocuous. The game didn’t want a red card, and if there was ever a moment from a narrative perspective for an official to show a yellow, that was it. But nurturing the narrative isn’t the responsibility of the referee, so this isn’t higher up on the blunder list because I can’t really assign blame to either Nani or Cakir. I wish Nani hadn’t hit Arbeloa so high. I wish Cakir hadn’t shown red. I just happen to understand why both did what they did.

Bayern Munich dominated their match against Arsenal on Wednesday but had nothing to show for it as they paired poor last-ditch defending with poor finishing to lose 2-0, advancing to the quarterfinals on away goals. How did the unbeatable Bavarians look so tame at home against the fifth-best team in the Premier League? One answer is the absence of talismanic German midfielder Bastian Schweinsteiger. And that’s a good answer. But another answer is the play of Arjen Robben. Bayern outshot Arsenal 23-5, but only put eight of their shots on target. Was Robben to blame for this profligacy?

Long answer: Yes. This was not a unique incident. Has any player’s reputation declined more precipitously during the past 12 months than Robben’s? How many times can a man cut in from the wing with impossibly close control, and then fire off target ignoring any number of better options? It’s not as if Robben plays with poor strikers; he has the Marios (Gomez and Mandzukic) up front for Munich and he has Robin van Persie or Klaas-Jan Huntelaar when he plays for Holland. With the amount of options that Bayern has, even a player with Robben’s skills is no lock for the first team if he can’t pick out a pass every now and then. Franck Ribery and Thomas Muller have established themselves has the first choices for Jupp Heynckes’s side, and going forward, I wonder if Robben is even third choice on the wing with Xherdan Shaqiri rounding into form. I guess what I’m saying is, pass the damn ball, Arjen.

2. Barcelona ‘Defense’ and the Loss of Youth

Barcelona became the first team to overturn a 2-0 first-leg road deficit in Champions League play with a scoreline that flattered the Catalonians, 4-2 on aggregate. While there was much to admire in Barcelona’s resurgence, a combination of poor tackling and massive gaps in the back gave Milan a small number of chances to put the tie out of reach. None of those chances were more attractive than this break from 18-year-old M’Baye Niang.

At the time, this match was 1-0, 2-1 on aggregate, and a road goal for Milan would have forced Barcelona to look for three goals in 50 minutes. Instead, Messi scored an equalizer minutes later, and the crushing inevitability that is Barcelona closed out the match. (That Barcelona scored three goals in those 50 minutes does not mean they would have done so had Niang found the net on this shot, as their third came on a late counter when Milan was desperately pressing for an equalizer.)

Two things stick out here. First, Javier Mascherano is not a center back. To paraphrase the Dread Pirate Roberts, there is a shortage of perfect central defensive midfielders in the world, and it is a pity to damage yours, Barcelona, by forcing them to play center back. Stop it. If you need center backs, buy center backs. (Note, Alex Song, also not a center back).

Second, I remember what it was like to be 18. Vaguely. There was a squalid dorm room in Western Massachusetts. One day it hit -40 degrees with the wind chill (I remember that because that is the temperature at which Fahrenheit and Celsius are the same). I remember ending up in the hospital with a throat infection that I tried to cure with raspberry vodka. All that is to say, I cannot imagine what it is like to be Niang today. I just know that watching him hit the post on that shot makes me simultaneously feel very old and very sad. I probably shouldn’t feel that strongly about a French teenage millionaire, but I do.

Also, it might have been the caliber of opponent, but watching this match split-screened with the Madrid-United tie, one could not help but think that the best team playing was Dortmund. Their front four were linking up beautifully, their defense hardly seemed to miss Mats Hummels. Could Dortmund be a sneaky favorite to make the final? Eh? I mean, they already beat Madrid, Barcelona looks fragile in the back, Munich hardly looked invincible … I know, I know, I’ll let myself out on my fixed-gear bicycle.