Fantasy Forecast: It’s All About the Pitching 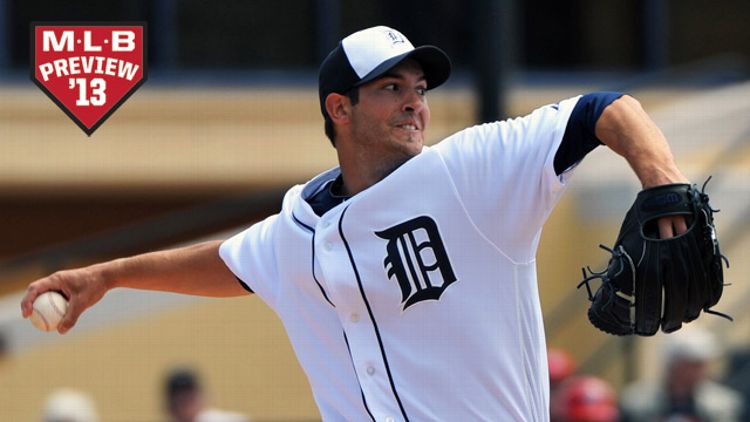 Fantasy baseball ain’t what it used to be. Back in the day, you would have maybe one or two people in your league who did any research beyond glancing at last year’s Triple Crown stats and buying a couple of magazines. Any knowledge above and beyond that level and you were a virtual lock to finish in the money … and maybe get labeled a witch for your prognostication skills.

That’s history now. Even the biggest Luddite in your league can fake his way through a conversation about new-age stats. The key is to wield those advanced numbers, then combine them with other factors — age, health, team, competition, park effects, and dozens of other considerations — to produce usable intel you can take to the draft table.

One of the easiest ways to find a gap between last year’s fantasy stats and this year’s expected results is to scrutinize a pitcher’s Fielding Independent Pitching. FIP seeks to strip out events over which a pitcher has little to no control, and focus on his core skills, especially strikeout and walk rate. (You can read a longer-form primer on defense-independent stats here.)

FanGraphs’ leaderboards have a nifty tool that lets you subtract a pitcher’s FIP from his ERA. So for example, Rockies starter Jeff Francis posted a terrible 5.58 ERA last season, but with a semi-respectable 4.27 FIP. That 1.31 gap was the second-largest among any pitcher with at least 100 innings pitched last year.

There’s no reason to draft Francis (or nearly any other Rockies pitcher, really), unless you’re in a very deep league. But we can still use ERA – FIP as a starting point to whittle down potential pitching values for your draft. Here are a few pitchers to target who pass the FIP test, and who also bring other positive signs that bode well for 2013.

Adam Wainwright, Cardinals (2012: 3.94 ERA, 3.10 FIP)
His first year back from Tommy John surgery was a great success. The Cardinals ace struggled with lousy batted-ball results in the first half, yielding a .333 batting average on balls in play that inflated his ERA to 4.52. Wainwright said his fastball and curveball both lacked their trademark late-breaking action for the first couple of months of the season, which might’ve affected his results. As the year went on, the late life returned and his numbers improved along with it. There might be more positive regression to come, after Wainwright posted a career-low 67.8 percent strand rate (career average is 75.2) while flashing strikeout, walk, and ground ball rates near his personal bests. He’ll be backed again by a solid offense, too. No reason not to go full dollar.

Yu Darvish, Rangers (2012: 3.90 ERA, 3.29 FIP)
Like Wainwright, Darvish doesn’t qualify as any kind of sleeper, as he won 16 games and finished third behind only Stephen Strasburg and Max Scherzer last season in striking out 27.1 percent of the batters he faced. But the near-4.00 ERA might suggest a B+ kind of bid, especially given Darvish’s very hitter-friendly home park. Go higher. Again like Wainwright, Darvish got better in the second half last year, in this case possibly because it was his first year in the big leagues (even if you could only call him a true rookie in the most literal sense). Darvish struggled with command early in the season, and as late as June left analysts wondering if the league had figured him out. Then he slashed one full walk off his BB rate in the second half, and became the no. 1 starter Texas had paid nine figures for. He’d look good as the no. 1 starter on your fantasy team, too.

Jon Lester, Red Sox (2012: 4.82 ERA, 4.11 FIP)
Lester is one of several Red Sox pitchers who can be categorized as “It can’t possibly get any worse, can it?” That might not sound like a ringing endorsement for a pitcher not long ago regarded as one of baseball’s best. But regression to the mean is real, and it can be as powerful for a player coming off a mystifying lousy season as it can for a player who has every break go his way. Aside from what Bill James calls “the Whirlpool Effect,” Lester has more tangible factors working in his favor. Though his strikeout rate declined for a third straight year in 2012, he’s still throwing a fastball that averages just under 93 mph, still posting a ground ball rate near 50 percent, and still just 29 years old. He’s coming off a career-low 67.6 percent strand rate that figures to improve with better luck and a less-apocalyptic bullpen behind him, as well as a near-career high .312 BABIP that suggests more potential regression ahead. If someone in your league still values Lester like a near-ace, steer clear. But if he starts dropping down the draft board, there’s upside here.

Justin Masterson, Indians (2012: 4.93 ERA, 4.16 FIP)
One of baseball’s most prolific worm-burners, Masterson and his 55.7 percent ground ball rate ranked sixth in the majors last year, and was actually a tick below his career mark of 56 percent. That would seem to make Cleveland’s efforts to build the world’s best defensive outfield slightly counterproductive. But the three-center fielder combination of Michael Bourn, Michael Brantley, and Drew Stubbs figures to help every pitcher on the staff. Combine better defense with inevitable regression after a miserable 5.25 ERA last year for Indians starters, and a rising tide should lift all boats. Masterson, in particular, is just one year removed from a near 5-WAR season, he just turned 28, and he’s been a model of health since becoming a full-time starter in 2010.

Rick Porcello, Tigers (2012: 4.59 ERA, 3.91 FIP)
You’ll get very few recommendations in these parts for pitchers who strike out hitters at a rate below the league average of a bit over seven batters per nine innings. In Porcello, you’ve got a right-hander whose 5.46 strikeouts per nine was the seventh-lowest among 88 qualified starters last year. Using straight strikeout frequency rather than strikeouts per nine innings has gained traction in analytical circles, since double plays and other factors can skew the numbers at times. In Porcello’s case, his 13.7 percent strikeout rate last year was just as bad — seventh-lowest in MLB. But there are reasons to expect improvement. For one thing, Porcello’s modest K rate was still the best of his career. Like Masterson, he’s a ground ball artist (53.2 percent in 2012), with the added bonus of a stingy walk rate (2.25/9 IP last year). Porcello’s also the youngest pitcher on this list, at age 24 already entering his fifth full major league season, thanks to Detroit’s aggressive move to plunk him into the 2009 rotation. He’s coming off a flukishly high .344 BABIP last year (league average is in the low .290s) and should get a boost from a Tigers defense that won’t be as horrendous as last year, with Andy Dirks and Torii Hunter taking over everyday outfield duties and the defensively awful Brennan Boesch off to New York to play with Juan Rivera, Chris Stewart, and the rest of the loaded Yankees.

There’s another wrinkle here: The Tigers have dangled Porcello in trade talks, given he’s already making significant money and they have capable lefty Drew Smyly standing by. While it’s tough to know where he might land if he gets traded, it could be on a team that catches the ball better than the Tigers (even the Boesch-less Tigers). Then there’s this: Tigers manager Jim Leyland has cited Porcello as a possible option for saves, given the uncertainty surrounding erratic, plus-sized Detroit rookie Bruce Rondon. Whatever Porcello’s upside might be as a back-end starter, he’d blow that away if given the chance to seize the closer job outright and rack up 30 or 40 saves.

Felix Doubront, Red Sox (2012: 4.86 ERA, 4.37 FIP)
Very much a sleeper pick, since no one in your league will jump for a pitcher coming off a near-5.00 ERA, and some of Doubront’s peripherals weren’t great either (4 walks per 9 innings, 1.3 homers per 9 innings). But this is still a 25-year-old starter who fanned more than a batter an inning in his first sustained crack at a big league rotation job, and those home runs can be explained in part by a 15.9 percent home run-to-fly ball rate that’s likely part ballpark-induced (lefties pitching in front of the Green Monster can be tricky) and part rotten luck. We covered Doubront in a recent piece on breakout candidates, and that endorsement still stands: Save a late-round pick or $1-$2 bid for this guy, and he could net a handsome profit.

Not every positive FIP-er warrants chasing. Here are three I’m not touching:

Roy Halladay, Phillies (2012: 4.49 ERA, 3.69 FIP)
Spring training is spring training, so we shouldn’t freak out too much about Doc’s terrible Grapefruit League results. But any reports of diminished velocity (he was working around 86-88 mph recently) should ring at least a few alarm bells after a shoulder injury last year sliced 1.4 mph off his fastball. Halladay’s long track record of success should provide at least some comfort that he might overcome his injury and performance struggles. But that same track record means someone’s probably bidding $20 or taking Halladay in a relatively early round, hoping for a return to elite form. There’s no value play here.

Jaime Garcia, Cardinals (2012: 3.92 ERA, 2.97 FIP)
There’s a bit more profit potential here, with Garcia shaking off concerns of offseason shoulder surgery and throwing well this spring, only without the likely high price tag that even a diminished Halladay will provide. With a strikeout-to-walk rate above 3-to-1 and a ground ball rate approaching 54 percent over the past two seasons, Garcia’s got the skills to succeed if he can avoid the DL. Still, no fantasy player ever went broke avoiding injury risks, and the fact that four surgeons looked at Garcia’s shoulder over the winter has me spooked. Basically, Garcia’s well worth a late-round flyer in a shallow mixed league, but probably not much more than that.