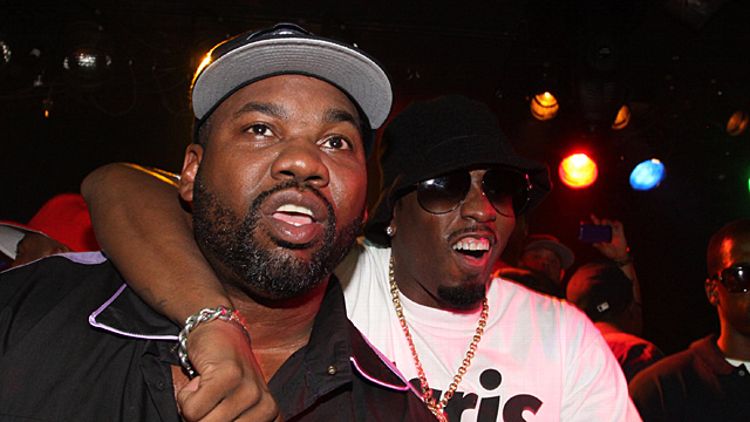 Now that the NCAA tournament has come to a close, we can all direct our attention toward giving proper due to his parents, who conflated the tenets of “A Boy Named Sue” and the Wu-Tang Name Generator to put young Raekwon McMillan on the track to becoming a total badass. First off, wise choice on Raekwon, because if his name were “Ghostface McMillan,” “Masta Killa McMillan,” or “Dirt McGirt McMillan,” the authorities surely would’ve gotten involved and his real name would’ve probably been like Bradworth or Bennett instead.

Here’s the question: How seriously does Raekwon McMillan take his name? If we gauge his age correctly, it’s almost certain his parents heard his namesake’s masterful solo debut, and rightfully figured, “Yes, this album is basically going to define our newborn’s entire life and we are sure it will sound good for its duration.” So rather than reading the tea leaves of his Twitter feed, we can reflect on what school he might choose judging from his de facto birth certificate, Only Built 4 Cuban Linx.

Key lyric: “Cause I’m not trying to just be … sittin’ on motherfuckin’ 200 thou.”
Choice: Mississippi State
Do the knowledge: A little less than $200,000 was Mississippi State’s going rate for a blue-chip recruit back in the Cam Newton days, but we gotta adjust for inflation.

Key lyric: “Let’s get money, son / Now you wanna smoke shit?”
Choice: Auburn
Do the knowledge: Safe to say Auburn could use a few guys who could be a moral arbiter when faced with recreational drug use.

Key lyric: “Ay yo, fuck that! Criminology rap!”
Choice: Michigan State
Do the knowledge: In the event that actual criminology stokes the interest of McMillan, Michigan State has the finest grad program out of the schools still in the running. But note to Randy Edsall, this might be your way in.

Key lyric: “We’re not supposed to trust anyone in our profession anyway.”
Choice: Miami
Do the knowledge: I really shouldn’t have to explain this one.

Key lyric: “On rainy days, I sit back and count ways on how to get rich, son.”
Choice: Oregon
Do the knowledge: On average, there are 139 rainy days per year in Eugene, Oregon.

Key lyric: “They be coming with your words and shit, they hear you say one word and then here they come with the word trying to flip it and bounce and shit on some bullshit.”
Choice: Texas A&M
Do the knowledge: McMillan respects Johnny Manziel wanting no one using his name on a T-shirt.

Key lyric: “Check out the rap kingpin, the black Jesus.”
Choice: Notre Dame
Do the knowledge: Someone’s gotta use that nickname at Notre Dame at some point.

Key lyric: “Any color you want, it’d be like … BLUE AND CREAM”
Choice: North Carolina
Do the knowledge: I had crazy visions! Word is bond, McMillan is gonna rock Tar Heels this summer. Just imagine he bought a navy-blue pair.

Key lyric: Any of them really.
Choice: Alabama
Do the knowledge: Being that this is like the best song ever, it would serve as McMillan’s respect for the most obvious excellence.

Key lyric: “At the end of the week, I’m buying you an L — Lexus.”
Choice: Ohio State
Do the knowledge: Otherwise known as the Maurice Clarett Special.

Key lyric: “Local biochemical, universal giant, the black general / lickin’ shots at Davy Crockett on the bicentennial / happy millennium two thousand microchips / two shots of penicillin”
Choice: Indiana
Do the knowledge: I can understand why Indiana’s on his shortlist no more than I can understand what the hell RZA’s saying 99 percent of the time.

Key lyric: “Man, I done watched you man, since you was a little crumb-snatcher / A little weed-hopper running around here, man.”
Choice: Georgia
Do the knowledge: Mark Richt regains control just long enough to play the Popa Wu figure and convince McMillan to stay home.