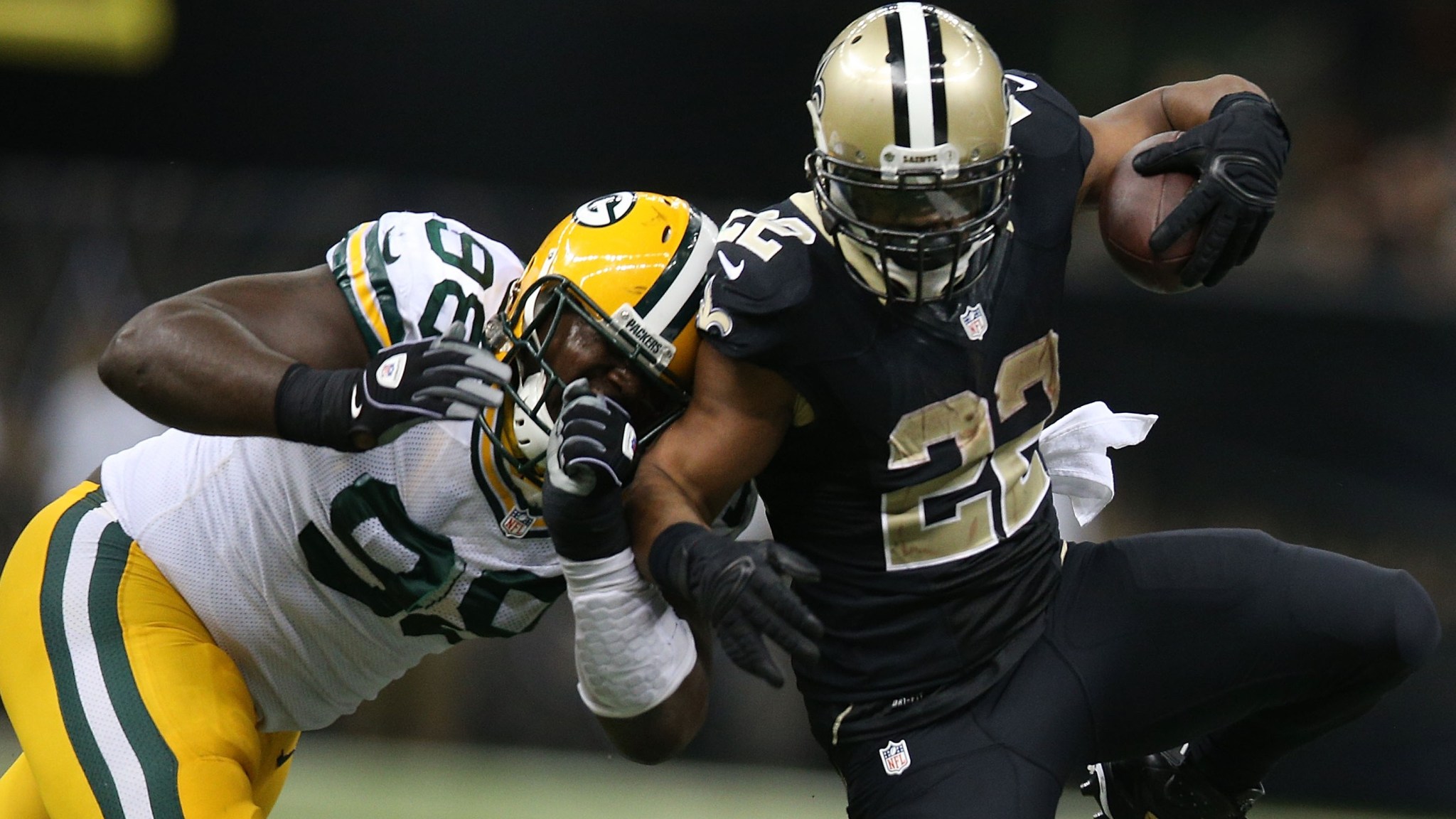 Let’s get to the Thursday-night props …

Longest TD of the game over 45.5 yards

This is always a fun one to root for. Kenny Stills and Brandin Cooks have caught bombs that resulted in pay dirt in consecutive games. It turns out Drew Brees isn’t afraid to throw deep on occasion. That the Panthers are tied for the fourth-most passing TDs allowed doesn’t hurt. Last week was the first time in a month the Thursday game didn’t feature a long touchdown. It’s just not in Peyton Manning’s design, I guess. Let’s go over. 2,000 jermajesties

The big question on everyone’s mind (or probably just mine): Was Mark Ingram’s resurgent performance last Sunday night an omen of things to come, or will he quickly return to being that guy on your fantasy league’s waiver wire every odd week? My money says we’re looking at the latter. We mustn’t forget that it’s been only 11 days since Ingram amassed a hefty 16 yards rushing against the Lions. Carolina has allowed a 100-yard rusher in only two games this year. Under! 4,000 jermajesties

I hit on this prop last week when Emmanuel Sanders was the first to cross the goal line. And yet somehow, even with a 10/1 odds winner and a miraculous Demaryius Thomas under 105.5 receiving yards prop payout (he finished with 105 yards), I ended up in the red jermajesty-wise. Life is funny. Gallagher is not. 1,000 jermajesties each

Before we go too crazy celebrating Big Ben’s feat against the stupefyingly poor Colts defense, let’s look at the 400-yard passers this year:

Before the Week 8 explosion, that’s only three in seven weeks. So getting odds on the “under 400 yards” play is good value. Also, the three worst teams (playing Sunday) against the pass are:

Manning vs. Brady XVI will be more of a defensive matchup than people want to imagine. Under! 7,000 jermajesties

Sportsish Guy Simmons and I have done it again. We grabbed incredible odds on the Royals the day before their wild-card game and didn’t bet the other side to at least recoup our original bet. We are true hedgehogs and fully expect a float in the Giants parade later this week.

Who was more at risk of danger on Monday night:

Tony Romo versus Jim Haslett’s all-of-a-sudden relentless Washington pass rush (-165) over stupid me, who pulled over to the side of the road in a bad section of L.A. to watch the end of the game in my car via Slingbox?

I’ll admit it, I gave up on my Cowboys. I was watching the game at work. Romo got pounded into the turf. I became depressed. As I stuck around to hear injury reports on my favorite athlete of the 21st century, I witnessed a Colt McCoy drive culminate with a 7-yard touchdown scamper of his own. Washington was up a touchdown entering the fourth quarter.

I had seen enough. I got in my car and settled in for a 45-minute trip from Hollywood to my home on the Westside. Just for kicks, I kept the radio on, with the volume turned down really low, and when the Boys came back and it appeared as if no. 9 were making a miraculous return, I had no choice but to pull over into the nearest parking lot. I picked up my phone, turned on my Slingbox (which is, by the way, one of the top-10 greatest investments you’ll ever make in your life — but only when it sometimes works), and watched the rest. I was so focused, I barely noticed the half dozen or so guys with neck tattoos who were leering at me while talking amongst themselves. When the Cowboys failed to convert on fourth-and-3 in overtime (8-yard run, pass, pass, pass — screw off straight to hell, Jason Garrett), I tossed my phone in the backseat to avoid all my a-hole friends’ taunting texts and sped out of the lot. You know it’s gotten to a weird level when even the thuggish, neck-tattoo-sporting gangbangers feel too bad for you to put you out of your misery.

Mike Smith needs to know the key to running out the clock is the word “run.” It’s right there in the phrase. The first word, in fact. I demand the following drive summary be written on Smith’s tombstone — or at least his inevitable pink slip issued by owner Arthur Blank …

Well, since RG3 has been named the starting quarterback and the game isn’t being played anywhere close to McCoy’s native Texas, the smart money would have to be on the under. But I’ll say this — if that woman is anywhere in the vicinity of a Fox camera, she will be shown, and shown and shown again. Congratulations to Mama McCoy for, in one three-hour stretch, shattering the all-time record for mom appearances on television last Monday. You had a nice run, Carol Brady.

@TheCousinSal We need more stories of your Uncle the Cop lol..

I mentioned my Uncle Frank on the B.S. Report this week, recalling the tale of how as a member of the NYPD he made only six arrests in 20 years. His motto was “Don’t get involved.” Let’s see … more stories? OK — here are three.

1. Uncle Frank played minor league baseball for the New York Giants. His career was cut short when he was drafted into the Korean War.

2. Uncle Frank was a neurotic traveler — typically showing up to the airport anywhere from six to 14 hours before his flight took off. This is not a joke. My father once dropped him off at LaGuardia the night before his flight, because Frank was nervous he would miss it.

3. Uncle Frank had a crooked penis.

@TheCousinSal lifelong NYG fan… But I feel your pain and hope #romo is ok.

Umm … I feel like I’m being set up here, but OK, I’ll bite — thanks, Keith. Oh, and just in case you’re being facetious: Eff Eli — the most overrated, pimple-faced QB of all time! But seriously, thanks. You’re a sweet man … I think.

Over/under 4 years before every horse entered in the Kentucky Derby is forced to wear pants thanks to my cousin Jimmy’s new invention, which debuted on Shark Tank last Friday.