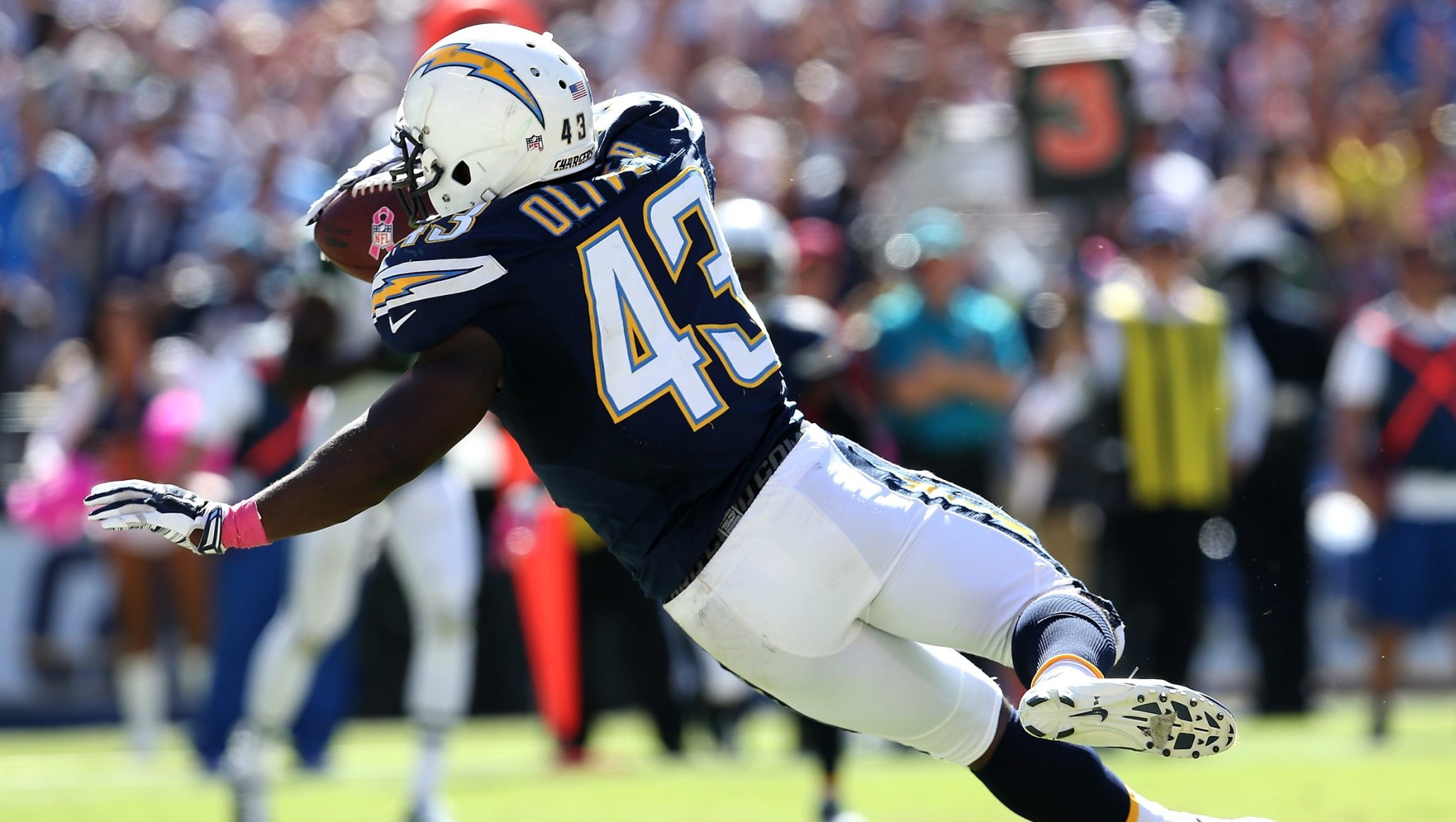 Are you ready for some blowout football? It’s here again. The Thursday night game. Or, as this degenerate NFL gambler likes to call it, Thump Day. Each of the four previous Thursday night affairs has been decided by 20-plus points. Seems like the Kentucky Derby is closer for a longer stretch of time than these debut contests. But they’re playing it, and therefore we MUST bet on it. So away we go …

I wouldn’t respect myself in the morning if I didn’t try this. 500 jermajesties each

I’m not ready to give the Colts this subpar division just yet. I think Houston makes some noise tonight. Twenty-two is a lot of points to expect against the surprisingly stingy Indy defense, but the one thing the Texans do is help themselves out when it comes to starting field position. Houston’s defense leads the league with 12 takeaways — nine of those have occurred in the red zone. The Colts are down two starting guards against the Texans. J.J. Watt is foaming at the mouth like a paparazzo following Amanda Bynes to the 99 Cent Store. I’m predicting Ryan Fitzpatrick will have a short field to work with on at least a handful of drives tonight. Oh, and Arian Foster has averaged over 5 yards per carry while rushing for 343 and four touchdowns in three Thursday games. It’s a prop lock! 9,000 jermajesties

Two weeks ago, I picked TE Larry Donnell to score the first TD in the Giants-Washington game. Unfortunately, I had it attached to an off-color joke about Joan Rivers, so I scratched it before submitting my post. Donnell scored the first TD. Last week, I had the same wager with Randall Cobb and Jordy Nelson, and pulled it because I couldn’t make some other dumb joke work. Nelson scored the first TD. Well, I learned the hard way not everything is funny. This week — no jokes, just player names. 1,000 jermajesties each

Chargers running back Branden Oliver under 70.5 yards rushing versus Raiders (-115)

Undrafted rookie free agent Branden Oliver shocked the football world this past Sunday when he lit up the Jets for 114 yards on the ground. And for that, he instantly becomes my Fantasy Football Free Agent Failure of Week 6. I did this earlier in the year. Or maybe it was last year. I don’t remember, but it worked. Here’s how you play it: You take your fantasy league’s most desired free-agent pickup and wager UNDER his designated total the following week. It’s a sure thing made surer, as I personally was able to nab this guy last night on the waiver wire. 6,000 jermajesties

Over/under 1.7 seconds I will spend watching the Jags at Titans this week

I’ll go slightly over. There is a tiny bit of interest. Apologies to the pathetic Raiders in advance, but this game pitting combined 1-9 teams could be the very one that determines what uniform the No. 1 pick (fill in the name of the super-white offensive lineman from a mid-American conference I’ve yet to hear of) will be wearing next September.

3/2 odds next time former Lions head coach Jim Schwartz plays in Detroit and gets carried off the field, it will be in a hearse

Now the defensive coordinator for the Bills, Schwartz requested — yes, requested — that his defense carry him off the field after Buffalo’s improbable victory over the Lions. But when you think about it, he really does deserve all the credit. Schwartz’s sideline genius stifled the Lions offense. Don’t read into the fact that both star offensive players (Calvin Johnson and Reggie Bush, two of the more electrifying players of our generation) were injured right out of the gate. That’s neither here nor there. It was all Schwartz. This lunatic wants to get punched in the face more than I do.

Speaking of the Lions and getting punched in the face …

I realize there’s only an 80 to 90 percent chance this is the real Matthew Stafford. But to answer your question, Matthew: Yes — I am crazy. Crazy rich, thanks to your and your Lions’ second-half meltdown. Will you please guarantee another? I’m flirting with taking the underdog Vikes at home on my SportsCenter segment tonight.

@TheCousinSal Was not aware you played ball for Boston College. The whole gambling scandal makes sense to me now.

Christopher is undoubtedly referring to the latest 30 for 30 masterpiece, Playing for the Mob, which focused on the Boston College point-shaving scandal of 1978-79. Notorious gangster Henry Hill was the main wiseguy behind it. The documentary sprinkled in clips of actual scenes from Goodfellas, which makes it an automatic walk-off grand slam. I did have one issue with the story: Why was Ernie Cobb — the Eagles’ best player — not in on the scam? Cobb scored something like 10 points in the last two minutes of a game to screw over the mobsters on their final fixed bet. You would think the Mafia would’ve made it a seal-tight operation by getting the 24-points-per-game Cobb to play ball. And if he was in on the fix and decided to screw them over — how is he still alive? Either way, I’m ready for a part two. I pray that in the sequel, executive producer/co-director Joe Lavine can figure out a way to thrust Tommy DeVito’s mother and Jimmy Two Times into the scam. In the meantime, I’m gonna go get the papers, the papers.

Over/under 6.5-ounce piece of brisket that lodged in my friend Brad’s throat during the late-afternoon games last Sunday

Here’s a little backstory: My friend Brad is a bona fide lunatic. That is all you need to know. Actually, if you don’t believe me, check out his latest Grantland piece, “Breaking Brad,” in which he reviews this season of Ray Donovan.

Back to the brisket fiasco. Brad is the biggest fan of barbecue I’ve ever met. He loves barbecue more than cows hate it. Last Sunday, while he and I were enjoying Giants and Cowboys wins respectively, Brad was so excited to devour his brisket sandwich that he completely forgot to chew. He began convulsing and holding his throat. My buddy Scott sprang into action and started administering the Heimlich maneuver — except for the part where Scott didn’t know the Heimlich and basically bear-hugged Brad from behind, occasionally delivering palm thrusts to his back and stomach.

Please don’t let the fact that Scott was smiling or that, rather than help out, I chose to take pictures of the event lead you to believe that Brad’s wasn’t a serious predicament. He was purple. He was gasping. He was foaming at the mouth and spitting uncontrollably all over the floor. It was a very, very fucking crazy 30 seconds. I was happy Brad survived and even more relieved that I was able to document the event. 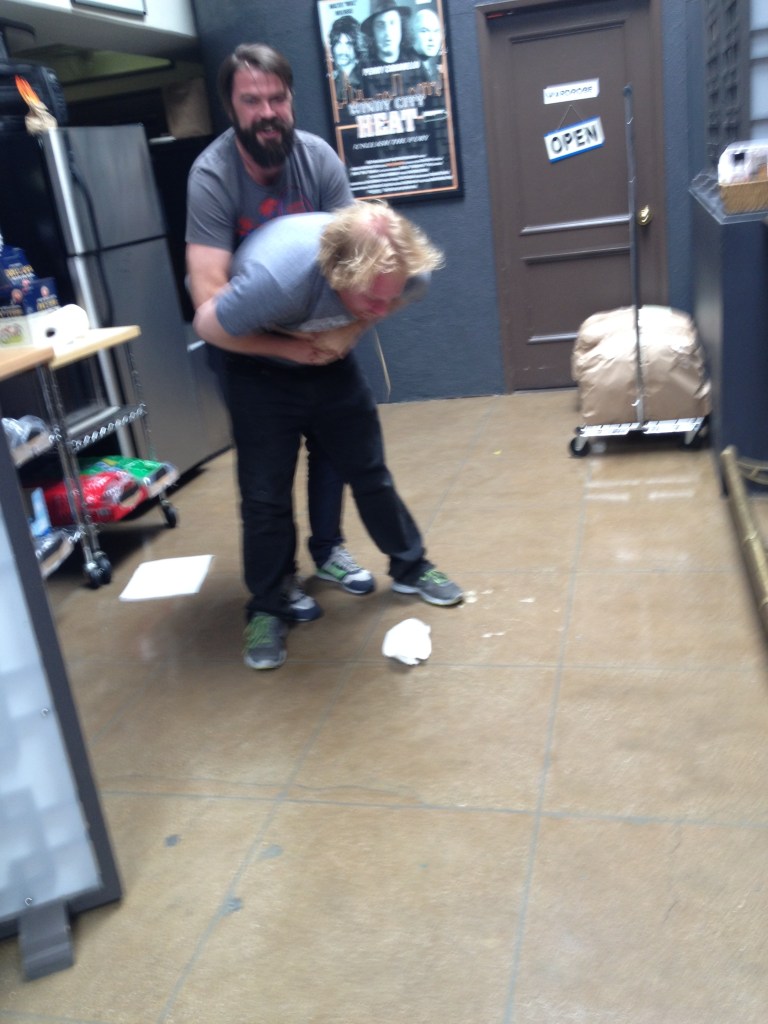 I was seriously about six seconds away from being attacked by an angry pro-texting-and-walking mob. I’m just glad Auntie wasn’t there to see it.

That’s that. Enjoy Week 6. Oh, and be sure to watch me on SportsCenter tonight (10 and 11 p.m. PT and all Friday morning on the East Coast). I went 3-0 last week and am on a 7-2 tear against the spread over the past three weeks. I’m prepared to bury your bookie. I’ll bring the winners. You bring the shovel.
—Cousin Sal

Absent From Class: Where Are the NFL’s 2014 Draftees?

Is the U.S. Men’s National Team Getting Better?