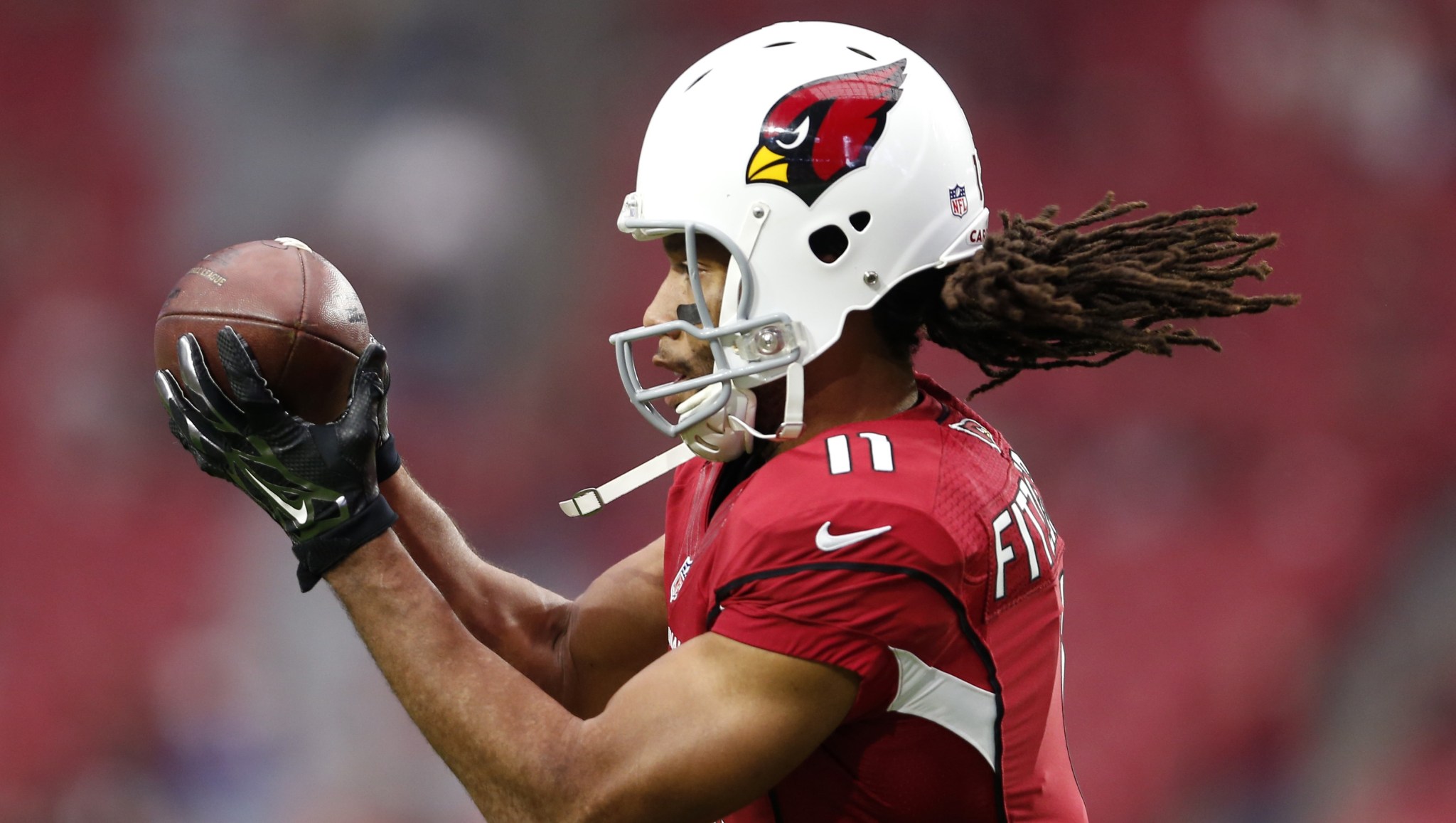 Let’s get through this weekly charade quickly. I have a ton of empty gift cards to “buy.” On to the Thursday-night game props:

The Cardinals’ premier wide receiver (can you really call anyone “the Cardinals’ premier wide receiver” anymore?) has only topped the 60-yard mark four times this season. Granted, one of those times occurred a month ago when Fitzgerald had nine grabs for 112 yards. But Arizona’s career leader in receiving yards has been banged up lately and quarterback Drew Stanton tends to spread the ball between eight and 11 receivers these days, which doesn’t bode well for The Wreck of the Larry Fitzgerald. Note: I’m giving Chris Berman full credit for that lame nickname whether it’s his or not. 5,000 jermajesties

The Rams have played in four blowout games, and let’s please not forget that this is a Thursday nighter, when one team traditionally doesn’t show up for at least a half and possibly the entire game. These teams have combined for 53 sacks since Week 9, which could lead to a lopsided contest if some of those balls come loose.

I’m loading up on the Rams and the Browns. This week the puzzling fantasy darlings pay off in reality. 1,000 jermajesties each

This is less of a wager on Johnny Clipboard Vegas Football as it is on him raking in garbage-time yards. I actually think the Browns will be playing from behind against Cincinnati. Eventually the Bengals’ 21st-ranked pass defense (averaging 247 passing yards allowed per game) will crumble. As a bonus prop, I’m taking Manziel to display the money gesture while doing a Lollipop Guild–esque jig in front of Marvin Lewis UNDER 8.5 minutes into the third quarter. 5,000 jermajesties

Last week Bieber. This week kittens. I don’t understand why the toughest dude in football — the guy who has a fistfight with the player who unsuccessfully tries to cover him after every play — has decided to sissy it up so much these last couple of weeks. I know, Pats fans … it’s all part of coach Belichick’s master plan to blah, blah, blah. Pardon me for even asking.

Seriously — why would either of these sucky squads try to win, blowing their opportunity to get the first pick in the 2015 draft? The head coaches and quarterbacks of both teams most likely won’t be around next year. And you can add fans to that list if they don’t tank their remaining games in the name of draft positioning. Running the ball with a healthy dose of a fullback wedge, punting a bunch, and maybe shanking a few field goals will enable these teams to enter the Marcus Mariota sweepstakes with a clear conscience. Good luck and may the best team(s) tie.

I’ve loved CM Punk ever since he came to my house to pull a prank on my then 6-year-old son.

He is a swell fellow and I’m convinced his talents extend far beyond Vince McMahon’s world. I’m just not sure MMA is the answer. We keep hearing about his kempo background, but until they allow you to enter the octagon with a stick, he’ll remain a long shot in the real fight game.

At least three people tweeted me about how the Rodgers kneeldown cost them a fantasy playoff game. That is a crazy-long offseason to have to think about such a preposterous defeat. It reminds me of the final scene in Rocky III as Apollo and Rocky prepared to partake in an unscheduled sparring session.

Apollo: Look … when you won that last fight, you beat me by one second. One second. That’s very hard for a man of my intelligence to handle.

That explanation is the equivalent of a kneeldown costing you a fantasy playoff game. The best thing to do is get back on your horse and kick the crap out of your league next season. Just make sure you don’t get killed by a ’roided-out Russian thug during an exhibition match in the process.

Over/under 109.5 days before I would be emotionally stable enough to attend an NBA game after witnessing what amounts to at least the genesis of a murder-suicide over FaceTime

Long time. I know. I’m just weird like that.

@BonaBucks @BillSimmons @TheCousinSal both of these guys are geeks who never played sports and are far from qualified to talk about them!

A. All six of my varsity letters beg to differ.

B. Bill Simmons is a fifth-degree black belt in Tecmo Bowl.

C. Your name sounds way too similar to Joe Paterno’s for you to be passing judgment on anyone.

@TheCousinSal should have nfl mass every weekend bc he is the god of nfl picks !!

Thanks, but let’s maybe wait for God himself to weigh in before settling on such high praise.

And there it is! Thanks for paying attention, Jesus. Hopefully this hot streak absolves me of all sins. And if going 9-0 against the spread the last three weeks on SportsCenter doesn’t do it, perhaps the good deed I performed on Hollywood Boulevard as seen on Jimmy Kimmel Live will.

Great news — the Good Samaritan lady used the loot to buy bunk beds for her daughter and Gabriel the elf. That’s that. Enjoy Week 15. What? Week 15 already? Wow.