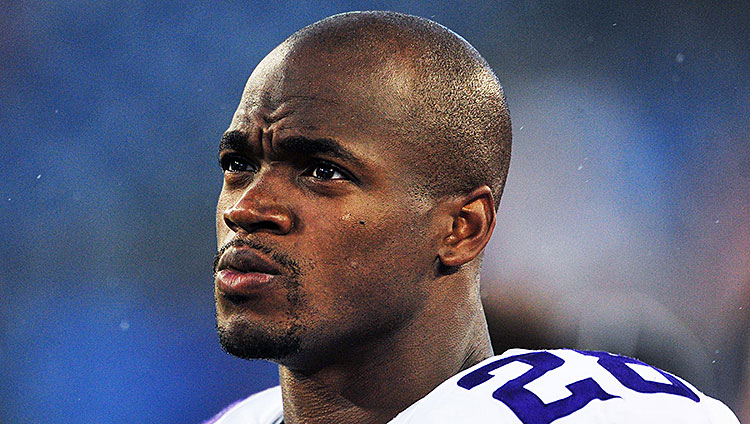 We are back, baby! Hello, degenerates. I hope you had a safe offseason and enjoyed your Labor Day weekend. By the way — how ironic is it that on Labor Day weekend, 650 NFL players lost their jobs to roster cuts? Isn’t the NFL the funniest?!

It’s almost as humorous as my picks last season. I ended up in the hole about [cover mouth and garble the number] jermajesties.1 But this is a new year and I’m prepared to make it rain all over your bookie’s studio apartment floor.

This season’s blog will primarily focus on the Thursday-night games. That way, if you go against me, you’ll have a nice nest egg heading into the weekend. Let’s do this, starting with the opener tonight in Seattle.

Seattle’s 28 picks last season earned it the top spot by a wide margin. This included four off Colin Kaepernick (and two more in the playoffs) and five off Eli Manning. The speed at which the Packers’ preseason opponents were moving this past month does not compare at all to that at which the Seahawks move in the regular season. It’s a good bet Rodgers will be out of sync with his overwhelmed receiving corps at least once tonight. 15,000 jermajesties

Interception bet above notwithstanding, Randall “Don’t Call Me Reggie” Cobb is about to have a breakout year. Last season, Cobb fell victim to the injury bug, but not before he put up a 108-yard day against the 49ers. Look for Rodgers to discount double check to his speediest target a bunch tonight. 10,000 jermajesties

I’m going to do this a lot this year, so get used to it. Don’t you dare let me down, Russell Hustle-and-Bustle-Man-Muscle Wilson. (I’m pretty sure that’s what his parents used to call him when they were angry.) 4,000 jermajesties each

I’ll say it for you. These picks are boooooring. Not sexy at all. But why even screw around with this gimme category? One of these three players is taking home the MVP award. A quarterback has won 10 of the last 13 MVP honors. Shaun Alexander, LaDainian Tomlinson, and Adrian Peterson are the only recent non-QB winners, posting near record-setting seasons. Betting the top three quarterbacks to win MVP is as good a value play as any. Or just take Peyton Manning. It’s a solid hedge for how sick you’ll be of all the Peyton Manning talk by January.

Talk about a great value bet! With 1,499 receiving yards last year, Brown ranked second only to Josh Gordon. My research tells me Gordon will have close to zero targets this year. If the guy who came in second at the Nathan’s Hot Dog Eating Contest was given 12/1 odds in next year’s competition, which didn’t include Joey Chestnut because he was suspended for marijuana use (that would explain the bizarre appetite), you would jump on it, right? Free-agent pickup Lance Moore, Markus Wheaton, and rookie Martavis Bryant will do more than enough to fill the void left by Emmanuel Sanders. Brown had 165 targets last year. Big Ben will find a way to get him the ball.

Wagering on these two is potentially a very exciting play. It’s even more exciting if Peterson, Jamaal Charles, and LeSean McCoy all get season-long head injuries after a botched ice-bucket challenge. Like this one:

One of these years, Frank Gore is going to disappear. I’m banking on 2014 being that year. With 226 rushing yards in Hyde’s regular-season finale vs. Michigan, he caught my eye and apparently my wallet. 30/1 is way too high.

What is it with me and these Ohio State guys? I also like Joey Galloway to win Comeback Player of the Year. With 11 tackles and an interception in his preseason opener, Shazier has the goods to be a force for the Steel Curtain. Not to mention, the voting committee isn’t the brightest crew, and Ryan is much easier to spell than Jadeveon. It just is.

The smart money seems to be going on J.J. Watt and Luke Kuechly, but my dumb money is what counts here, and that’s on the pass-rushing monster who took down quarterbacks 19 times last season.

I realize Bon Jovi’s M.O. is to never say good-bye, but he doesn’t own the team yet, and the Bills will have no choice but to can Marrone after a predictably putrid season. Note: This bet is ruled void if the Browns’ fickle front office fires Mike Pettine for losing the coin toss Sunday.

Saints/Chargers will meet in the Super Bowl (120/1)

Don’t bother looking for these …

7/1 odds that Cowboys owner Jerry Jones had a private phone conversation with the OTHER Adrian Peterson — not the future Hall of Famer who takes handoffs for the Vikings.

You remember the other Adrian Peterson, right? I think he played for the Bears.

He’s pictured here. Actually … no photo available. He’s the one you would nominate in a mock auction draft, just to see people bid him up to $25 before they realized they were vying for the WRONG Adrian Peterson. Something tells me the senile GM for my beloved Cowboys is about to make the same mistake.

Over/under 6.5: Fans on the East Coast who will stay up to catch the end of the Chargers/Cardinals game on Monday night.

The second Monday Night Football game kicks off at 10:20 p.m ET. With the new defensive holding calls slowing things down, you can be sure only a handful of diehards, a few dairy farmers, and their cows will be awake for the ending.

Over/under 9.5: On a scale of 1 to 10, how heartless the NFL is to be forcing Wes Welker off PEDs and making him shrink down to an even smaller version of himself.

Do you remember the Seinfeld episode in which Kramer’s little-person friend, Mickey, was ostracized by the other dwarf actors for wearing lifts during a TV audition? Me neither.

Over/under $6.75: Combined retail value of the mandals I disposed of during a taping of Jimmy Kimmel Live!, where Jimmy and I shamed men for wearing open-toed shoes by tossing them in a fire.

Dawn, you should follow me around. I promise I can come up with a LOT wronger.

You’re in luck, Tommy. This year, you will hear and see them. I’m assuming you don’t own a television, but if you head to Best Buy next Friday and convince the manager to put on SportsCenter, you will see me deliver my best bets for the week, and every week until the producers realize they made a huge mistake.

The Pac-12 Is Ready for Its Close-Up