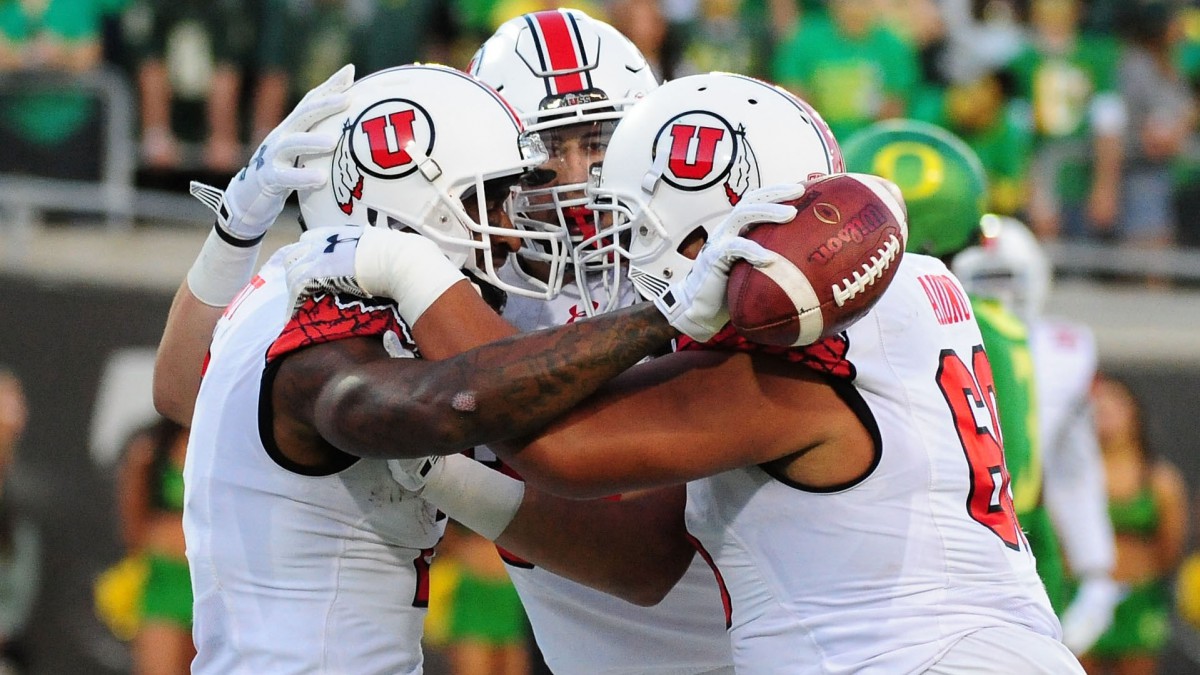 Statistically speaking, by this point in the season, it’s likely at least one weekend has gone terribly, terribly wrong for your college football team. Close to 85 percent of FBS programs have already surrendered a loss; season-ending injuries are popping up in heartbreaking volumes; and nobody — absolutely nobody — looks unbeatable.

The schedule in Week 6 won’t do a great deal to shake up the upper echelons of the rankings, but what this slate of games lacks in consequence, it more than makes up in spite, boasting a bumper crop of rivalry contests. Pry the nearest piece of farm memorabilia off a Cracker Barrel wall to use as a trophy, pull up a camp chair, and let’s see if we all can’t work out some of our frustrations on some roundly disliked conference-mates, shall we? (All times Eastern.)

How High Are the Week 6 Stakes? As high as that tea canister on the pantry shelf you are trying to retrieve when you knock loose a can of tomatoes that hits you square between the eyes. College football!

Destination Game of the Week: Impromptu trip to Baton Rouge, anyone? Camp out somewhere, make some frightening new friends, and consume species of varmint you didn’t know were digestible. Stop in Nashville along the way and donate some bottled water. (South Carolina at no. 7 LSU, 3:30 p.m., TBD.)

Undercards of Interest: First, Georgia Tech at no. 6 Clemson (3:30 p.m., ABC/ESPN2). The Tigers shouldered their way past some key injuries to beat Louisville by three and Notre Dame by two. Florida State’s the only ranked team remaining on their schedule, and that game won’t kick off until early November. Georgia Tech is well out of the big picture after consecutive losses to Notre Dame, Duke, and UNC, which means this is exactly the time to watch out for something really weird. Also in the midafternoon slot, Navy’s first real test comes at no. 15 Notre Dame (3:30 p.m., NBC). Finally, in prime time, tune in to no. 21 Oklahoma State at West Virginia (7 p.m., ESPN2) to see what the Mountaineers defense will look like without the services of star safety Karl Joseph.

Rivalry Games of the Week: In this space, the quality of a rivalry game is judged entirely on the trophies awarded; by this metric we can eliminate whatever it is we’re calling the Red River Shootout this year (no. 10 Oklahoma vs. Texas, noon, ABC), as well as no. 19 Georgia at Tennessee (3:30 p.m., CBS), a series that inexplicably continues to not be played with a year of water rights on the line. Setting those aside, we celebrate the Victory Cannon, awarded to the winner of Central Michigan at Western Michigan (noon, ESPN3); the Bronze Stalk, in Huskie hands now for six years of the NIU–Ball State series (3:30 p.m. in Dekalb, ESPN3); and the Hornbeam Blanket, draped upon the victors of Illinois at no. 22 Iowa (Noon, ESPNU).1

Grudge Match of the Week [TIE]: It’s Kansas State vs. Human Frailty, as the Wildcats host no. 2 TCU (7:30 p.m., Fox) and try to shake off memories of getting — even by the standards of the Big 12 — abominably screwed by an officiating crew. And down in Tallahassee, it’s no. 12 Florida State vs. Quick Thinking Domain Purchases, as the Seminoles welcome the Hurricanes, who have brought their very own website for this occasion (8 p.m., ABC).

This Week in Why: Why isn’t this game played inside Medieval Times? The Civil Conflict, a hysterically one-sided rivalry named for those august Civil War battlegrounds of Storrs and Orlando, sends Connecticut to UCF (3:45 p.m., ESPNU).

How many undefeated teams play this week? Seventeen.

How many winless teams play this week? Five.

Are any of the latter likely to get a win? There are some maybes: Wyoming at 2-2 Air Force, North Texas vs. 3-1 Portland State, and UCF vs. 2-3 UConn.

Who among those oh-fers does not have a shot? Kansas, this is not your week given that you are playing no. 3 Baylor. At least New Mexico State is getting paid to trek to no. 14 Ole Miss.

Friday: It’s hard to get too worked up about Southern Miss at Marshall (7 p.m., CBSSN), but NC State at Virginia Tech (8 p.m., ESPN) could see the return of Michael Brewer at quarterback for the Hokies.

Saturday: Navigate through the corn maze of rivalry week at will, but here are a couple of calendar points to pin your day to … In the noon slate — your eyes do not deceive you — it’s time to confront Illinois at no. 22 Iowa, and the fact that there are nine wins between them after five weeks of play (ESPNU). And look in on the RRS, if you get a chance, because we’re at that point in the season when it feels like Texas steals a game it absolutely should not have any business absconding with (no. 10 Oklahoma vs. Texas, noon, ABC).

Ready to Blast Off: Don't Sleep on Ty Lawson and the Rockets