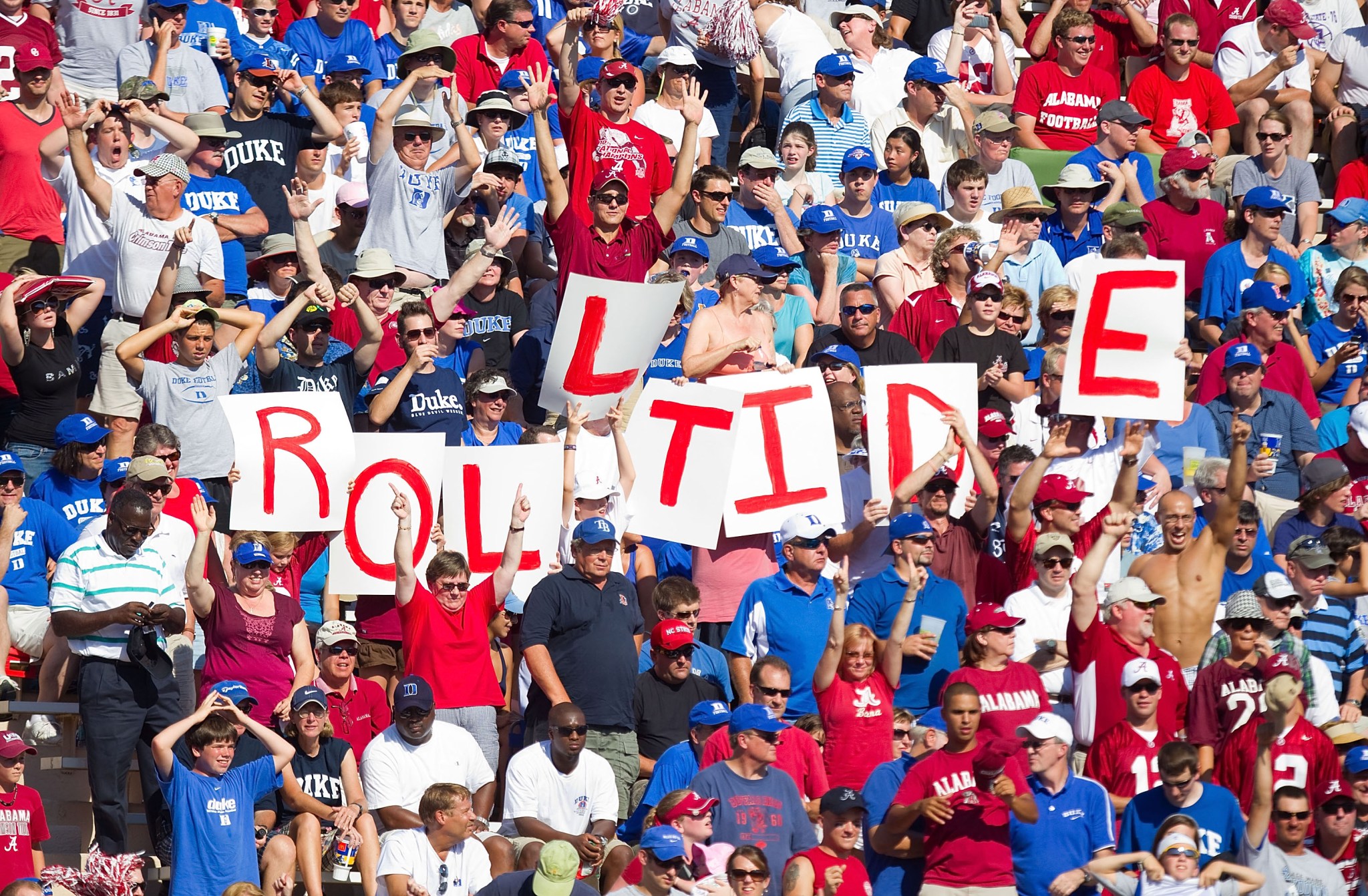 Steve Ford, owner of Losers Most Wanted Bar & Grill on Division Street, said [Tennessee Titans QB Zach] Mettenberger did nothing to provoke another bar patron, but the 6-foot-5, 224-pound quarterback ended up getting punched in the face. He did not require medical attention.

“Here’s the truth: The guy said something about ‘Roll Tide!’ to Zach, and Zach turned around and said ‘Good luck with that,’ ” Ford said on Monday. “And the guy’s buddy then sucker-punched Zach.”

Mettenberger, the ex-LSU passer, is OK after all this and didn’t fight back, and while his ordeal is unfortunate, his sacrifice is a noble one. The rest of us needed news like this back in our daily lives. We’ve had SEC media days, ACC media days … but those were all just prelude. Now it’s official.

“The guy sucker-punched him in the eye,” adds the bar owner in Nashville. “And the guy that punched him started running out the door. My door guys had to chase him down.”

The most batshit crazy sport in America is back. Thank God.