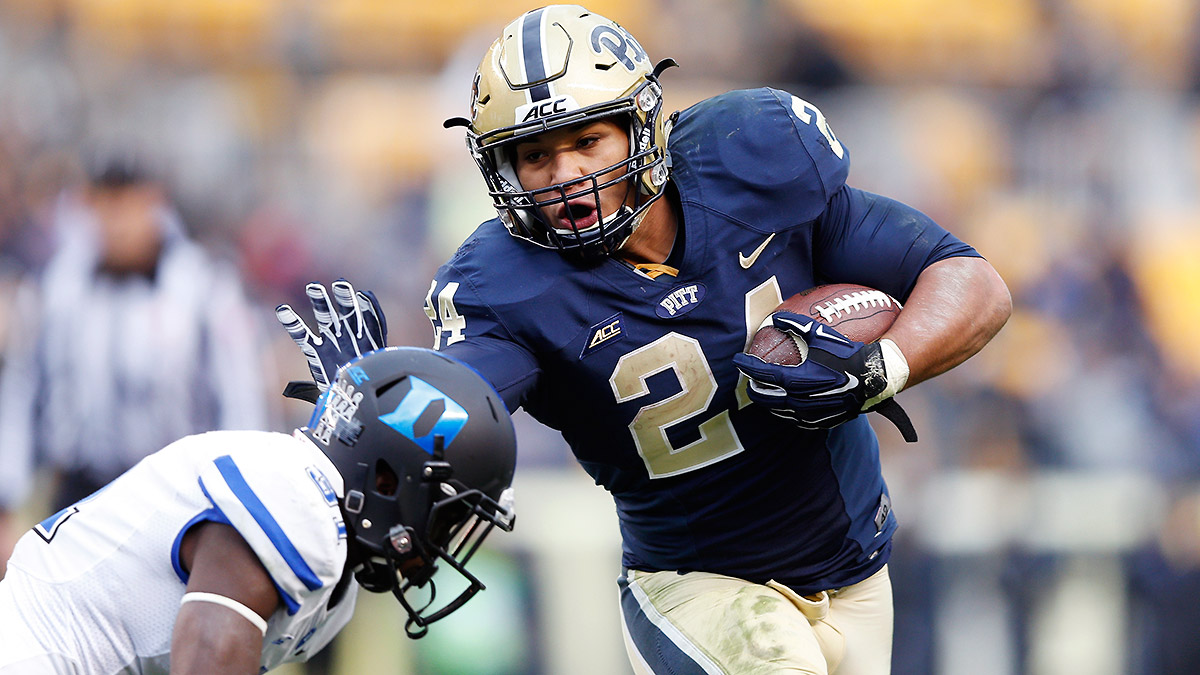 Every college football season, the spotlight inevitably (and obviously) falls on a cluster of the richest, most visible, and most successful teams. But those big winners are only the tip of the iceberg when it comes to the sport’s wealth of talent. Today, we’re going below the fold to recognize the best players on the bad teams — the largely anonymous guys who might be household names if they were part of more successful outfits. Our patron saint on this journey will be former Ole Miss linebacker Patrick Willis, a consensus All-American, a first-round draft pick, and an eventual Pro Bowler who thoroughly outclassed his college teammates on a succession of last-place squads.

And by bad teams, we mean bad teams, not merely obscure ones like, say, 8-3 Utah State; just because a team doesn’t get much airtime doesn’t mean it’s bad. Every player below is suffering through a sub-.500 season, and every one deserves better than his current surroundings.

As the most coveted safety in the 2014 recruiting class, Blanding may be the only player on this list who actually could have chosen another team, had he been so inclined. Instead, he opted to stay in-state, and has talked openly about restoring Virginia to the lofty national position it once held (for about a month) nearly 25 years ago.1 He’s off to a good start, averaging a team-high 10.2 tackles per game as a true freshman, but if the Cavaliers are going to scale any new heights in Blanding’s time in Charlottesville, it won’t be under coach Mike London, who may be down to his last two weeks on the job.

Akron is nearly 1,200 miles from Brown’s roots in Belle Glade, Florida, a.k.a. “Muck City,” where Brown (like a great many players before him) grew up chasing down the rabbits that emerge from nearby sugar cane fields when the fields are burned each year. By contrast, chasing down MAC running backs is cake: For the second year in a row, Brown is the leading tackler for a defense that ranks second in the conference in both yards and points allowed. Against Power 5 opponents, the Zips held Penn State to 21 points in September a few weeks before bottling up prolific Pittsburgh tailback James Conner (see below) in a victory that, for Akron, qualified as a major breakthrough.

Coleman is a boom-or-bust type in an offense that, as a whole, has gone bust in a big way since losing quarterback Nate Sudfeld to a season-ending shoulder injury: With its starter on ice, Indiana turned to a true freshman behind center, and subsequently averaged fewer than 15 points per game in the course of a four-game losing streak. But the complete and utter lack of a credible passing threat only makes Coleman’s ongoing assault on the stat sheet that much more impressive. Aside from Wisconsin’s Melvin Gordon — who has ascended to a separate statistical plane several degrees removed from the rest of college football — Coleman has rushed for more yards (1,678) and more yards per game (167.8) this season than any other FBS back. He’s also ripped off more runs covering at least 40 yards (11) than anyone but Gordon, a distinction that Coleman owned last year alongside Boston College’s Andre Williams, a finalist for the Heisman.

In fact, if not for Gordon’s record-breaking showing against Nebraska last weekend, Coleman’s simultaneous, 307-yard romp against Rutgers would have marked the best individual rushing effort of the season against an opponent from a Power 5 conference. Indiana’s 45-23 loss aired on the Big Ten Network, where only NFL scouts seemed to notice.

At 250 pounds, Conner runs like a Brinks truck, and single-handedly inspired the creation of this list last weekend after rumbling for 220 yards and four touchdowns in a 40-35 loss to North Carolina. So it goes: In Pitt’s six losses, Conner has averaged 155.5 yards per game on 6.1 per carry, virtually identical to his production in the Panthers’ four wins. (Not surprisingly, the defense has been far less consistent, yielding 36.0 points per game in defeat to just 15.3 in victory.) Between them, Conner and fellow sophomore Tyler Boyd, a wide receiver, have accounted for more than 59 percent of the team’s total yards from scrimmage, to little avail.

I doubt even many SEC fans would be able to identify a lowly Wildcat as the conference’s active career leader in sacks, but NFL scouts can: With his ideal size (6-foot-4, 267 pounds) and proven production over multiple seasons, Dupree has a shot at becoming an early-round pick next spring. Meanwhile, his team has lost five games in a row on the heels of a promising, 5-1 start, all by double-digit margins.

Earlier this month, Heeney took it upon himself to present the game ball to interim coach Clint Bowen following Kansas’s first and only conference win, over Iowa State, and an emotionally overwhelmed Bowen responded by calling Heeney “the greatest linebacker in the Big 12.” Cooler heads could easily come to the same conclusion: Opposing coaches made Heeney a second-team all-conference pick in 2012 and 2013, and he’s well on his way to earning a first-team nod as a senior with an FBS-best 78 solo tackles. Plus, between the beard and the bow tie and whatever this is supposed to be, he’s got the intangibles locked down.

This spot may as well be shared by Johnson and his counterpart on the other side of the field, Merrill Noel, both of whom have started for the better part of four years, both of whom rank among the active FBS leaders in career passes defended, and both of whom have had to hold their own this season opposite an offense so appallingly bad that it’s hard to convey the depths without inventing new adjectives.2 Johnson is expected to catch on at the next level, and whatever compensation he receives there will only begin to remunerate him for the things he’s seen this season.

In context, grandiose statistics tend to lose some of their shine when they come as part of an offense that puts the ball in the air nearly 65 times per game, which in and of itself may be the most bombastic statistic of the season. But Mayle has been on point week in and week out — against FBS opponents, he has at least six receptions for at least 75 yards in every game — and he’s gone certifiably HAM against Utah (8 catches for 120 yards, 2 TDs), California (11 for 263, 1 TD), Arizona (14 for 145, 1 TD), and Oregon State (6 for 143, 1 TD). Through 10 games, Washington State already has seven receivers with at least 30 receptions apiece. If you’re good enough to stand head-and-shoulders above the rest of that group, as Mayle has despite having never played organized football prior to junior college, you’re just good.

I’m fudging the criteria a bit on Matakevich’s behalf: At 5-5, Temple is not a sub-.500 team. (At least not yet: The Owls have dropped four of their last five after a 4-1 start.) Nevertheless, I think it’s fair to say that Temple is a bad team, more or less in perpetuity, and Matakevich is an exemplary case in the spirit of this list. Only a junior, he’s already racked up 333 career tackles, which puts him second among active FBS players for total tackles per game and first for solo tackles per game, the latter by a significant margin. At that rate, I’d be worried about what might happen if I ever met Matakevich and hadn’t included him.

Coming into the season, it was impossible to imagine any Colorado receiver approaching the production of departed All-Pac-12 pick Paul Richardson, whose combination of productivity and explosiveness made him a second-round selection of the Seattle Seahawks. With two games to go, though, Spruce has already surpassed Richardson’s 2013 totals for catches (99, a CU record) and touchdowns (11), and is on pace to break Richardson’s school record for receiving yards in a season. Assuming that Spruce will be back in 2015 — likely, but not a foregone conclusion — the career records will also be in his possession soon enough. Of course, the Buffaloes will surely spend next season mired in the same futile pursuit of the conference victory that’s eluded them so far this year, but when it finally comes, you can bet Spruce will have played a central role.