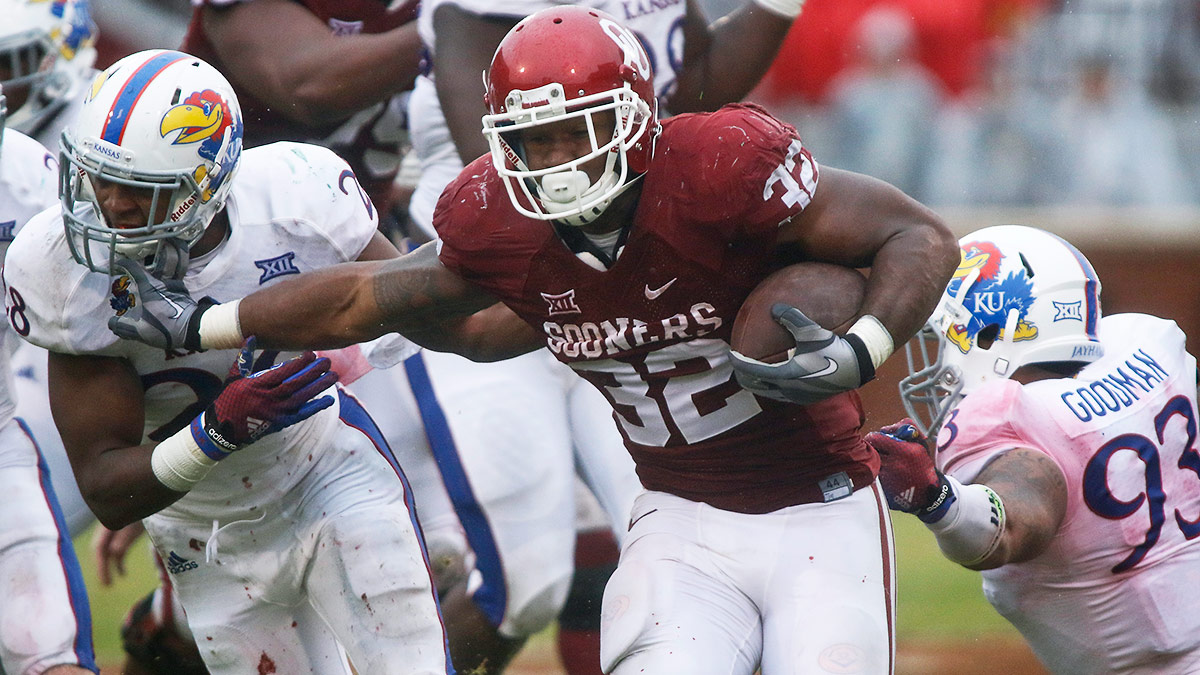 Celestial Recalibration of the Week

In the symphony of the year, Week 13 is the discordant blast before the reluctant, violent ordering of divisions concludes with next week’s final regular-season games,1 settling the conferences into proper chords.

In a nearly nationwide swirl of unpleasant precipitation, three-win Indiana hung with no. 6 Ohio State for three quarters; no. 3 Florida State resorted to a last-second field goal to beat Boston College at home; no. 8 Ole Miss had its brakes beaten off at Arkansas; division front-runner Duke got mauled at home by five-win UNC; undefeated Marshall very nearly went down to UAB; preseason Sun Belt favorite Louisiana went down to FBS newbie Appalachian State; and South Carolina turned the ball over five times against South Alabama.

After no. 20 Missouri’s uninspiring performance at Tennessee, we’re ready to go along with the Big Ten partisans who want Mizzou vanquisher Indiana to go to the SEC championship game as the East’s representative. In the interest of determining a replacement team for the B1G, may we suggest Wake Forest, new owners of a transitive victory2 over Ohio State? HONNNNNNNNNK.

In what has already been a glorious season for the burly beasts at running back, here are two things we didn’t count on seeing: Melvin Gordon breaking LaDainian Tomlinson’s 15-year-old single-game rushing record with a 408-yard performance against Nebraska, and OU’s Samaje Perine bolting past that a week later with 427 yards against Kansas.3 If there’s comfort for Gordon, it’s that his 200-yard performance against Iowa made him the fastest back to a 2,000-yard season, and that he’s raised the bar so stratospherically that a 200-yard outing is only his fifth-best performance of the season.

Honorable mention: You ever find yourself staring at the screen and hollering, “SHUT UP AND PLAY THE HITS, BOISE”? Grant Hedrick and Jay Ajayi are here for you:

We had such fervent feelings for the king of the Brozarks, long ago when he was a brash Badger using the rulebook to irritate the shit out of Joe Paterno, and such high hopes for his tenure at Arkansas. But we were so opposite-of-charmed by his attempts to use bureaucracy to sort of the same effect, and the thrill was gone, and we spent most of this season not giving him much thought one way or the other.

Then we saw him direct his team to kick an 18-yard field goal up 27-0 in the fourth quarter against Ole Miss en route to a 30-0 shutout of a top-10 team and Arkansas’s second consecutive SEC victory, building a winning streak of two at the tail end of a losing streak that stretched back to 2012 and — do you know what we hear?

Something old: home-and-home jerseys, long may they reign, and may every rivalry game follow the fine annual example set by the Pac-12’s Los Angeles teams.

Something new: the Bits of Broken Chair Trophy, the product of a bet between a plush mascot and a parody Twitter account, and a totem we sincerely hope will endure for a thousand thousand years:

As intrepid reader @doc_rock points out, this even hews to our self-created bylaw that rivalry trophies should always look as though they were pried from the wall of a nearby Cracker Barrel and stolen during the dinner rush.

Our esteemed colleague Matt Hinton has long held that there are certain levels of spectacle that should excuse a play not falling entirely within the given rules of football. This West Virginia pinball touchdown was called back by Big 12 referees, who were doing their jobs in the academic sense of the word, but who were otherwise utterly negligent in recognizing the wonder of that Kevin White score.

And in a Missouri-Tennessee game that should’ve been scored with circus calliopes — a game that featured both a snap into Maty Mauk’s face mask and a perfectly executed fake field goal touchdown by a pair of walk-ons — the Pontiac Game Changing Performer of our heart is this guy:

Shit, maybe this should go up under “Graven Idols.” Can we get this guy bronzed?

Some will win, some will lose
Some were born to sing with goose

You Know Me, I’m Your Friend: DEA Raids and the NFL’s Painkiller Crisis