Champions League Roundup: So You Wanna Be a Big Club, Liverpool? 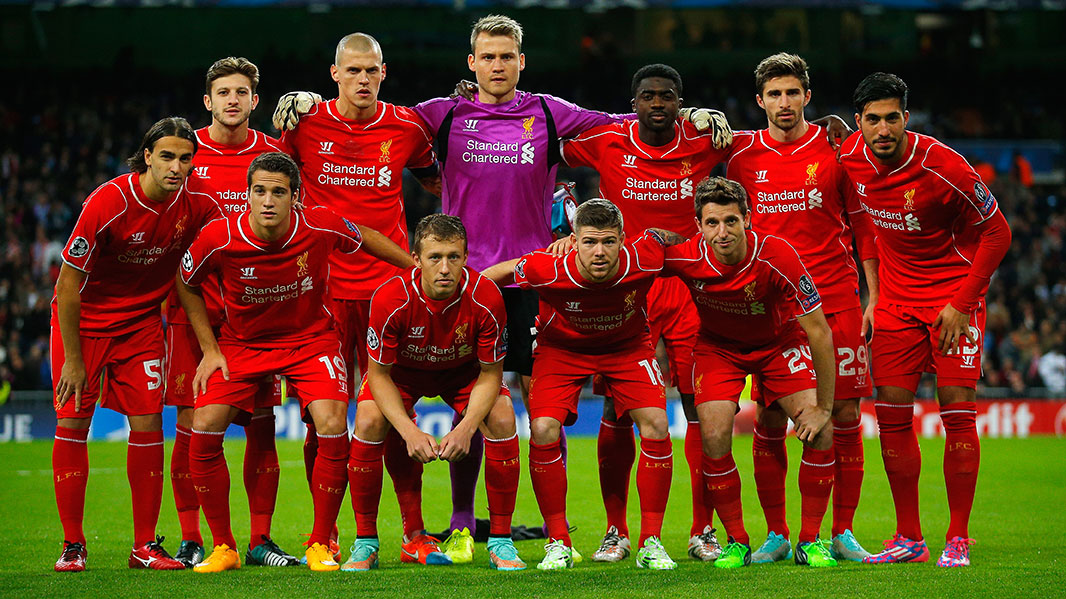 Before we dive deep into this week’s Champions League action, let’s start with two quick recaps of Real Madrid’s 1-0 win over Liverpool from Tuesday.

1. Despite a five-year walkabout in the wilderness of the Europa League, Liverpool are a big club, and big clubs should never forfeit matches before they kick off. Brendan Rodgers did just that Tuesday, benching talismanic midfielder Steven Gerrard, his team’s most dangerous attacking threat in Raheem Sterling, and big-money offseason acquisitions Mario Balotelli and Dejan Lovren for a slew of past-their-prime squad players. Kolo Touré and Lucas Leiva starting at the Bernabéu? Not in 2014, and not for a club of Liverpool’s stature. Simon Mignolet’s brilliance in goal was the only thing that kept Liverpool from getting flayed, which itself was unsurprising. After all, Liverpool approached the match much the way Mignolet’s former club Sunderland would have: with a tepid attack (Fabio Borini, anybody?) and an ambition only to escape.

2. Liverpool went into Madrid with little on the line and managed not just to save face but to revive their season and rest their best players. Rodgers’s tactics proved to be among his most successful of the campaign. Liverpool, a club that hasn’t played in Europe’s top competition in five years, held the Champions League holders to a single goal at home, an outcome no other team has managed in any competition this campaign. While the Reds looked tepid in attack, they have looked tepid in attack against far weaker defenses than Madrid’s since Daniel Sturridge went down with an injury in September. Liverpool now head into Saturday’s game against Chelsea knowing they can shut down an elite offensive team — and with a host of well-rested offensive threats rejoining the lineup.

xG map for Real Madrid vs Liverpool. Madrid's been dead-eye finishing all year, looks an off night for them. pic.twitter.com/JDbSBU0XPs

So what actually happened with Liverpool in Madrid on Tuesday?

The answer: We won’t really know for weeks. The more important question for Liverpool is what sort of trend line this match sits upon. Is it one where they have found some answers in defense and can still escape from this group and into the knockout stages despite dropping both of their matches to Real Madrid? Or is this another poor offensive showing in what will prove to be a season full of them? Will Liverpool make the Round of 16 in this year’s tournament or finish in the top four of the Premiership? Both appear to be 50-50 propositions at this point. Does Liverpool need to manage both to succeed?

Alternatively, is Liverpool’s failure this year purely one of style? Despite not winning a trophy, last season’s campaign was joyous for the club’s supporters. Watch Luis Suárez’s 31-goal montage. There’s nothing pragmatic about what’s happening between him and Sturridge up front; the performances were straight genius. Even if Rodgers made an intelligent choice to save his team’s legs for Chelsea this weekend, by not running out a team that could play Madrid without at least some of last season’s attacking bravado, was something important already lost? And can it be regained with a return to fitness from Sturridge and a return to form from the team’s midfield?

That Liverpool’s fate this year remains so unknowable a third of the way into the campaign is why these narrative questions ring so loudly. The team is playing middling football — but that doesn’t make for a good story.

Expanding our gaze from a club to a country, it was fun to watch all of England collectively melt down at the hands of the greater power of story line. In two of the three non-Liverpool cases, the matches were fascinating yet ultimately meaningless. Arsène Wenger, in his brand-new puffy coat, was forced to watch helplessly as a depleted Arsenal backline proved unable to hold a 3-0 lead in a 3-3 draw against Anderlecht. Meanwhile, Chelsea went down a goal to Slovenian minnows Maribor and missed a penalty late in a match that ended 1-1. José Mourinho’s side, as it occasionally does, seemed to forget to create chances for vast swaths of time, while Wenger’s proved incapable of providing any protection to a second-choice center-back pairing.

While both matches proved great fun for the neutral (well, the Chelsea match was actually quite boring, but the idea of the match was great fun for the neutral), both squads will advance into the knockout stages of this tournament and will be back next season. Arsenal gonna Arsenal, Mourinho gonna Mourinho, etc. Nothing learned or lost. Looking only at London, it’s easy to resist the broader narrative: English football is not dead; it just had a rough week.

More interesting is what happened in Manchester, where City managed to collect two red cards during a 2-1 home loss to CSKA Moscow. The English champions now sit fourth in their group, with Bayern Munich having already clinched advancement and AS Roma having already played the German champions twice. In order to make the knockout stages, City will likely have to get a point against Bayern at the Etihad playing without Fernandinho or Touré. This is bad news.

Despite drawing into arguably the Champions League’s most challenging group, Bayern Munich has looked impeccable in European play. In fact, the German champions have only conceded once, in their 7-1 win over AS Roma. (This week they took mercy on the Italian runner-up, winning by a more reasonable 2-0 margin.) Even if an opponent can somehow withstand Munich’s attack and then manage to penetrate their Voltron-esque back line, Manuel Neuer does stuff like this:

However, there are two bad pieces of news for what may well be the best team in the world.

1. All-everything midfielder/full-back/genius David Alaba suffered an MCL injury that will keep him out until at least January. No team in the world is more capable of covering for Alaba’s absence. (I mean, Philipp Lahm and Alaba are like-for-like replacements for each other at, like, six positions on the field. That’s basically cheating.) But absent Alaba’s versatility, Bayern may take a step back from the recent free-form heights they had been enjoying. 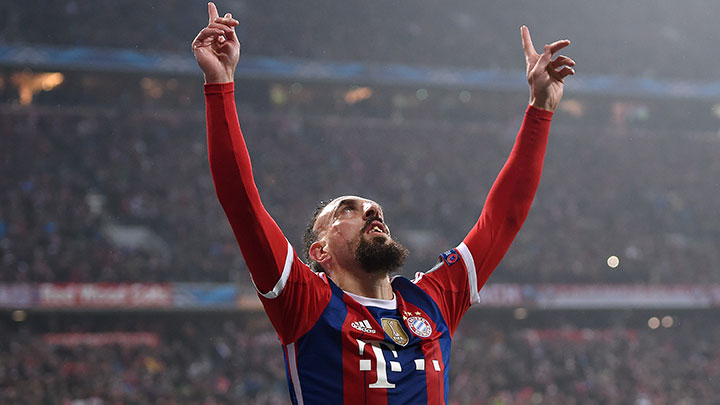 Sometimes it’s hard to shave a beard after a vacation, Franck. But you have to. You have to.