Breakdown of the Wild-Card Bubble 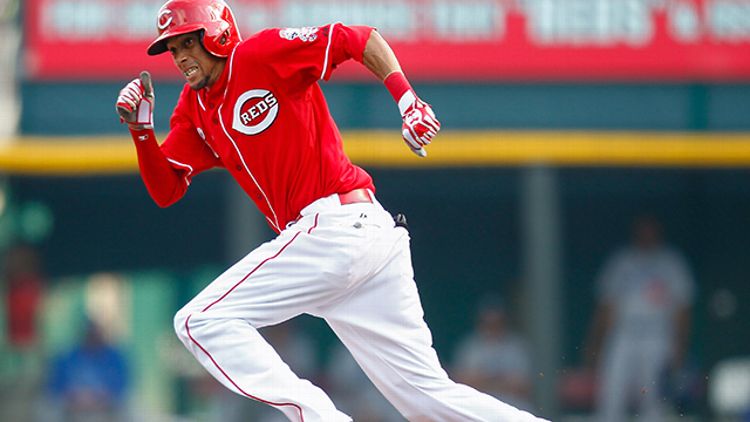 With five days to go in the regular season, three teams are vying for two playoff spots in one league, while three more jockey for position in the other. With help from our friends at ESPN Stats & Information, here’s what we’re watching for four of those teams. (Don’t fret, Pirates and Rays fans, we’ll have plenty to say about your teams soon.)

Games ahead in NL Central race: 2

What’s happening: One of the biggest and most successful youth movements by any playoff team in the expansion era.

Michael Wacha became the third pitcher this season to lose a no-hitter in the ninth inning. It was a heartbreaking play, with Ryan Zimmerman rapping a chopper to short with two outs in the ninth, an off-line throw allowing him to sneak in with an infield single.

It was also the 51st start by a Cardinals rookie. Shelby Miller has led the way among St. Louis rookie starters, posting a 3.12 ERA, with a three-to-one strikeout-to-walk rate and a strikeout an inning over 30 starts. Wacha’s near-no-no dropped his ERA to 2.78, with a 2.92 FIP over nine starts. Tyler Lyons (eight starts), John Gast (three starts), and Carlos Martinez (one start) have also repped St. Louis first-years. That puts the Cards in rare company.

Cardinals rookies figure to play a big role in the playoffs too. Miller figures to grab one of the team’s four playoff rotation slots. Wacha might seem a long shot to sneak into that top four. But if the Cards focus more on everything Lance Lynn did before his last three starts, Wacha might look like a better option — especially with Lynn having relief experience in the big leagues. Even if Miller and Wacha crack the postseason rotation, they’ll fall short of some of the youngest staffs in playoff history. There’s last year’s preposterously young Oakland rotation, the one that set the record for most starts by rookie pitchers. The standard-bearer for successful young staffs, though, might be the 2003 Marlins. That season, the Fish trotted out three starters 25 years old or younger: Brad Penny (25), Josh Beckett (23), and Dontrelle Willis (21). That kiddie corps led the Marlins to their second World Series title in seven seasons.

J.J. Cooper’s excellent Baseball America piece on the Reds’ mega-speedster pegged his time to second base as 2.98 seconds on the low end. For some perspective: Rickey Henderson in his prime ran 3.04-3.10 seconds to second base. A really fast pitcher gets to the plate in 1.2 seconds. A really good catcher’s pop time (the time it takes him to pop out of his crouch and peg a throw to second) is about 1.8 seconds. So even if everything is done perfectly and the throw’s right on target … teams are still unlikely to get Hamilton out.

Hamilton has already made a big contribution, stealing an incredible 13 bases in just 11 games. Many of those steals have come in pinch-running situations, with Hamilton racking up just 16 plate appearances to date. So how should the Reds use him? There’s a strong case to be made that he should be the team’s starting center fielder in the playoffs. Shin-Soo Choo ranks as the worst defensive center fielder in the majors by advanced metrics, costing his team about 18 runs per Baseball Info Solutions’ Defensive Runs Saved stat. Moving Hamilton to center and Choo to left would thus offer a big upgrade for the team’s outfield defense; that upgrade, combined with Hamilton’s speed, could be enough to offset his lack of power and even questions about his on-base ability. Given that the alternative is to keep starting Ryan Ludwick (.258/.308/.350 in an injury-plagued season, with poor defense and lousy baserunning), it might seem worth the risk.

The ace in the hole here is the potential to use Hamilton in the highest-leverage situations, the way a team not managed by Dusty Baker might use its bullpen. Hamilton has already appeared in multiple close games, helping to swing the outcome with his speed by coming in as a pinch runner and flying his way around the bases. Assuming Hamilton makes the playoff roster (how can he not?), the Reds could wield a late-inning weapon off the bench that no other team could come close to matching.

Games ahead in race for second AL wild-card spot: 1

What’s happening: A bullpen implosion. This isn’t a Rangers situation, where a team has a loaded bullpen but could produce better results if it made better use of its closer. Maybe you fault Terry Francona a bit for excessive loyalty to Chris Perez. But with the previously lights-out Vinnie Pestano struggling through a bad season, and few other impact arms in the pen, Cleveland simply doesn’t have many (any?) great options in the ninth.

The good news for the Tribe is they’ve gotten away with it so far. On Tuesday night, Perez served up ninth-inning homers to Dayan Viciedo and Alejandro De Aza, turning a one-run Indians lead into a one-run deficit. Luckily for Cleveland, the Giambino saved the day, launching a two-run walk-off homer to bail out Perez. Still, with a bullpen that ranks 24th in FIP, the Indians’ relief woes could come back to haunt them. If the terrible Astros, White Sox, and Twins can’t exploit the situation as they try to play wild-card spoiler, a stronger playoff opponent very well might.

In fact, that’s a pretty strong bet. The Indians’ dramatic win over the Pale Hose raised their record to 16-2 against Chicago this year, and an incredible 51-18 against teams with sub-.500 records. Against better-than-.500 teams, they’re a miserable 36-52.

What’s happening: The most obvious problem is the team’s drain in offensive talent. Losing Josh Hamilton’s huge numbers, Mike Napoli’s power, and the Michael Young of 2011 will hurt even the most loaded lineups. You could argue that the Rangers should have been aggressive about replenishing that lost talent. But player acquisition has multiple variables involved — you can’t just snap your fingers and make great players join your team at whatever price you want.

Bullpen management, though? That you can control. And Ron Washington is terrible at it.

Facing the Royals in a scoreless tie in the 10th inning Sunday, Washington summoned Joakim Soria. Out of context, that wasn’t a terrible decision. Soria was one of the best closers in baseball for most of his career in Kansas City, before eventually going in for Tommy John surgery. He made his Rangers debut on July 7 of this year, and had pitched reasonably well in Texas: 20⅓ innings pitched, 23 strikeouts, 11 walks, one home run allowed, opponents’ line of .208/.321/.264. So when Justin Maxwell hit a grand slam off Soria to win the game for the Royals, in a vacuum, it might not have looked that bad.

Except here’s the thing: The Rangers have one of the top five relievers in the game. And with one of the biggest games of the season — and by extension, a potential playoff spot — on the line, Joe Nathan never got into the game. As Newberg Report contributor Scott Lucas tweeted after the game, the Rangers have used Nathan 18 times on the road when they’ve led by four or more runs. In tie games on the road during Nathan’s Rangers career, he’s appeared exactly … zero times.

Every manager to some extent is guilty of saving the closer for a save situation, doubly so on the road. But to use your closer in a tie game on the road zero times in two seasons? That’s next level.

Washington may have excellent intangible attributes as a manager. Still, from the Rangers’ two AL pennant runs to the daily slog of a long season, the team’s skipper is pathologically conventional with his closer usage. Texas’s deep bullpen has bailed the team out most of the time. And there’s no guarantee that the Rangers would’ve won Sunday’s game even if Nathan pitched and struck out the side. (There’s also no guarantee they would’ve won two days earlier, when Washington opted for Neftali Feliz — in his first high-leverage situation since coming off the disabled list — over Nathan with the bases loaded in a tie game in the eighth inning. You can sense a pattern here.) But if Texas misses the playoffs by one game, you can look back at that loss, and the broader trend of managing Nathan with little regard for leverage, as one of the preventable reasons for that shortfall.