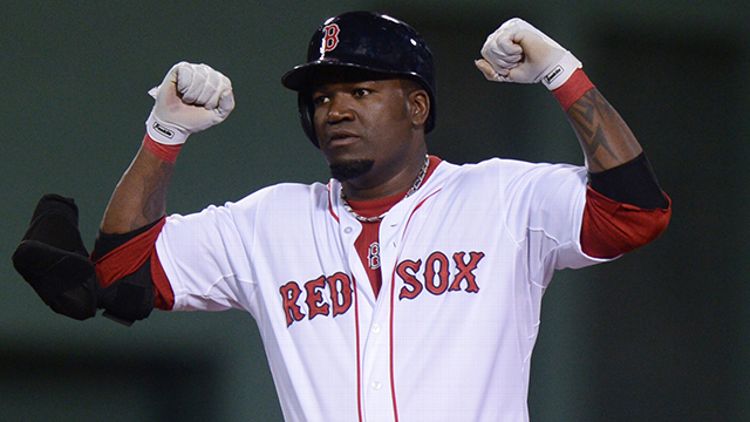 Yu Darvish has been nearly unhittable in his second big league season. Though known more for his mastery of multiple pitches and eerily consistent delivery, the Rangers right-hander can also beat you with pure heat, with a fastball that averages 93.1 mph and ranks among the game’s fastest. The pitch’s results have been merely good this year, but that fastball can still be extremely tough to hit, especially given all the other pitches he might throw in any count.

Matt Moore has what you might call easy heat. Though his fastball velocity is down about 2 miles per hour and not as effective this year as it was in 2012, it’s still one of the fastest in the game, averaging 92.5 mph. It’s the way he throws it that can be so deceiving. Emanating from a delivery that seems to require less effort than anyone else’s, Moore looks like he’s about to soft-toss the ball to a 7-year-old in the park … right until the moment when he releases it, and suddenly it’s by you. Moore’s curveball and changeup have been the secrets to his success this season — but that fastball can still induce whiffs, especially when elevated.

David Ortiz thinks all of that is adorable.

Thirty-seven-year-old DHs have no business taking one of the 10 best pitchers on the planet into the right-field bleachers on a 95 mph fastball. No way should they have the bat speed to get a 93 mph heater up around the rib cage and smash it into the stratosphere as if it’s batting practice. This year, Ortiz has done all of that with ease, posting some of the best numbers of his career and thrusting the Red Sox into the middle of a competitive AL East race.

After a 1-for-4 performance Tuesday night in which he broke up Jose Quintana’s no-hitter bid in the seventh inning, Ortiz is hitting .349/.397/.632 this season. Counting the end of last season, he ran up a 27-game hitting streak before seeing it snapped a couple weeks ago. Ortiz’s 170 OPS+ mark, the sum of on-base percentage and slugging average adjusted for ballpark and league effects, ranks among the highest of his career (he’s just short of career highs using more advanced adjusted metrics such as wRC+).

We asked our friends at ESPN Stats & Info to put Ortiz’s season into context. Just how rare is it for a player of Ortiz’s age (and position) to keep doing what he’s doing?

Prefer more traditional Triple Crown stats? Here are the last few players to have averaged a .290 batting average, 34 home runs, and 100 RBIs over a 10-season span, being 36-plus years old at the end of the 10-season span:

So we know about the what. What about the how? For the answer, let’s turn the clock back 11 years.

In 2002, Ortiz hit .272/.339/.500 with 20 homers in 125 games, producing an OPS 20 percent above league average. But even at age 26, Ortiz was already an injury-prone plodder with no value other than his ability to hit right-handers; he couldn’t run, field, or hit lefties at all. The Twins saw his value as so limited that they didn’t even tender him an arbitration offer that offseason. The Red Sox, under new management with Theo Epstein at the helm, quickly nabbed Ortiz — along with Bill Mueller and Kevin Millar — hoping to load up on players with good on-base skills. They obviously got a lot more than that. Ortiz’s numbers ramped up every year from 2001 through 2007, peaking with a .332/.445/.621 season in which he crushed righties, lefties, hypothetical Greg Harrises, you name it. Things suddenly turned south from there. From 2008 through 2010, Ortiz hit a horrific .218/.291/.383 against left-handers. He bottomed out in 2009, his struggles vs. lefties combining with his weakest power numbers in years to produce a pedestrian line of .238/.332/.462. According to FanGraphs, Ortiz produced 0.0 WAR in ’09. His complete lack of defensive, positional, or baserunning ability, combined with his drastically diminished bat, made him a replacement-level player. Right on the nose.

In 2011, everything turned … again. Jeremy Lundblad wrote about what happened next: In his age-35 season, Ortiz suddenly struck out less often than he ever had, and again started raking against lefties. He hit .309/.398/.554 that year, his best showing since that ’07 bonanza. Ortiz then followed with a blazing .318/.415/.611 in 2012, a performance that didn’t get much notice because he missed nearly half the season while the Red Sox lost 93 games and their collective sanity.

Though the broader numbers already showed an unlikely late-career renaissance, a deeper dive reveals an even more surprising trend. Ortiz hasn’t merely resumed hitting like he did six or seven years ago. He’s turning on fastballs with all the strength and lightning-quick reflexes of a much younger man. Observe:

Ortiz’s rejuvenation prompted Boston Globe columnist Dan Shaughnessy to sorta kinda imply that the lefty slugger might be taking performance-enhancing drugs. It was a weak accusation for multiple reasons, not the least of which was its stated rationale: “It is not natural for a guy to hit .426 out of the gate without the benefit of any spring training.” Odd that someone would use 14 games of luck-influenced batting average as proof of wrongdoing, rather than pointing to the past two-plus years of across-the-board improvement, including Ortiz’s turnaround against big-time heaters.

At any rate, we don’t do finger-pointing and jumping to conclusions round these parts. Four years ago, the New York Times did report that Ortiz and Manny Ramirez had appeared on a list of about 100 players who tested positive for PEDs in 2003. But leaving aside multiple complicating factors with that report (the number of players on the list might’ve exceeded the actual number of positive tests; the potential for over-the-counter supplements to produce positive results at a time when baseball’s PED testing wasn’t as sophisticated as it is now), possible past guilt shouldn’t mean assumption of further guilt in the future. The Occam’s razor explanation for Ortiz’s mid-career dip is that 2009 (and to a lesser extent, 2008) was the outlier. Ortiz has been a very good to spectacular hitter every year of his career except ’09, and players’ careers rarely play out like perfect bell curves. One sizable down year shouldn’t necessarily make us freak out about everything that follows.

Moreover, elite players are, by their very nature, freakishly good for a freakishly long time. Edgar Martinez, the game’s best DH before Ortiz came along, hit .337/.447/.554 in his age-36 season and .324/.423/.579 in his age-37 season, remaining a terrific hitter through his 40th birthday, making the All-Star team at that age in his penultimate season. Adjusted for era, Ortiz’s numbers at 36 and 37 have actually been a fair bit better. Then again, his current age-37 campaign is just 27 games old. There are multiple reasons to believe his .345 batting average on balls in play is driving a good chunk of his current production, and that said batted-ball luck is due to regress, given Ortiz is actually hitting fewer line drives than in the past couple seasons, his 0 percent popup rate, and other little statistical oddities propping up his results. Ortiz’s batting average has already dropped 77 points since he found himself having to deny a columnist’s accusations. Maybe his numbers will look even less nefarious if they drop from, “Gosh, those were 14 crazy games!” to merely very good.

Muckraking aside, Ortiz’s continued ability to mash has energized a Red Sox team that has staged a massive turnaround, at least so far. There’ve been many other reasons for Boston’s success, from Clay Buchholz pitching like an ace to better results from Jon Lester and John Lackey to much improved health for Jacoby Ellsbury, Dustin Pedroia, and others to a sharp drop in bullpen disasters to a more congenial clubhouse (if you believe such things make a significant difference on the field) to, hell, maybe even more thoughtful batting orders.

But when the guy who carried the team six years ago is outproducing Ryan Braun, Bryce Harper, and even Justin Upton and his harem of home runs, he’s the one who’s going to draw the most attention. In many ways, this is still Big Papi’s team. The good times have just lasted longer than most of us expected.