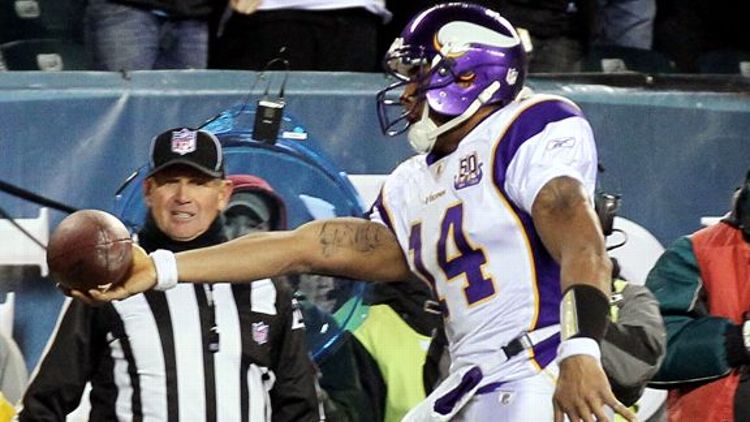 Oh man, this is like … work. This isn’t supposed to be work! Let me explain:

Since we posted the BQBL playoff rules and requested people send in questions, people, like, sent in questions. Questions that need answers, answers that affect people’s leagues and leagues that affect people’s money. If there is one thing that I have learned from reality TV, it is not to mess with people’s money. This all means that for this edition of BQBL Reader Feedback, I have to think and stuff.

So without further ado, the BQBL Reader Feedback: now with actual answers and fewer hacky jokes.

Jacobes/whichever intern is reading these —

What is the penalty for not starting your Packers/Pats of the world the required amount of times? I may or may not have played the Packers just once.

Jacoby: Perfect. We’re starting with a question that I don’t have an answer to. OK, after a 20-second conversation with disinterested colleagues, we have come to a “consensus.” If you have not played your team the required amount of times during the regular season and you made the playoffs, you are automatically the no. 4 seed and pick last in the playoff supplemental draft. Full disclosure: It is entirely possible that we forget to keep track of team usage in the Grantland BQBL League. Smart money says we failed there.

For tie records, is head-to-head record considered before total points?

Jacoby: Oh, yeah. Tiebreakers. Should have figured that out and posted it, huh? Matt’s plan is the best idea I’ve heard, so let’s roll with that. Thanks Matt, you officially now “contribute” to Grantland. Feel free to put me as a reference on your résumé.

I’m sure I’m not the first person to mention this, but you said the playoffs start Week 16 and Week 17. Does that mean that Week 15 is the final week of the regular season (for BQBL purposes)? Because in my “normal” fantasy league the playoffs start this week.

I only ask because I have some VERY clueless owners in my BQBL.

Thanks for all your hard work on this this year. It was by far the most enjoyable fantasy league I’ve EVER been a part of.

Any chance I can get a bag of snacks from the GRANTLAND CABINET for my league champion?

Jacoby: OK, this is a dumb question.

There are four teams in the playoffs. In a single elimination tournament, four teams play down to one in two rounds. That is why there are two weeks of playoffs.

Also, here’s my story about Seth:

This was such a dumb question, I decided to give Seth a call to discuss it with him. (If you leave your cell phone number on your signature in the e-mail, there’s a chance I’m going to call you.) Seth answered on the fifth ring and didn’t seem the least bit surprised that I was calling him about the BQBL. His defense was that his “normal” fantasy league started on Week 15. I got bored talking about this issue, and started asking Seth about his life. Seth is a 32-year-old actor in New York. He has never played a dead body on Law & Order. Anyone that knows an actor in New York knows someone who has been on Law & Order. It is nearly impossible to be an actor in New York and NOT be on Law & Order. The guy was a hoot to talk to on the phone, but between his dumb BQBL question and the fact that he has never been on Law & Order, I am concerned about his ability to live amongst us in society.

If I am ever found stabbed to death, someone please track this guy down.

Regardless of what the subject line says, you don’t suck. I just wanted to voice my opinion in regards to the new playoff structure. Why is it necessary to draft the teams that didn’t make the playoffs? Wouldn’t that allow those squeaking in an advantage they don’t deserve? I love the format but for my league, we may stick to the teams that brought us here.

Jacoby: I like this Kevin guy, he’s kind of punk rock. He asked me a question and then basically said, “I don’t care what you answer. I’m doing my own thing anyway.” Go ahead, Kevin. Rage against the BQBL machine. Anarchy!

Is Red Sox GM Ben Cherington Off to a Shaky Start?