Is Red Sox GM Ben Cherington Off to a Shaky Start? 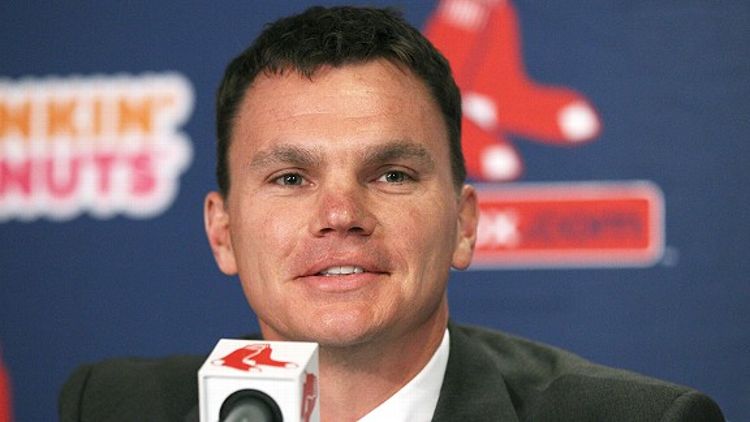 You don’t get a second chance to make a first impression, and sometimes, you don’t need to.

At the end of the 2007 season, Terry Ryan retired as the Twins’ GM, and his longtime assistant, Bill Smith, was named his successor. Smith had a solid reputation as a baseball mind, not surprising given that he was part of an organization that won the AL Central in four of the previous six seasons. But no one knew how he would fare now that he had to make the big decisions himself.

Two months after he took over, Smith made his first big move, trading (essentially) Matt Garza and Jason Bartlett to Tampa Bay for Delmon Young and Brendan Harris. Mainstream baseball fans gave the trade mixed reviews, but most sabermetric analysts felt that Smith had overrated the potential impact of Young’s bat, and underestimated the defensive downgrade the Twins would endure. Young was (and is) a poor defensive outfielder, and the difference between Bartlett and Harris at shortstop was massive.

Smith’s next big move was a long-anticipated one; ace Johan Santana was a year away from free agency, and no one expected the Twins to be able to keep him. After a winter of speculation as to whom the Twins would get in return, Smith pulled the trigger in early 2008, trading Santana to the Mets for Carlos Gomez, Philip Humber, Deolis Guerra, and Kevin Mulvey. I was delighted — but then, I’m a Royals fan.

Gomez was just 22 years old and played a fantastic center field, but even in the minors he had never hit particularly well — and he was the best of the four players. Humber and Mulvey were both low-upside pitching prospects, and Guerra was an 18-year-old lottery ticket with a live arm. In return, not only did the Mets get Santana, who had finished in the top five of the AL Cy Young vote each of the previous four years, but the Twins allowed the Mets to work out a six-year contract extension with Santana before the trade went through.

The trade turned out even worse than it looked at the time, but what it told us about Smith was accurate: As a GM, he was in over his head. In the short term, the loss of Santana cost the Twins the division in 2008; Minnesota lost a one-game tiebreaker with the White Sox after both teams finished 88-74. The Garza/Young trade also had playoff implications — for the Rays, who took advantage of Garza’s breakout season and an improved defense to win the AL pennant.

And over the long haul, the Twins allowed their base of talent to erode, while Smith did other dumb things like trading excellent catching prospect Wilson Ramos for Matt Capps, an overrated closer. This season, the bottom fell out. The Twins lost 99 games, Smith was fired and replaced by his predecessor, and the next few years in Minnesota look bleak. I’m not saying that the Garza and (especially) Santana trades guaranteed what came after, but they certainly presaged it.

It’s a much smaller and less damning trade, but I sense a similar vibe with the Red Sox’s trade of shortstop Jed Lowrie and pitching prospect Kyle Weiland to Houston for reliever Mark Melancon. Theo Epstein’s departure from the Red Sox was nothing like Ryan’s retirement in Minnesota, but as with Ryan, Epstein’s replacement came from within — Ben Cherington had been groomed to be a GM for years. But his first noteworthy transaction must have Red Sox fans feeling worried.

Melancon is a nice little reliever who in his first full year in the majors had a 2.78 ERA and amassed 20 saves for the Astros, but a year ago you couldn’t have acquired Jed Lowrie for five Mark Melancons. A switch-hitting shortstop with a career .252/.324/.408 line? Yeah, I’ll take two. He’s got more service time than Melancon, but three years of a starting shortstop is worth a lot more than five years of a reliever. Throwing in Wieland, who has some back-end rotation possibilities for an NL team, is just salt in the wound.

Making the trade worse is that, despite acquiring Melancon to take Jonathan Papelbon’s place on the roster, the Red Sox front office has made it clear that they don’t see Melancon as the solution for the closer role. The obvious move would be to give Melancon the eighth-inning spot and move Daniel Bard, who was so effective in that role the past two seasons, to the ninth inning. But the Sox have already announced that they will enter spring training with the intention of moving Bard into the rotation.

It’s hard to convey just how absurd this idea is. Bard started his professional career as a starting pitcher and it nearly destroyed him. In 2007, Bard’s first pro season, he made 22 starts in the low minor leagues. In 75 innings, he walked 78 batters and threw 27 wild pitches. Before the whispers of “Steve Blass Disease” reached a crescendo, the Sox moved him to the bullpen, where he’s been effective ever since. And now they want to send him back into the dragon’s lair? Converting Bard into a starter would pay big dividends — if it works — but the odds of that are long. Meanwhile, it leaves the Red Sox without a closer, which is why they reportedly were asking the Royals about Joakim Soria last week.

Of course, it’s too early to make any definitive judgments about Cherington, but the early signs are distressing. I don’t think he’s a dolt or incompetent, but unlike Theo, Cherington doesn’t have the leverage to stand up to the inmates (i.e., Larry Lucchino) trying to run the asylum. Overpaying for relief help isn’t the hallmark of an incompetent GM, it’s the hallmark of a desperate owner, and more and more it looks like baseball decisions in Boston are being influenced by ownership.

Meanwhile, the Tampa Bay Rays just signed Matt Moore, the best pitching prospect in baseball, to a contract that keeps him under club control for eight years. The AL East shows no signs of abdicating its position as the toughest division in baseball, and it’s an unavoidable consequence that at least one and sometimes two teams in the AL East will get screwed out of a wild-card playoff spot every year. Increasingly, I’m beginning to think that 2011 is going to be more the rule than the exception, and the Red Sox are going to keep getting the shaft.

Previously by Rany Jazayerli:
Can the Texas Rangers Bounce Back and Win the World Series? History Says No.
Cardinals Win the Battle of Managers, Game 1