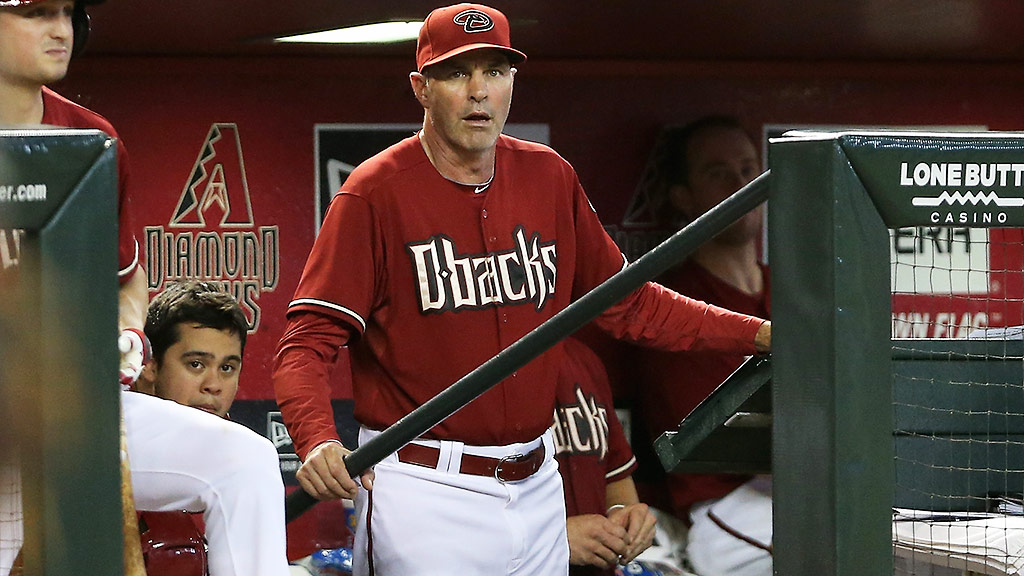 I feel bad for Diamondbacks fans. There are bad teams, and hopeless teams, and teams that do morally reprehensible things, and for each, there are fans who think that flying the flag means unquestioning loyalty. They back up whatever logically or morally indefensible thing the team does, because they think that a criticism of the team is also a criticism of its fans.

I can’t imagine what it’s like to be such a person and root for the Diamondbacks. It’s got to be a Disneyland of cognitive dissonance. But any obstacle can be overcome with enough practice, and the Diamondbacks have certainly given their fans plenty of that.

There was the time owner Ken Kendrick went on talk radio in 2012 and took a big ol’ dump on two of his best players. Justin Upton got a public earful for failing to follow up an MVP-quality 2011 campaign, while Stephen Drew got reamed for taking too long, in Kendrick’s mind, to come back from one of the most gruesome injuries in team history. (Because when you essentially have your foot torn off at the ankle, the real authority on when you ought to return is a 69-year-old computer software impresario.) Drew and Upton were both duly traded, as were Chris Young and Trevor Bauer, and the Diamondbacks recast themselves as a team that sought out grit over talent. Of course, when baseball people talk about grit and intangibles, they often mean something else. But I’m not in Kendrick’s head, or GM Kevin Towers’s head, or manager Kirk Gibson’s head, so I won’t assume that if they ran the Carolina Panthers, they’d move Cam Newton to wide receiver.

Regardless, trusting that playing the game “the right way” will win out in the long run over playing it well is a hilarious way to run a team, especially one that’s currently 49-63. In baseball, God doesn’t vindicate the righteous — the talented vindicate themselves.

But the Diamondbacks don’t play the game “the right way,” not even close. And they offered another painful reminder of that this weekend, retaliating for an accidental hit-by-pitch by beaming Andrew McCutchen squarely in the back.

It’s annoying when the Diamondbacks complain about who jumps in their pool or bad-mouth a player who’s on the way out, under the cover of anonymity. They’re going to lose a lot, which matters to me not at all, because I’m one of the fortunate folks whose happiness isn’t based on the Diamondbacks’ success. I can even live with Gibson and Miguel Montero taking the “we’re not happy until you’re not happy” approach after losses, because if the Diamondbacks aren’t going to have fun when they lose, the Dodgers or whoever else aren’t allowed to have fun when they win.

Where they cross the line is by throwing at hitters. Let’s call it what it is: an institutional policy, set in place by Towers and enforced by Gibson, of responding to hurt feelings with violence. In spring training games, blowout losses, and late and close situations, Arizona’s pitchers have intentionally hit opposing teams’ star players. Other teams hit batters on purpose, but nobody does it as often or as routinely as the Diamondbacks do. They’ll do it to retaliate for accidental hits-by-pitches, they’ll do it out of spite, and they’ll do it because they’re losing.

On Friday, Pittsburgh reliever Ernesto Frieri threw a pitch that got away from him and broke Paul Goldschmidt’s hand. We’re all smart enough to know what a beanball looks like, and that wasn’t it. Hitting a moving fist with a baseball requires better command than Frieri, with his 7.34 ERA, currently possesses. And that’s to say nothing of why Frieri would hit a player with whom he has no history while trying to close out a five-run lead.

But that didn’t stop Arizona’s Dave McKay, who, for clarity’s sake, is a first base coach and not a player or a preschooler, from running out of the dugout to try to start something with Pirates catcher Russell Martin after the game. And it didn’t stop reliever Randall Delgado from hitting McCutchen on Saturday night.

McCutchen speculated after the game that Delgado had set him up with a slider so that he’d check his swing on the beanball and perhaps take the pitch off his own hand. I don’t know if I buy that, but McCutchen had the right to be incoherently angry.

Even if Frieri had hit Goldschmidt on purpose, what would taking McCutchen out of the lineup have accomplished? Would it have overturned the Pirates’ four-run lead, the latest embarrassing Arizona defeat in a season full of embarrassing Arizona defeats? Would it have brought Goldschmidt back from the DL? I’m not a mathematician or a doctor, but I don’t think that’s how things work.

But that must be how things work in Gibson’s brain, because he routinely orders his pitchers to inflict injury on their opponents. I don’t know why he does it, but I do know how he’s empowered to keep doing it. And I’m not just going to blame the owner who lacks the impulse control God gave a rabid possum, or the GM with a 1940s view of roster construction and an 1840s view of masculinity and social conduct.

If Gibson continues to order his pitchers to hit the likes of McCutchen, baseball is going to lose a superstar to serious injury because the manager of a fourth-place team is the guy who tries to start a fight with a stranger and then tells his friends to hold him back.

During spring training, after Arizona starter Wade Miley purposely hit Troy Tulowitzki, Jack Moore wrote this: “For MLB to take no action on this is shameful, and they will regret it once concerns of serious injury, like the Rockies had with Tulowitzki on Friday, are fully realized. As long as Towers is allowed to preach violence and retaliation, as long as violence and retaliation are requirements of wearing the Diamondbacks uniform, it is only a matter of time.”

Towers and Gibson order batters to be hit because MLB, through its inaction, empowers them to do so. You stand for what you tolerate, and while the commissioner’s office would have to be a little nuts to suspend Gibson for, say, the rest of the season, the game would be better off if it did.

Last August, Gibson had harsh words for Ryan Braun, who was then about to be suspended for PED use. Gibson, never one to miss an opportunity to pander to his base, said he’d confront Braun to his face. Which, of course, he didn’t. Gibson took that personal, testosterone-charged anger to the press, and then, in June of this year, congratulated Evan Marshall for hitting Braun to load the bases with a one-run lead. The next batter, Jonathan Lucroy, hit a grand slam to provide Milwaukee’s eventual winning margin.

As done as I am with the Diamondbacks’ bullshit, and as much of an affliction as Gibson is to baseball, Lucroy’s grand slam makes me think I might have been wrong about one thing.

Maybe God does vindicate the righteous after all.