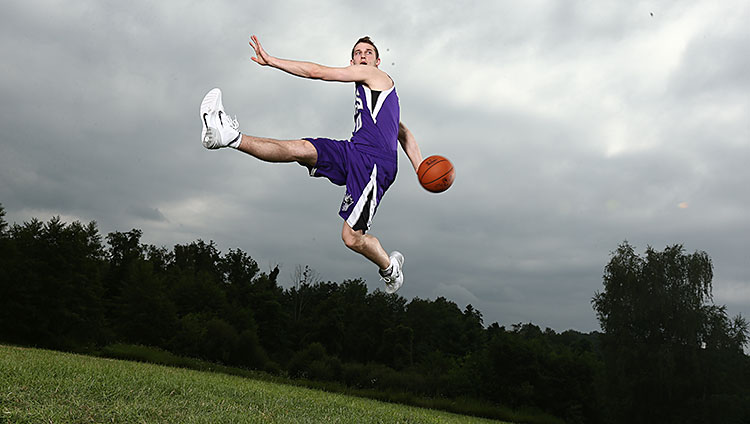 Ah, the rookie. An athlete’s brand — that special kind of self-commodifying awareness — exists in rookies as barely more than a fetal word cloud. And that lack of aesthetic rigor means rooks are open to trying things that could possibly make them look silly.

Even a wizened-before-his-time rook like Andrew Wiggins, touted since high school, with experience at a major D-I school, and already exposed to the league’s unvarnished horse-trading side, doesn’t yet know how to parry questions about his future with the pro’s aphorism “It’s a business.”

Instead, young Ender Wiggins responded to queries about why he and LeBron haven’t spoken yet with the fantastically awkward “I’m sure he’s busy,” as if Wiggins were a rank nobody who won a raffle and not the no. 1 pick in the draft.

On Sunday, NBA youngsters took to New York City for the 2014 rookie photo shoot to pose for basketball card photos, sign swag, and generally create monetizable content so that people in the sports memorabilia industry can remain gainfully employed. The result was a garden of images and an improvised dunk contest over-bursting with floral abundance. 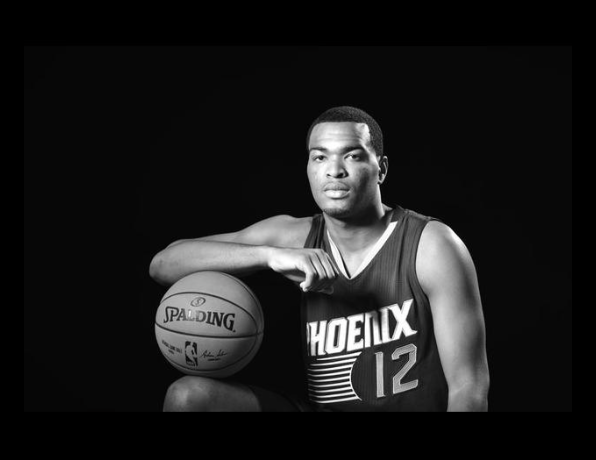 Here, T.J Warren is presenting us with the very natural pose of resting one’s elbow on a basketball that is, itself, resting on one’s raised knee. The leg is standing on perhaps a park bench or an oil drum or the hood of a Kia or J.J. Barea. Meanwhile, the black-and-white photography adds a gravitas to the proceedings that brings to mind a “The More You Know” PSA. 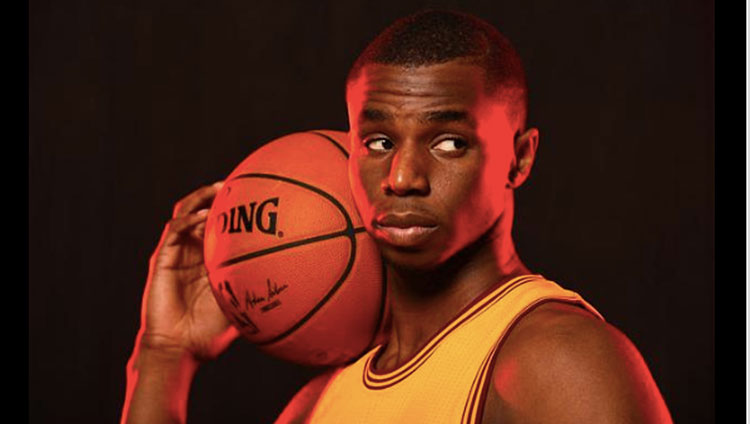 Andrew is trying to convey the uncertainty he feels by making the face of a player who knows he’s on the trading block and just caught a glimpse, from across the room, of his agent talking animatedly on his cell phone. 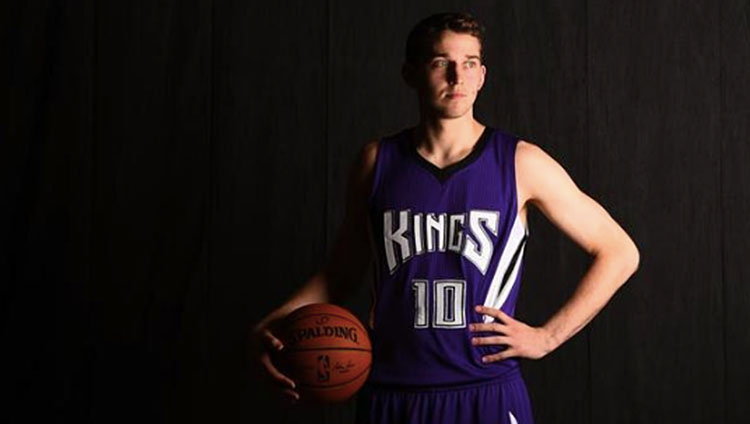 This is like a photo in People, from a story that would be titled “Breakaway,” about the lone survivor of a tragic Minnesota school bus accident that claimed the lives of everyone else on his high school basketball team.

After the photos, the day devolved into an ad hoc dunk/trick shot competition. Again, one day, these rookies will understand why they shouldn’t give stuff away for free. Anyway, the photo shoot was hosted by Panini America, which, much to my surprise, is not a grilled sandwich company, but the “the world leader in officially licensed collectibles & the leading multi-national publisher of trading cards, stickers, comics & children’s magazines.” The more you know. All these Vines come from Panini America.

Zach LaVine’s introduction to the NBA scene was his reaction to being selected by the Minnesota Timberwolves with the no. 13 pick by hanging his head and mouthing the word “fuck,” as if Maury had just told him that he was indeed the father. A few months removed from draft night, things are looking up.

Kyle Anderson Gives You an ‘H’

There’s something wonderful about contrasting LaVine’s gazelle-like bounce with Kyle Anderson’s earthbound amble. Here, Kyle brings you languidly into the essence of his nickname, “Slow Mo,” by executing the first horse shot everyone does when they can’t think of anything else.

Mitch McGary Sees His Basketball Card for the First Time

This is honestly now my favorite dunk of all time, in-game or not, for its furious blend of semi-idiotic oaf grace and savant instinct. Let’s acknowledge that the initial lob is almost perfectly thrown. That is basically 99 percent of the battle. McGary then rolls head over shoulders with the enthusiasm of someone doing a roadside sobriety test, comes back to his feet, measures his steps, takes four loping strides, catches the ball in rhythm, then cradles and, with a shocking amount of grace, dunks the ball through the basket.

This dunk is better than 80 percent of the dunks in last season’s dunk contest.

Andrew Wiggins Does a Difficult Dunk That Doesn’t Look Cool

Wiggins commits a classic dunk contest gaffe here by choosing a dunk with a high degree of difficulty that doesn’t translate to visceral excitement. This is how you lose a dunk contest by doing the hardest dunks. Gotta make it relatable. This dunk is like auditioning for American Idol with a Mr. Bungle song.

Joel Embiid has spent the summer recuperating from foot surgery, hollering at Rihanna and Kim Kardashian on Twitter, and working on a dead-eye accurate 20-foot skyhook while wearing a walking boot.