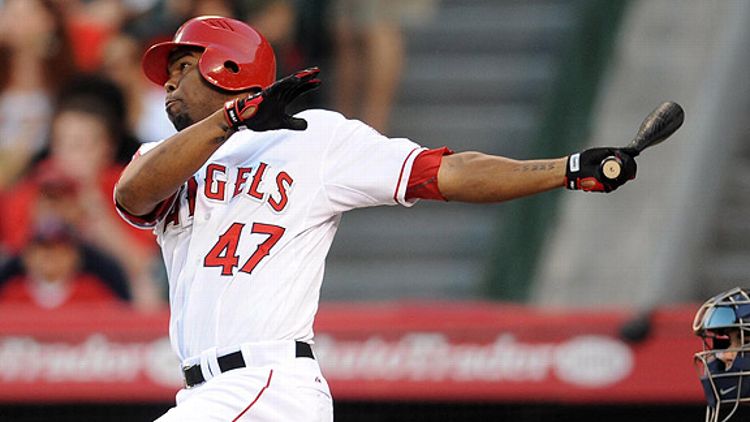 They signed one of the best hitters in baseball history in a stunning move no one saw coming. They doubled down by inking arguably the best pitcher on the free-agent market. They ditched one of the worst-hitting players of the past 50 years. But the Angels may have just pulled off their shrewdest move yet — keeping a player they already had.

Over the weekend, the Halos agreed to terms with Howie Kendrick on a four-year, $33.5 million contract. The deal buys out Kendrick’s final year of arbitration eligibility, plus three years of free agency. Even by conservative standards, it’s likely to be a steal.

Baseball researcher Tom Tango uses a quick-and-dirty calculation to evaluate contracts. First, you figure out the going rate for talent: Based on the deals we’ve seen this offseason and in the recent past, teams are paying roughly $5 million per Win Above Replacement. Assume 5 percent salary inflation every year. Then figure some attrition every year, as age and attrition kick in.

Using those parameters, how good would Kendrick need to be to justify his average annual salary of $8.375 million? Here you go:

There are holes in Kendrick’s game, of course. For one thing, he’s pathologically aggressive, with the seventh-lowest walk rate among all active players with at least 1,000 plate appearances. He has trouble staying healthy, with the past two seasons the only two times he’s ever topped 105 games played. Last season also marked the first time he’s ever topped 10 homers, raising the question of whether the 18 he hit in 2011 constitute a breakout, or a career year.

Also, our little table is meant to be a rough guide. WAR doesn’t consider roster scarcity: One five-win player is much harder to find than five one-win players, so shelling out more than $8 million a year for a player netting about a win-and-a-half per season is less than ideal.

Still, considering that an average major league regular is typically worth about 2 WAR, those are some pretty easily attainable goals for the Angels second baseman. Kendrick averaged 2.2 WAR from 2007 through 2010, and that’s counting his many injuries and middling power. In 2011 he hit .285/.338/.464 and played Gold Glove-caliber defense, enough to produce 5.8 Wins Above Replacement for his team. Though second basemen do have curiously nasty attrition rates, Kendrick is just 28 years old, right in the sweet spot for a sport where players typically peak in their mid-to-late 20s. It’s a near-lock that Kendrick earns out on this deal, and there’s a chance it turns into a colossal bargain.

The Kendrick contract continues an absurdly successful offseason for new general manager Jerry Dipoto. The big blow came when the Angels inked Albert Pujols to a 10-year deal worth $240 million to $268 million (depending on incentives). They backloaded that contract enough to also lock up C.J. Wilson for five years, poaching their chief rival’s ace in the process. Dumping career .194 hitter Jeff Mathis would have been a smart move if all Dipoto got back was a packet of Fun Dip, let alone an actual sentient human being who plays baseball. Trading fringe starter Tyler Chatwood to upgrade at catcher with Chris Iannetta could also help the Halos.

But locking up Kendrick was also a big first step in the Angels’ quest to lock up a bunch of key players before they hit the open market. One of the concerns in signing Pujols and Wilson to monster deals was that many of the Angels’ best players, all around peak age, could be let go owing to budgetary limits. Dipoto said last week that he’d begun early contract talks with Kendrick and shortstop Erick Aybar, both key members of the Angels’ nucleus (Aybar has averaged more than three Wins Above Replacement per year over the past three seasons) and both pending free agents after 2012. The Kendrick signing signals the Angels’ recognition of their situation — Maicer Izturis and Iannetta are also potential free agents after this year, while key starters Dan Haren and Ervin Santana can walk after the 2013 season.

We already knew the team’s pending $3 billion TV deal helped the Angels reel in two of the offseason’s biggest free agents. If it also allows them to keep all the incumbent players they want, while trading surplus (Kendrys Morales? Mark Trumbo?) for another wave of valuable prospects, you’re looking at a team with enough revenue and enough talent to compete every year, at least for the foreseeable future. In other words, Yankees West.