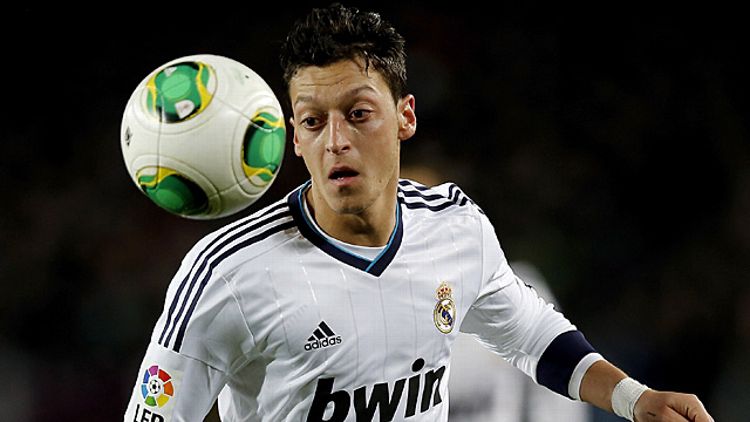 You know the cheap thrills that come with looking at box office returns on a Monday to see if a movie was a blockbuster or a flop? You don’t feel particularly proud of it, of course — after all, what does art have to do with money … wait, why are you laughing? — but you do it just the same. Now imagine those box office reports reflected movies that had been shot, edited, and marketed the day before they were to hit theaters. That would be funny. And that’s European football’s transfer deadline days. Incredibly rich football clubs making enormous decisions at the very last minute, buying and selling football players.

Why do they wait until the last minute? Well, you hear a lot about value, you hear a lot about wanting to see how a team looks for the first few weeks of the season before personnel changes are made, you hear all sorts of stuff. But, after this hysterical transfer deadline day, I’m starting to think, if I may paraphrase Deep Throat in All the President’s Men, maybe these just aren’t very bright guys. Let’s take a look at the players who moved, the teams who got well, and the executives and managers that look a little foolish.

I know that Gareth Bale finally moving from Tottenham to Real Madrid is a big deal; in fact, at a reported €100 million it is the biggest deal. But the most interesting business from yesterday was by far Manchester United’s attempt to rebuild their midfield in a matter of hours. United had been linked to any number of hotshot midfielders over the summer — most notably Cesc Fabregas and Thiago Alcantara. As the deadline-day clock ticked away, rumors emerged that United were making an approach for another La Liga midfielder, Athletic Bilbao’s Ander Herrera. You may remember Herrera from Manchester United’s Europa League loss to Bilbao in 2011. I’m pretty sure United do.

Now, Athletic Bilbao is a unique club. They only field players that are from the Basque region of Spain. Naturally, they are loath to let a Basque player walk for anything less than his buyout clause stipulates. United wanted the player, and Herrera reportedly wanted to join the Red Devils, but Bilbao was holding out for the €36 million fee. United wanted to haggle a bit to see if that could come down. There were also some difficult tax rules to get around, as well as a report that Herrera would have to pay the transfer fee himself and then be reimbursed by United. Sounds complicated, right? Ignoring that this is definitely the kind of deal that should have been done in July, or at least started back then, United needed some help here. And they got it. Sort of.

Reports emerged that United sent emissaries to La Liga’s office in Madrid to help push the transfer through. These men were there on behalf of one of the world’s most famous sports teams, with a check in hand. Except maybe they weren’t emissaries after all, as some in England speculated that these men were actually “impostors.” How awesome is that!? Can you imagine on NBA deadline day, some guys just show up at the NBA league office pretending to be from the Thunder and they are taken seriously?

Well, it turns out the men were not impostors after all. They were lawyers acting on behalf of Herrera, trying to push the deal through. They had previously worked on the deal that took another Bilbao player, Javi Martinez, to Bayern Munich.

Confused? No shit. This is what happens when you try to pull off a multi-million-Euro deal involving a somewhat cloistered Spanish club with its own way of doing things and a complicated player’s contract, all at the very last minute. Add the occasionally hysterical world football press kicking your tires every other mile and you’re going to get “impostors” stories.

United are 1-1-1 in the Premier League. They might not win the title, but they’ll be fine. That being said, this doesn’t look great for the new administration. The attempted purchases of Herrera, and a last-gasp effort to buy Sami Khedira off Real Madrid, felt desperate and unplanned. It was like manager David Moyes only decided on Monday, after a 1-0 loss to Liverpool, to overhaul the United midfield, despite fans and media saying he needed to do just that for most of the summer. Moyes eventually got some midfield help, purchasing Marouane Fellaini off his old club, Everton, but that transfer was a mess too.

United could have had the Belgian midfielder for £23.5 million by activating his buyout clause a few weeks ago. Problem is that clause expired at the end of July. United let it go because Moyes thought he could get Fellaini for cheaper. That’s weird because it’s not like Moyes wouldn’t have some understanding of how Everton valued Fellaini; as Everton manager, he was the one who determined that value in the first place. United wound up paying £27.5 million for Fellaini. Guess how short they were in their valuation of Herrera? Yup, £4 million. That’s right, United could have had both players if they had taken the opportunity to trigger Fellaini’s buyout clause, the one Moyes inserted in his Everton deal, back in July, then spent the £4 million they saved on Herrera. Very cool use of funds.

We’re going to have a lot more on the blockbuster Bale transfer from Tottenham to Real Madrid, and how Spurs pulled off the Christmas-in-July miracle of reinvesting that money before it even got musty in some offshore bank account. Until then, it’s fun to wonder if this deal is going to look more like the famous Herschel Walker–to-Minnesota trade (a.k.a. the Great Train Robbery) that created a Cowboys dynasty, or the James Harden–to-Houston trade that possibly set the the Thunder back years. Did Tottenham deal one very good, very flashy, but very injury-prone attacker for five or six very good, young, up-and-coming prospects? (The fact they got Erik Lamela and Christian Eriksen in the same window is staggering.) Or did they just let the third-best player on the planet walk out of North London, giving up the chance to build a title-contending team for the first time since the 1960s?

Did Arsenal need a really crafty attacking midfielder? No. Not really. They needed defensive cover, a defensive midfielder (though you could argue Mathieu Flamini serves that purpose), a striker to back up Olivier Giroud, and wing cover for their two injured wide players, Lukas Podolski and Alex Oxlade-Chamberlain.

Instead they got one of the most creative and gifted players in all of Europe. Tim Stillman, who writes about Arsenal at Arseblog.com, among other places, suggested that despite the presence of Aaron Ramsey (probably Arsenal’s player of the season so far), Santi Cazorla, Jack Wilshere, and Tomas Rosicky, Real Madrid’s Mesut Ozil is exactly what Arsenal needed.

When you’re talking about a player as good as Ozil, I don’t know how much need really matters. He is one of a dozen players in the world that I think you move heaven and earth to acquire, if you can. Arsenal shattered their transfer fee record, buying Ozil off Real Madrid for £42.5 million. Besides, the arrival of Ozil inspired this hilarious, Spurs-trolling flowchart that I found on the gossip site ONTD:

Everton arguably “won” the transfer window, replacing Fellaini with Gareth Barry and James McCarthy, adding Chelsea’s Romelu Lukaku on loan, and holding on to left back Leighton Baines. … It’s interesting that Chelsea determined Arsenal was now a “rival” and wouldn’t loan them Demba Ba. … Victor Moses to Liverpool allows Brendan Rodgers to move Philippe Coutinho into a traditional no. 10, central playmaker role, and lets him get Iago Aspas off the field, which is probably best for all involved.