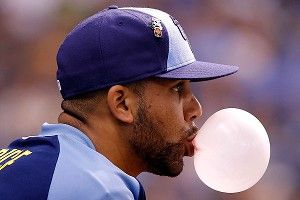 Are you unemployed? Do you have a boss who won’t know if you’re watching TV while you should be working? Are you a home-schooled child with absentee parents? The town drunk who hangs out at a bar with the MLB package? The booking agent for James Dolan’s band, JD and the Straight Shot?

Then Thursday afternoon is for you, amigo. There are a strangely high number of early starts today, and most of them happen to be pretty appealing. Not a bad way to start the weekend.

Here are eight quick things to look out for this afternoon, from very awesome to incredibly awesome. And I’m sorry you can’t read this, home-schooled child with absentee parents. You deserve better.

There are six games starting before 1:15 p.m. EST, and of the 12 teams, 11 have records above .500. That’s statistically high. If you extend the time to 2:30, you start to get into Cubs/Royals/Mariners/Marlins territory. By that time, hopefully you’ll already be in a baseball stupor and immune to the mellow-harshers of the league.

Dude is red-hot. Scorching hot. Pancake hot. Wait, that last thing is less hot, isn’t it? But man, pancakes are a fine food. Felix has allowed one run or less in five of his last six starts, and watched his ERA drop from 3.70 to 2.92 (you could call him the pancake of the AL at this point). He’s facing the Royals today, so he might even get a win. But the latest reports out of Seattle indicate the Mariners will probably play for a 0-0 draw.

It’s insane that a team with a -56 run differential is three games above .500 in the AL East. But they’re now 3-7 in their last 10, and the two-headed Red Sox–Rays monster is just a half-game back. Make no mistake — in a season full of teams who may actually sustain their surprising starts (Pirates, Nats, White Sox), the Orioles are not one of them. After they finish with Minnesota today, the schedule is all bad news: Cleveland, Tampa Bay, Oakland, the Yankees, and Tampa (again) takes them through August 5, and also likely takes them to the bottom of the division.

Almost identical records, and both within a game of the last wild-card spot. Plus, David Price is pitching with a chance to notch a league-leading 13th win. As world’s luckiest man Ivan Nova will tell you, wins are the only stats that matter.

If the season ended today, these two clubs would earn the American League wild cards and face off in one winner-takes-all game for the right to meet the Yankees in the divisional round. The light sense of panic associated with the Angels is now gone, and they’re ensconced comfortably behind Texas in the West, led by Mickey Mantle Trout. Detroit’s situation is more precarious as they try to hold off five teams within a game of the last playoff spot. But one of those teams is Cleveland, so let’s say four.

If I had to bet today, I’d peg the NL Central as the division most likely to have an insane finish. The Reds and Pirates have proved that they belong (and are tied at the top), while the Cardinals have the talent and the numbers to erase the 4.5-game gap. But did you know the Reds have the best bullpen ERA in the game? They’ve got five relievers with at least 34 innings under their belts and a sub-3.00 ERA, and closer Aroldis Chapman has the highest strikeout rate of any pitcher in baseball (min. 10 IP). Their starting pitching is top five, and the offense is so-so, but give these guys a late lead and it’s lights out.

A pretty sweet pitching matchup between two teams in playoff position … surely nothing can top it … although whenever I say that, the no. 1 spot always seems to be a little better. But definitely not today. Bumgarner-Hudson is too good.

OH MY GOD WHO KNEW?! This is the pancake of today’s matchups. Two of the top five pitchers by FIP and WAR, and both are high-strikeout guys. Plus, the Mets are on a six-game slide and just one game away from slipping to .500. The knuckler is on a rescue operation, while the Nats are looking to cement their dominance and finish the sweep. That sound you hear is me salivating. Sorry. Can’t stop. Damn these glands! So responsive to good pitching! And pancakes!