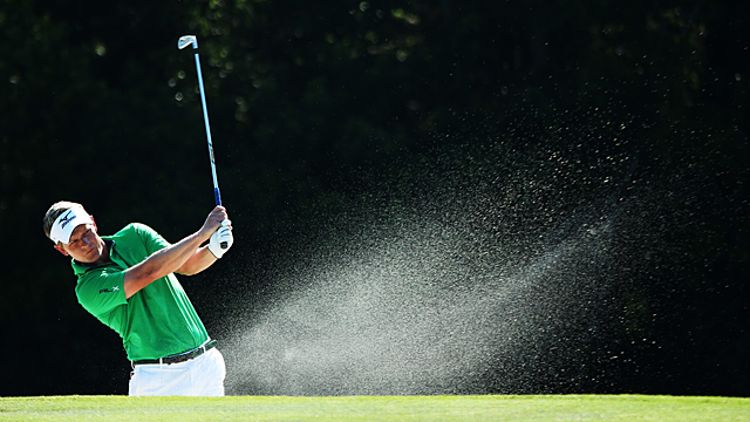 Just another day here in the sportswriting world, with lots of normal stories about normal things. In the endless cycle of scores, predictable narratives, and boilerplate quotes, here’s the latest:

Luke Donald won a cow at a Japanese golf tournament six months ago, and he would not be fucking denied!

The story appeared on ESPN this afternoon, and we will now break it down for you in 25 easy steps.

2. Miyazaki is known for a specific breed of cattle that apparently tastes awesome.

3. Sake is somehow involved with these cows? I’m just dishing out the straight facts here, gang.

4. Most winners apparently sell the cow back for cash on the spot.

5. Luke Donald said hell no. What kind of fool rejects a cow?

6. Luke Donald is a foodie.

7. He contacted one of his foodie friends in Chicago, a restaurateur, and was like, “Yo, I’ve got a cow.”

10. Dude: “Holy shit.” Restaurateurs understand that a Miyazaki cow is not to be scorned.

13. Donald + restaurateur: “No, we want half a cow after we won a whole cow, because we’re idiots.”

15. Confession: I’m taking some creative license with the dialogue at this point. But the narrative is dead accurate.

17. Donald and the restaurateur brought in their own importer, Shane Lindsay, who was essentially like the Wolf from Pulp Fiction, to set things right.

18. Line from the story: “Lindsay became the point person between Donald’s cow acquisition team and those in Miyazaki.” [Emphasis all mine.]

19. Japan: “Sorry, it’s not one cow, but several cuts of meat, and we want to make this as bureaucratic as possible.”

20. Cow Acquisition Team: “Then call us Kafka, motherfucker, because we will get bureaucratic.”

21. A ton of e-mails ensued. The Cow Acquisition Team would not rest until it had acquired the cow. Are they heroes? Yes.

22. Japan and the Cow Acquisition Team settled on a deal: 200 pounds of beef.

23. The beef came right to Lindsay, because the Wolf doesn’t trust anyone else to cut it up right.

24. Lindsay cut that beef. He cut it correct.

Bonus: Lindsey Vonn also once chose the cow option when she won an event in France. The cow lived out its days in Austria.