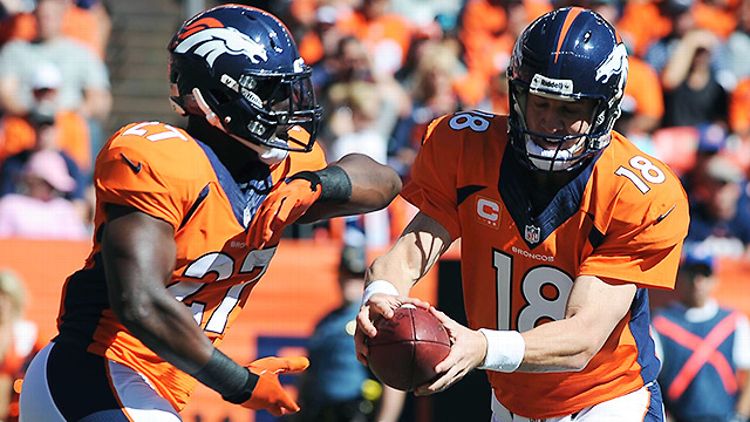 Today’s Grantland Channel video spotlights Pulaski Academy’s Kevin Kelley, the high school football coach who never punts and almost always onside kicks. While Kelley’s approach, which he calls both a strategy and a philosophy, has yet to catch on in college or the pros, Kelley has became the poster boy for savvy, statistically driven football innovations.

So who is the next Kevin Kelley? Well, he’s probably bound to destroy your fantasy football draft strategy, because the next Kelley is going to stop running the ball. The numbers tell us that Kelley is correct not to punt, and the numbers also tell us the next football revolution should be NFL teams abandoning the ground game.

Let me explain: Winning football games requires moving the ball on offense. Even factoring in negative plays on sacks, NFL teams have averaged 6.10 yards per pass attempt over the past 10 seasons. In contrast, they’ve netted 4.17 yards per rush attempt. Teams can’t afford to give up almost two yards per attempt based on play selection.

The current season provides ample evidence of the futility of rushing. Philadelphia (5-5) and Washington (3-6), two borderline playoff hopefuls residing in the worst division in football, lead the NFL in yards per rushing attempt. Meanwhile, Denver (8-1) and New Orleans (7-2), two Super Bowl front-runners, rank in the bottom half of the league in the same metric.

Of course, the lack of correlation between rushing efficiency and winning does not preclude good teams from fielding strong rushing attacks, and vice versa. Super Bowl contender Seattle ranks sixth in yards per rush attempt, while lowly Jacksonville ranks last. (The Jags can’t throw the ball, either.) The Vikings aren’t going to bench Adrian Peterson to more heavily feature Christian Ponder. Just like with the punting debate, personnel and context matter here, and there are no absolutes. But there are trends worth noticing and exploiting.

It’s also important to note that correlation does not imply causation. And it would be foolish to say the run game doesn’t matter at all. Deception is critical in sports, and the more a defense is forced to respect the run, the better a quarterback can fake a handoff and throw downfield. Play-action occupies a key role in the modern NFL offense. But while doubters will claim that ditching the run would allow opposing defenders to consistently tee off on the quarterback, mixing in quick passes and screens would achieve much of what running the ball accomplishes now: chipping off short gains and keeping pass-rushers off balance.

NFL teams have thrown on 59 percent of plays this season. The league needs just one coach as bold as Kelley to flip that number to 95 percent.