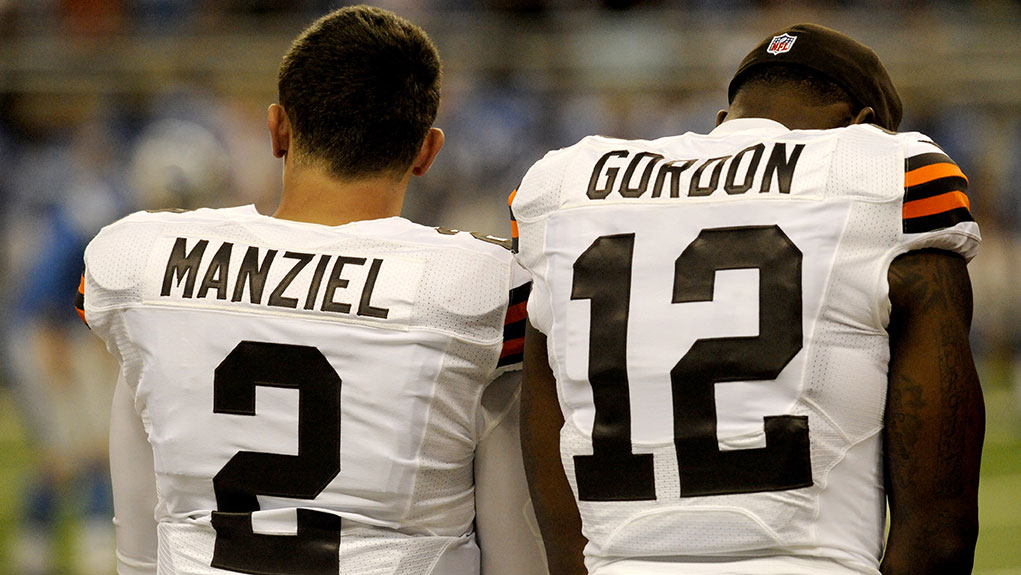 The concept of “rock bottom” is a myth. Things can always get worse, no matter how bad they may already be — just ask the Cleveland Browns. In the last month alone, their star wideout has received a one-year suspension for drinking alcohol, their quarterback of the future has checked himself into a rehab facility, and their GM is being investigated for illegally texting down to the sideline during games. Oh, and their former offensive coordinator put together some sort of lengthy PowerPoint presentation detailing his grievances with the franchise.

Wait. What? Tell me more about this PowerPoint.

It was only, like, the 17th-most damning revelation in this Jason La Canfora report, so your ignorance is understandable. According to La Canfora, Kyle Shanahan “presented [Browns head coach Mike] Pettine with a 32-point presentation on why he wanted to get out of his contract.” It must have featured some breathtaking animations, because Pettine was so moved by it that he subsequently allowed Shanahan to join the Falcons. Can the hackers at Anonymous please make this slide show public? The universe needs answers to questions like “How did Kyle Shanahan feel about the Browns’ decision to pass on Odell Beckham Jr. for Justin Gilbert?” and “Does Kyle Shanahan use clip art?”

Speaking of Shanahan, whom did Pettine hire as his replacement?

John DeFilippo, who most recently served as the quarterbacks coach of the Oakland Raiders — they of the NFL’s 26th-ranked passing offense. The Browns’ press release touted DeFilippo’s “track record of developing young quarterbacks” and proceeded to praise his work with … wait for it … Mark Sanchez, Terrelle Pryor, and Matt McGloin. 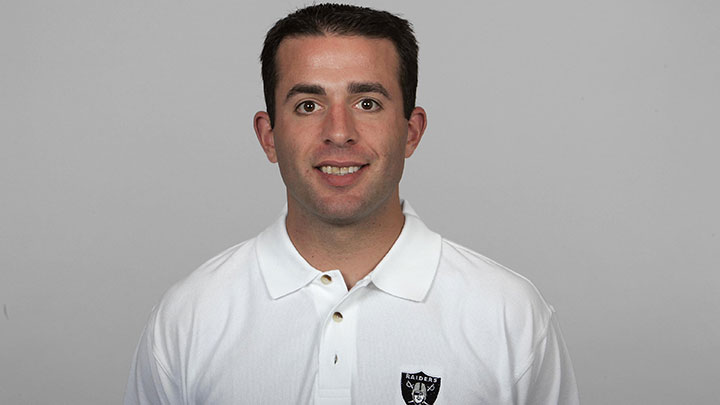 This isn’t to say DeFilippo isn’t a bright offensive mind or that he can’t become a competent playcaller. It’s merely to point out how limited Pettine’s options were. I mean, he actually contacted Charlie Weis and Mike Martz, who were last seen commiserating over the proliferation of the spread offense at a Hooters in Lawrence, Kansas. These are dark times.

Well, at least DeFilippo has some promising young talent to work with, right?

Maybe in 2016. That’s when Josh Gordon is eligible to apply for reinstatement from his yearlong suspension, which, to reiterate, was for consuming a substance that is promoted endlessly by the NFL. Meanwhile, La Canfora says that free-agent tight end Jordan Cameron “is not interested in returning to Cleveland,” and Manziel, remember, is in rehab following one of the most disastrous rookie seasons of all time.

Let’s go back to the Gordon thing. I concede that his suspension is sort of bullshit, but doesn’t he have to be held accountable for continually violating a policy that’s written into his contract?

This is a common line of reasoning, and while rules are rules, Gordon’s ghostwritten explanation on the matter is worth reading. Gordon claims that he thought his “league-imposed restriction on drinking had expired at the end of the regular season” and says his positive alcohol test stemmed from a widely Instagrammed trip to Las Vegas with teammates and since-fired receivers coach Mike McDaniel, who watched as the Pro Bowl receiver enjoyed “two beers and two drinks,” thus ending his 2015 campaign nine months before the start of the season. In this respect, the Browns failed Gordon as much as Gordon failed that test.

Still, when he returns, Gordon should be able to net the Browns something in a trade, right?

Not nearly as much as the Browns would have gotten for him in 2013, when then-CEO Joe Banner and then-GM Mike Lombardi had worked out a deal that would have sent Gordon to San Francisco for a second-round pick and more, only to have the trade nixed by owner Jimmy Haslam at the last minute. Now he’s probably worth a fifth-rounder at most.

Well, let’s focus on something positive: the draft! Do the Browns have enough ammunition to address their pressing wide receiver need early and often? 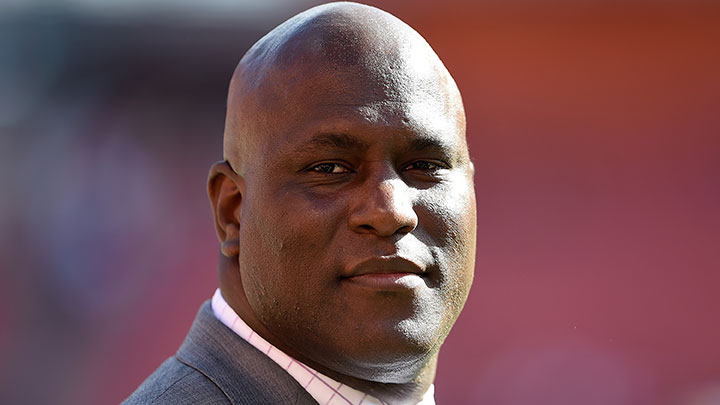 Well, they boast a whopping 10 picks … for now. As mentioned above, GM Ray Farmer is currently mired in Textgate. (Of course that’s what we’re calling it.) Basically, Farmer is being investigated for offering in-game strategic advice to a member of the Browns coaching staff (possibly former quarterbacks coach Dowell Loggains), who would then relay the message to a none-too-pleased Shanahan. The NFL is reportedly set to “announce sanctions within the next couple of weeks,” and that will likely include a multigame suspension for Farmer and the loss of at least one midround draft pick.

On the bright side, a lost draft pick is just one less opportunity for Farmer to select a surefire bust. You said it yourself: The man took Justin Gilbert over Odell Beckham Jr. What was up with that?

Look, it’s easy to hammer Farmer for not taking ODB, but 11 other teams passed on him, too. The real issue is that Farmer neglected to take any receivers in an especially deep year for the position. Kelvin Benjamin, Jordan Matthews, Jarvis Landry, John Brown, Davante Adams — any of these players would easily be the most talented non-suspended wideout on the Browns. And I like Andrew Hawkins a lot!

[Gilbert] was routinely late, was a chronic knucklehead and rubbed teammates and coaches the wrong way, sources said. At times the coaches had to have him active on game days due to not having enough healthy corners, but his shortage of playing time was accountable not so much to injuries or poor practice as to his habits. Players must be to the stadium by 11 am at the latest on game days for 1 p.m. kickoffs, but Gilbert showed up as late as 11:45 at least once. By the end of the season he was seen more as a nuisance than an asset.

So you’re telling me his pick-six of Andrew Luck was an anomaly?

That’s exactly what I’m telling you.

Of course, that paragraph could have just as easily been about Manziel, right? What are the Browns’ plans at quarterback?

They could try to re-sign Brian Hoyer, but he seems fed up with the organization and eager for a change. Manziel will probably have a chance to compete for the starting job in training camp, but it’s hard to imagine him as the team’s Week 1 starter after reading this account of his rookie year. Jason Cole says the Browns are strongly considering trading up in the draft for Marcus Mariota or Jameis Winston, which is sort of like if I said I was strongly considering going on a date with Kate Upton, while Chris Mortensen thinks they may attempt to acquire Mike Glennon, because this guy is definitely the solution to the franchise’s long-standing quarterback woes.

I guess the one constant in this mess is Haslam. What has he been up to since paying his way out of that rebate scandal? 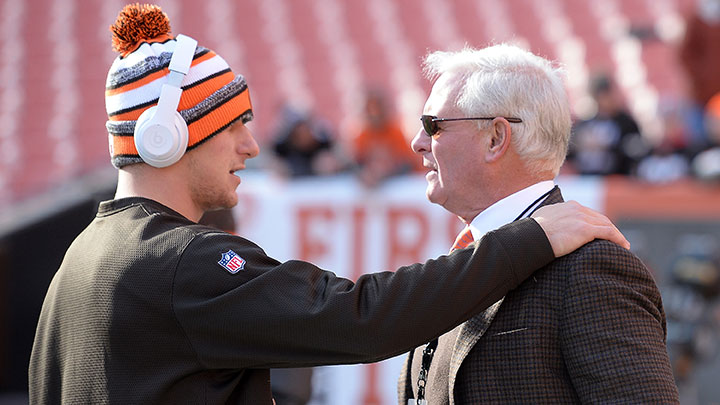 I can tell you firsthand that Browns fans still pray for an indictment every day, largely out of fear that Haslam will fire Pettine if the team doesn’t drastically improve next season. According to La Canfora, Haslam has created a culture in which “the division between ownership and day-to-day coaching decisions [is] becoming increasingly blurred,” as we see in everything from the drafting of Manziel to team president Alec Scheiner joining Pettine for a film session at 6 a.m. every Monday. It is most certainly a mess.

Anything else to report?