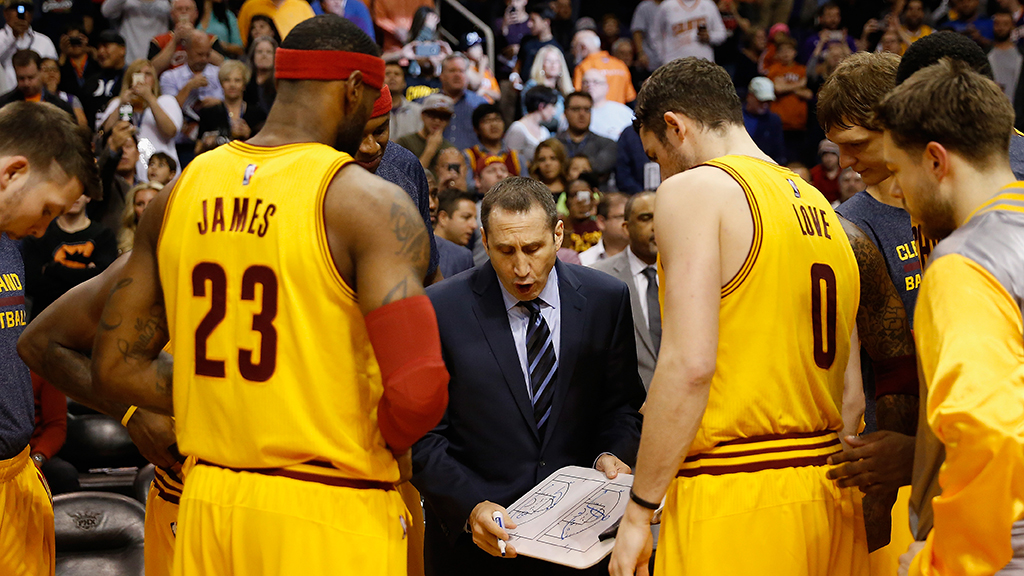 Nobody thought things were perfect in Cleveland. But with 13 wins in their last 14 games, including some big victories over the Clippers, Thunder, Blazers, and Bulls, things were certainly looking better. Then, this past weekend, the stitching seemed to come apart on LeBron James and Kevin Love’s relationship, with LeBron tweeting this:

Stop trying to find a way to FIT-OUT and just FIT-IN. Be apart of something special! Just my thoughts

A few members of the media figured this was a not-so-subtle shot at Love, who talked about fitting in and fitting out in a preseason profile. This has caused a storm of speculation, rumormongering, and gossip. We love it, obviously. Here’s what we think. We talked about Boogie Cousins and God’s plan too.

Chris Ryan: This Da Vinci Code fit-in/fit-out story is amazing. Seriously, did these guys not meet before LeBron engineered the Andrew Wiggins trade? Here’s my favorite underreported part of this whole debacle, from Jason Lloyd in the Akron Beacon Journal:

Three of his eight assists went to Love and James said he was even drawing up plays in the huddle to ride Love’s hot hand. [My emphasis.] He scored 17 points in the second quarter, including four 3-pointers in a span of 2:07. James got the assist on two of those four.

Jason Concepcion: I actually loved the part about how Love doesn’t leave his house and James wants everyone to hang out. This is like arguments with my college girlfriends.

The personalities of Love and James are complete opposites, which has intrigued me all season. Love is an admitted introvert who enjoys sitting home and watching movies. Timberwolves center Nikola Pekovic, who was Love’s closest friend in Minnesota, told me last week he had to struggle sometimes just to get Love to leave his apartment. Love wasn’t overly close with a lot of his teammates in Minnesota. The list consisted of Pekovic and Corey Brewer. That was about it.

Pek, Brewer, and Love. Sure. For what it’s worth, if I were on the 2013-14 Timberwolves, I would have spent most of my time with Ricky Rubio and Shabazz Muhammad.

Bill Simmons: I noticed all the same things that you guys noticed. It was the strangest read of the year. But Love has been polarizing ever since he spurned Oregon for UCLA, complained about the Lake Oswego crowds and turned the entire state of Oregon against him. UCLA fans don’t feel bonded to him because he stayed only one year (and couldn’t make the title game with Darren Collison and Russell Westbrook). Minnesota fans lost with him for six years and booed him throughout that entire Cavs-Wolves game. Now he’s “fitting out” in Cleveland. Bizarre career so far. He doesn’t belong to anyone.

Ryan: I have a bunch of questions:

Can I get LeBron’s Goodreads review of The Da Vinci Code? Do you think he got kind of caught out there when ESPN’s Dave McMenamin rightly pulled out the Love profile? How bad do things have to be that this is all happening in the same room where these guys shower, that they can’t have a conversation with each other? Isn’t it funny how thin the line is between “guy who likes to spend time by himself and watch movies,” and “Travis Bickle”?

Juliet Litman: Things have to be really bad for me to feel sympathy for Love, but this made me let out an audible “Awwww”:

• How long did that tweet sit in LeBron’s drafts? Love’s quote is from October.

• Did LeBron read some books about leadership to develop his theories on camaraderie, or are these philosophies workshopped with Dwyane Wade?

• Does subtweeting your teammate qualify as a camaraderie-building exercise?

Simmons: The two dirty secrets about NBA players: (a) They watch EVERY movie, and (b) they see every single comment on their Twitter reply feed.

Concepcion: The lag between Love’s initial comment and LeBron’s tweet is interesting. LeBron’s response almost feels like he’s been spending his downtime Googling Love in an effort to figure out what makes him tick, came across that comment, then couldn’t help but tweet about it. That’s the only way this makes sense. Which, I don’t know, maybe should’ve been done before the Wiggins trade, but whatever.

Ryan: If LeBron is Googling what makes Love tick, here’s what he sees: 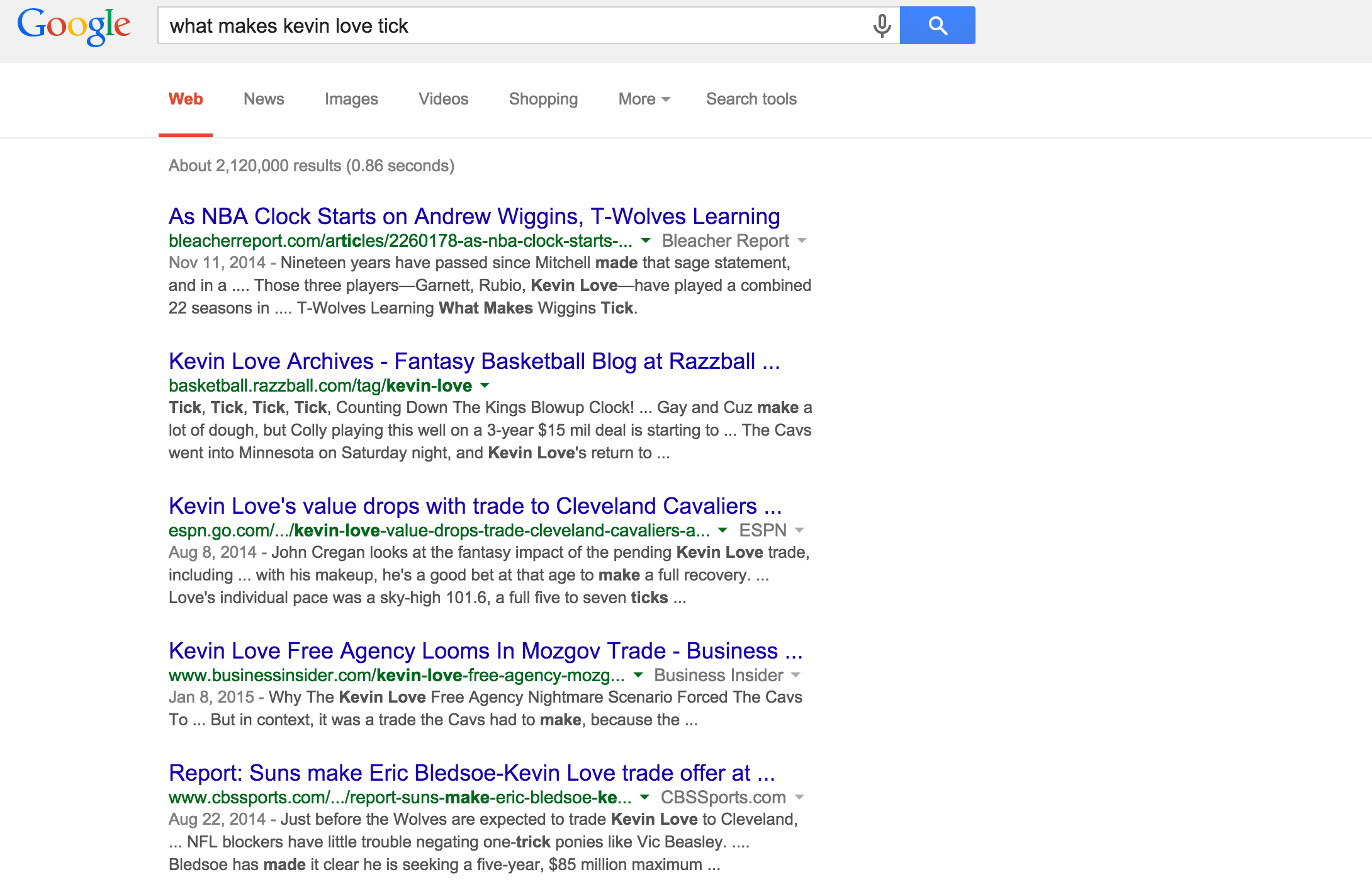 ​Concepcion: In other news, it’s amazing that Boogie is now comparing playing for the Kings to a RELIGIOUS TRIAL SET UPON HIM BY GOD. ​

THAT’S HOW BAD IT IS. THE ONLY WAY BOOGIE CAN EXPLAIN THE KINGS IS THAT IT MUST BE GOD’S WILL, LIKE A PLAGUE OF LOCUSTS OR A TSUNAMI. WAY TO GO, VIVEK.

Simmons: It’s entirely possible that LeBron put 72 hours of thought into the whole “I’m going to Cleveland!” thing. Remember: LeBron was pushing for Miami to draft Shabazz Napier at the end of June. First seven days of free agency: They couldn’t sign anyone. A week later, he’s in Cleveland.

From what I heard, he started leaning toward Cleveland the weekend before, had the famous Dan Gilbert meeting, decided to come back, then made it contingent on getting Love for Wiggins. Everything was done by Wednesday and they announced it Friday morning. That’s not a lot of time to research Love.

I can’t tell you how focused I am on the possibility of a Boogie/Boston trade. Like, you have no idea.

Andrew Sharp: My favorite part of these Cavs stories is David Blatt.

On February 5: “I just got a little tired with everybody talking about Kevin Love … There’s nothing wrong with Kevin Love.”

This weekend: “We win 12 games in a row and everybody is talking about Kevin’s five-point game. I mean, really, who gives a damn? What’s important is that the team is winning and Kevin knows that.”

I’m not saying this is a Kobe-Dwight situation for the Cavs, but Blatt is definitely Mike D’Antoni in the middle. 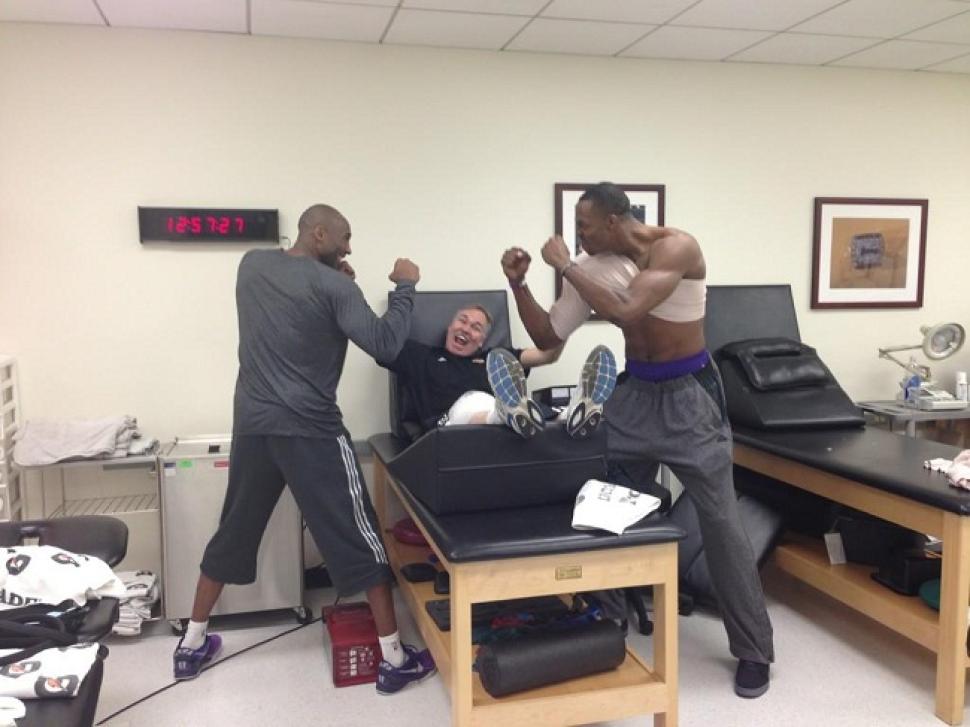 Simmons: Boogie for Jared Sullinger, Kelly Olynyk, Marcus Thornton’s expiring, our unprotected 2015 no. 1 pick, the unprotected 2015 Clippers pick AND Dallas’s future no. 1 pick. THIS IS GOD’S PLAN!!!! Wait, what are you guys talking about?

Sharp: By the way, my first reaction reading all of this Sunday night was that LeBron has been exactly this unbearable all year. It started with the commercials, right on through the last five months. He was so much more fun in Miami, when he wasn’t trying to be The Leader Ohio Needs.

Look at this from LeBron:

At the end of the day, you want to win and you sacrifice whatever you need to do to help the team win. It’s all that matters. It doesn’t matter about shot attempts. It doesn’t matter about how many touches you get. If you want to win, then you’ll do that. I’ll go 0-for-0 from the field to win. I’ll get rebounds, I’ll get assists, I’ll take charges, I’ll get steals. I don’t need to shoot the ball at all, because I’m about winning. That’s all that matters.

And then came that tweet and the denial that it meant anything, but then he said, “It’s not a coincidence.” I don’t even know. He’s trying to manipulate Love and the media at the same time, and everyone involved sees through it.

I want the Cavs to do well, but it’s been tough to enjoy these guys the past few months. Love’s game has fallen off and he’s been sulking. But LeBron bears just as much responsibility. Miami LeBron was a badass. Cleveland LeBron sleepwalked through the first three months, almost immediately undercut his coach, and (maybe) gave up on the superstar he demanded the Cavs trade for. And in the meantime, he’s been pulling CliffsNotes Deepak Chopra shit like this since November.

Anyway, this past weekend was a perfect microcosm. The only thing worse than using Twitter to take shots at your teammates is getting all indignant when people ask what you meant. There’s only one way to describe this. Corny and …

I like u guys a lot(Media) but don't try and make a story cause it looks good. If I have a problem with a teammate or anyone I'll say to….

their face and not over social media. That's corny and wack! So good try again my friends(Media), I still love you guys.

Don’t you miss Miami LeBron? Was this the real LeBron all along? Will any of this matter if he keeps playing well and takes the Cavs to the Finals? (Definitely not.)

Concepcion: One should always try to be either corny or wack but never both.

Sharp: A.k.a. the Dwight Howard rule.

Simmons: All I know is that you guys need to stop trying to find a way to FIT-OUT and just FIT IN. Be apart of something special! Just my thoughts. By the way, NOTHING TO SEE HERE.