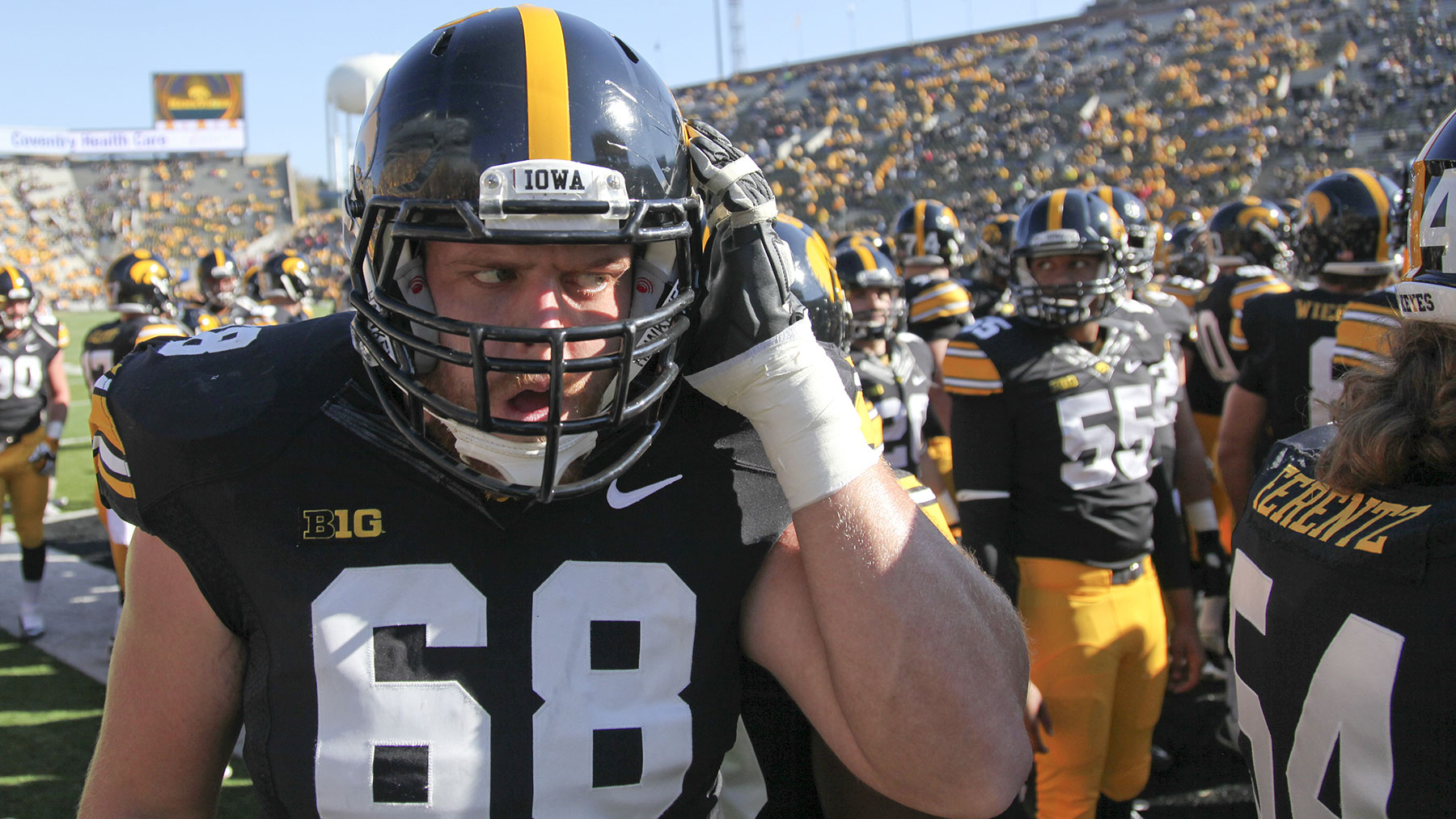 Typically, the voice inside my head would stop me right here: Most people don’t want to watch clips of an offensive lineman, Robert. But please hear me out as I ignore that nagging warning just one time. You see — this is something different:

There’s a reason Brandon Scherff’s official Iowa highlight reel starts with him in the weight room. Around the iron, the man is inhuman: Legend has it they had to invent colors for the heavier weights he’d use on the clean platform. But while Scherff is one of the strongest players to enter the draft in a long, long time, it’s not like he’s just some Olympic lifting hero. We’re talking about translatable strength here, and you can see it all over his tape.

Go ahead and try not to audibly react to some of this stuff. Here’s Scherff at left tackle, putting a blitzer into the dirt:

Here’s him stonewalling Randy Gregory — you know, that guy who some consider the best pass-rusher in a draft chock-full of them:

A lot of Scherff’s highlights look like a high school recruiting tape of a small-town kid who’s 80 pounds heavier than everyone else. He physically dominates others in a way that’s rarely seen at the collegiate level, and it’s why most consider him the top O-line prospect in the draft.

Like Auburn’s Greg Robinson, last year’s no. 2 pick, these giant, bullying tackles tend not to make it out of the top three, but Scherff will most likely fall a bit further because of the way he’s built. The 23-year-old is 6-foot-5 and 319 pounds, but his arms measure at just 33⅜ inches — short for a tackle who needs to trade in space on the outside against pro-level speed rushers. That physique, combined with Scherff’s ability to end people in the run game, is why he profiles more at guard in the NFL.

Two of last season’s most successful rookies — Dallas’s Zack Martin and Cleveland’s Joel Bitonio — were college tackles who shifted inside for their NFL teams, and Scherff figures to be next in that line of players. While guards typically have a ceiling as far as draft position goes, what Martin and Bitonio instantly lent to their offenses can only help Scherff’s stock. If someone in the top 10 picks him, they won’t be disappointed.

Even for an offensive line nerd such as myself, I can’t remember the last time I enjoyed a player’s highlights as much as Scherff’s. It’s hard to pick a favorite, but this is one option, as he pushes a linebacker from the eventual national champion into the next county:

Here’s another, in which he buries a Maryland linebacker not once, but twice:

For offensive line lovers, it’s plays like this that make Scherff so damn fun: He’s mean. Like, really mean. He enjoys finishing people, and that’s something any offensive line coach will salivate over. When you take that attitude and blend it with a guy who can squat the Willis Tower, it’s hard to see a future that doesn’t include Scherff anchoring someone’s line for the next decade.