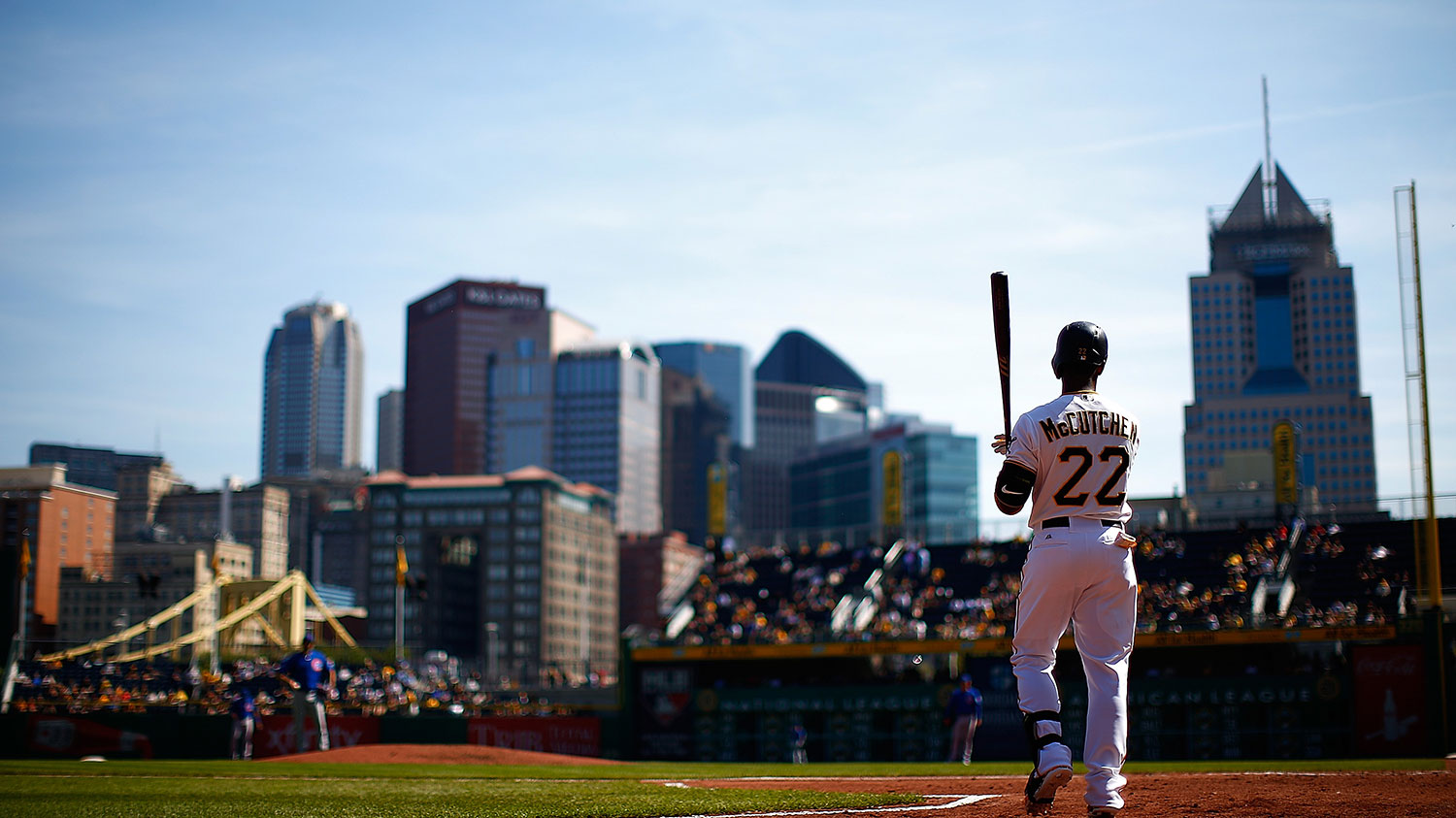 We hear you, Cubs and Pirates fans: The playoff system stinks.

While the NBA recently changed its rules to reward the teams with the best records in the league regardless of division affiliation, Major League Baseball continues to treat the achievement of winning a division as sacrosanct, regardless of the paths that teams took to get there. It’s MLB’s attempt to make the best of a muddled and often unfair calendar, in which interleague schedules can vary wildly from one team to the next and unbalanced intradivision schedules can dramatically skew the shape of a pennant race. But while you can understand the general idea of honoring baseball history from 1969 to 1994, when winning your division was the only way into October, strong teams with stronger division rivals risk getting left out in the cold as a result.

It might not be fair, but the result is a phenomenal matchup between two excellent teams. These two clubs are incredibly close when it comes to ability, and given all the talent available to each side, the winner of this game would make a pretty decent World Series pick. 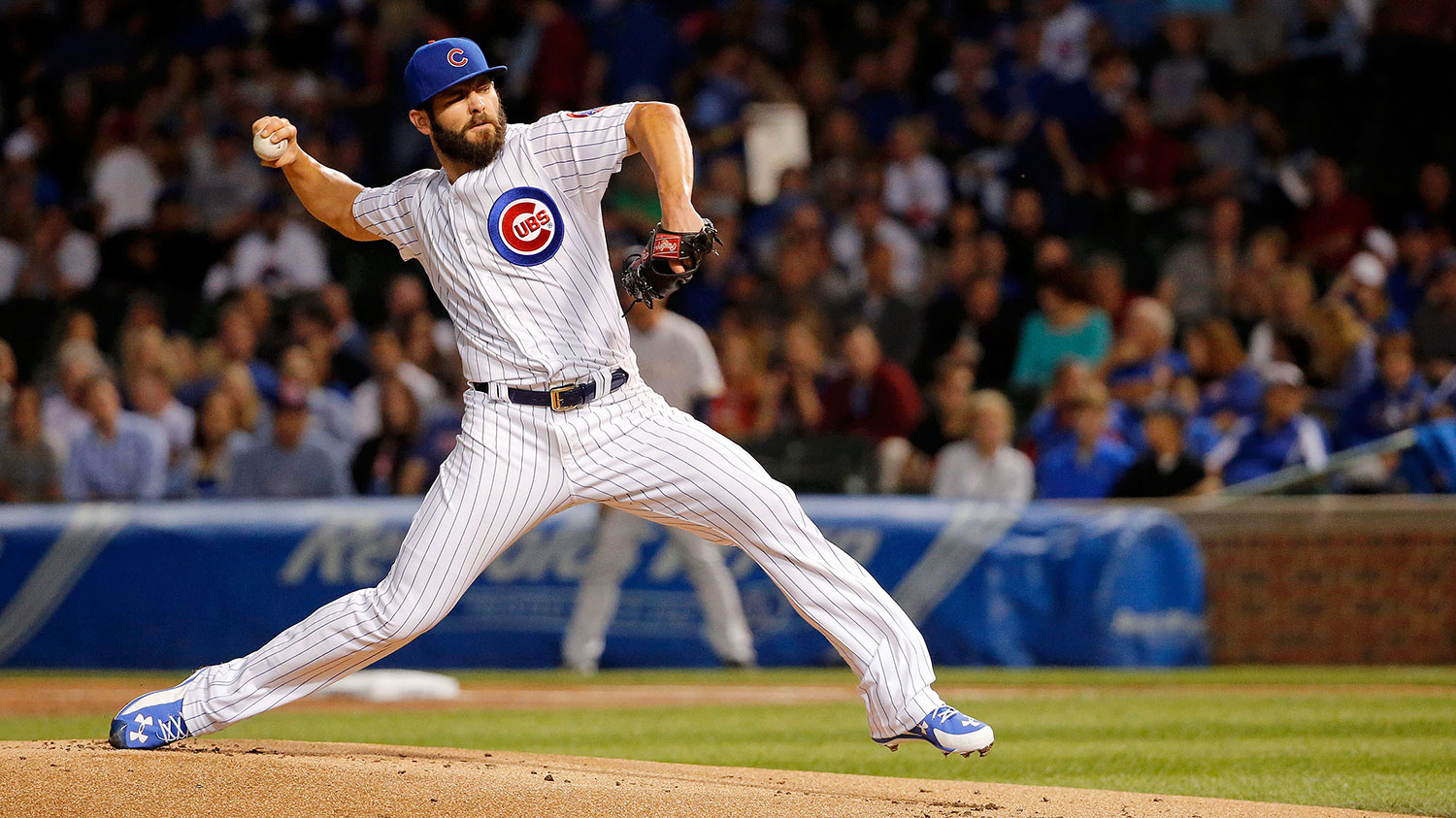 The Cubs offense struck out more than any other club this year, and more than all but two teams ever — the 2013 Astros and 2010 Diamondbacks. They also ranked fifth in the NL in home runs and second in walk rate. In short, they’re going to work deep counts, look for pitches to drive, and crush them … when they’re not swinging and missing.

The two-through-four spots in the lineup will present a particularly formidable challenge for Pirates starter Gerrit Cole. Even after a late-season slump, lefty rookie phenom Kyle Schwarber still batted .278/.396/.557 against right-handed pitchers. Rookie of the Year front-runner Kris Bryant, while a righty, batted a robust .284/.376/.499 against same-handed pitchers. Meanwhile, Anthony Rizzo showed no significant split this year, mashing lefties and righties nearly identically, with a .272/.378/.527 mark against right-handers. And yes, two of the team’s most dangerous hitters (and three of its eight position players) being rookies is a big part of what makes the Cubs so fun and unusual.

If the Cubs do grab an early lead thanks to that imposing trio, the Pirates would face an uphill battle in trying to come back. Jake Arrieta was absolutely untouchable down the stretch this season, setting a record with an 0.75 second-half ERA. The right-hander relies primarily on three pitches: sinker, slider, and curve. Pick your poison: Opponents batted .205 this year against his sinker, .187 against his slider, and .121 against his curve. While the nature of an elimination game would normally lend itself to mixing and matching with bullpen arms, the Cubs don’t need to bother with that kind of scheming. In his final seven starts of the season, Arrieta averaged just under eight innings per start — and even that number was held down a bit by the Cubs purposely pulling him after six in his final outing to save a few more bullets for the playoffs. Arrieta’s ability to work deep into games, combined with favorable splits1 and his strike-zone-pounding approach, means the Pirates probably won’t wear him down. They’ll likely need to find a way to simply hit the guy.

If the Bucs do find a way to rough up Arrieta, they’d get to face a bullpen that put together solid aggregate results for the season, but also struggled with inconsistency. The Cubs bullpen’s calling card is the same as the offense’s: tons of strikeouts. All of closer Hector Rondon’s top three setup men (Pedro Strop, Travis Wood, and Justin Grimm) fanned more than 28 percent of the batters they faced.

And while the Pirates have built a reputation as one of the best and savviest teams when it comes to defense, the Cubs also rated well by both overall defense and runs saved via shifts. Pittsburgh ranked a solid fourth among National League teams in Defensive Runs Saved this year, per Baseball Info Solutions, but the fifth-ranked Cubs came in just barely behind.

Since this game involves Joe Maddon, we could get an unexpected wrinkle: As ESPN Chicago writer Jesse Rogers said on the podcast yesterday, Tommy La Stella took extra ground balls at third base on Tuesday, and while Maddon hasn’t said so definitively, it looks like La Stella, who played in only 33 games this season but swung a hot bat down the stretch, may start at third tonight. PNC Park is more spacious in left field than in right, so it’s likely that the athletic and versatile Bryant will move to left, Schwarber will shift to right, and Chris Coghlan will move to the bench.

One final variable to watch: If the Cubs get an early lead, look for Maddon to get hyperaggressive in subbing in defensive replacements. Austin Jackson and Javier Baez might not only see action in this game, they could come in by the fifth or sixth inning if the Cubs are trying to nurse a lead. 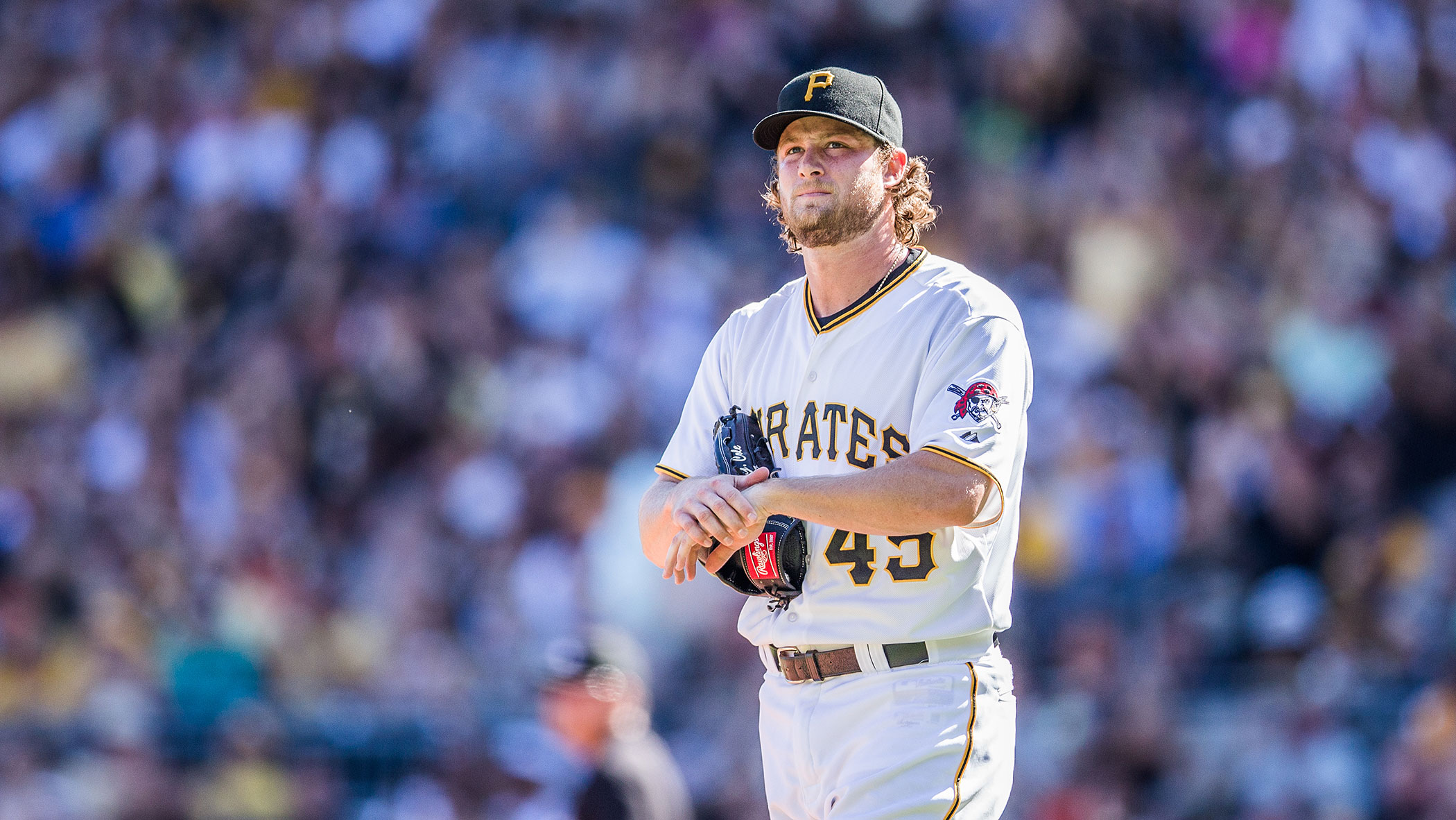 Jung Ho Kang’s season-ending injury hurts. Still, this is a Pirates lineup that can beat you with balance and depth.

It starts with the best outfield in baseball. Early in the season, we wondered if a lingering knee injury might sap Andrew McCutchen of the ability to do Andrew McCutchen things. Then from May 20 on, he batted .313/.426/.526, reaffirming his status as one of the best all-around players in the game. Starling Marte added his usual multi-tool contributions, slamming 19 homers, swiping 30 bases, and playing solid defense in left field. We still haven’t seen the full extent of Gregory Polanco’s power potential, but his .276/.324/.425 second-half line (despite playing home games at pitcher-friendly PNC Park) hinted at his offensive potential. Neil Walker (.269/.328/.427 for the year, 8 percent better than league average on a park-adjusted basis) and surprisingly potent catcher Francisco Cervelli (.295/.370/.401, 19 percent better than average) give the lineup needed length.

Although the rest of tonight’s starting eight isn’t yet set in stone, the Pittsburgh Tribune-Review’s Travis Sawchik said Josh Harrison will likely get the start at third base because of Aramis Ramirez’s struggles. Acquired before the deadline from Milwaukee, the 37-year-old Ramirez has scuffled since being back in a Pirates uniform, batting just .245/.299/.413. McCutchen’s .236/.388/.355 line in September and October is a smallish sample, but it also suggests that maybe pitchers were willing to pitch around the former MVP to face a much weaker no. 4 hitter in Ramirez. If Harrison starts, we might then see Walker bat fourth and Marte bat fifth in the hopes of giving McCutchen better support — and possibly a few better pitches to hit.

As for the pitching side of things, Arrieta is getting all the ink (both digital and actual) heading into this game, but let’s not sell Gerrit Cole short. In a non-insane year for National League starting pitching, he’d be a legitimate Cy Young candidate. Like Arrieta, Cole has carried a reverse split this year, limiting left-handed batters to a .227/.287/.310 line. With five of the eight Cubs regular hitters (including the switch-hitting Dexter Fowler) likely to bat left-handed, things could line up nicely for the 25-year-old ace.

Yet if the Pirates have one clear edge over the Cubs, it’s in the quality and depth of their bullpen. Mark Melancon setting a single-season franchise record with 51 saves only scratches the surface of the pen’s quality. Tony Watson has given the Pirates the lights-out lefty reliever every team craves, and he’s been equally effective against left- and right-handed hitters. Joakim Soria has been dynamite since coming over in a deadline deal with Detroit, striking out 28 batters and allowing no homers in 26.2 innings as a Pirate. Add in right-hander Arquimedes Caminero throwing 100 mph gas and Joe Blanton emerging as a quality long man, and the pen is deep enough to enable manager Clint Hurdle to pull starters at the first sign of trouble.

Also, when it comes to the Hurdle vs. Maddon matchup, don’t expect the Pirates to be outgunned strategically. Informed by the team’s head of analytics, Dan Fox, the Bucs can and will make all kinds of subtle moves, from defensive alignments that aren’t quite full over-shifts to various decisions on pinch hitters and relievers that go well beyond simple righty-lefty splits. 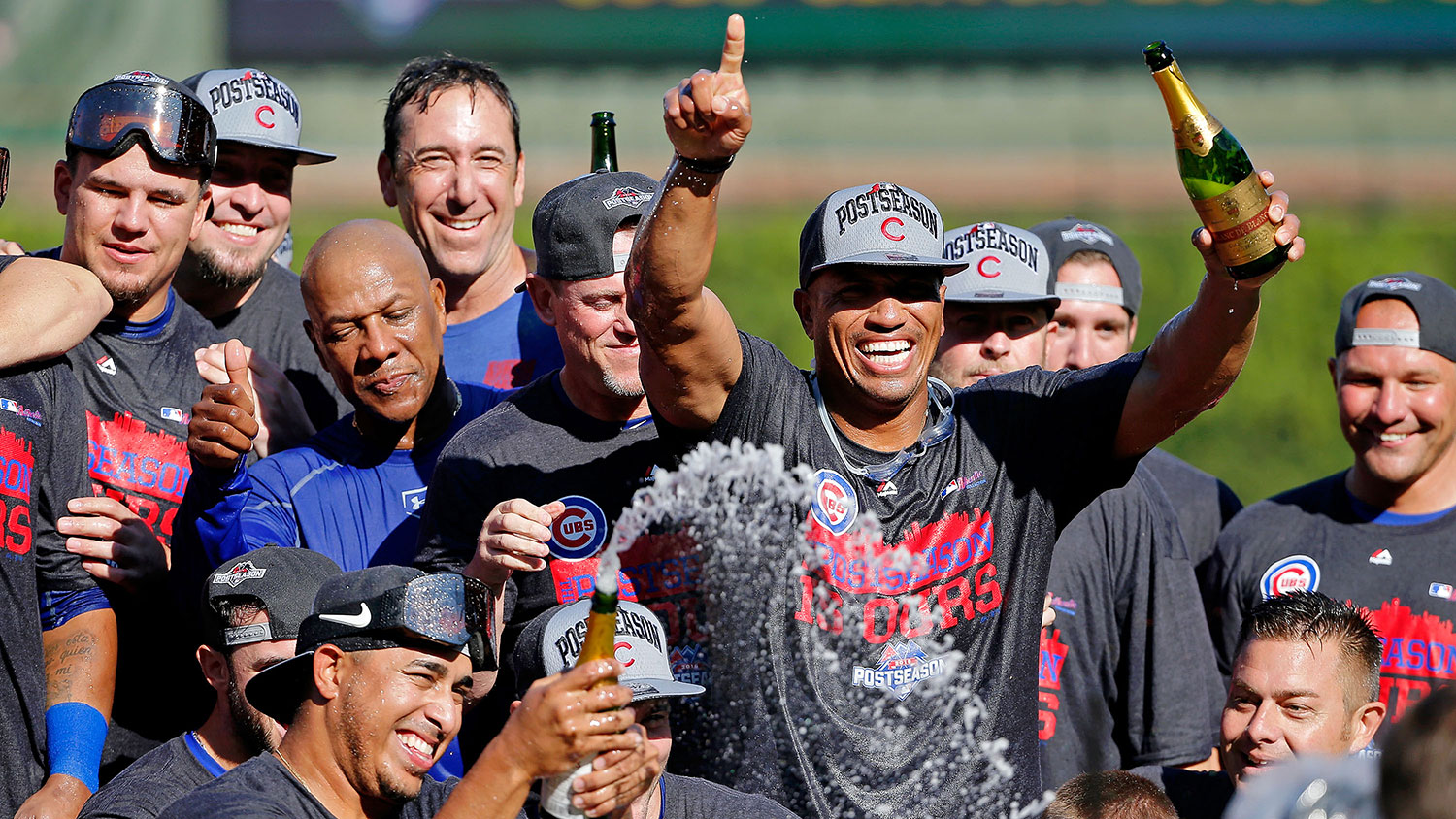 These are two teams of about equal skill, playing just one game for the right to advance. In short: We can break down all the statistical possibilities in the world, but in the end, this one’s a coin flip.

However, three of the four managers in these wild-card games came in figuring they might need to lean heavily on the bullpen and play matchup after matchup from about the sixth inning on. Not so for the Cubs. Maddon is a master tinkerer, but he’s also no dummy. Arrieta has not only dominated these past few months like few pitchers ever have, he’s also gone deep into games and run up big pitch counts when needed — all without ever showing a hint of slowing down. Backed by the Cubs’ boom-or-bust offense, which figures to catch at least one boom, another dominant Arrieta performance would set up a tantalizing, never-before-seen playoff matchup in the next round: Cubs vs. Cardinals.

The North Siders are the pick.