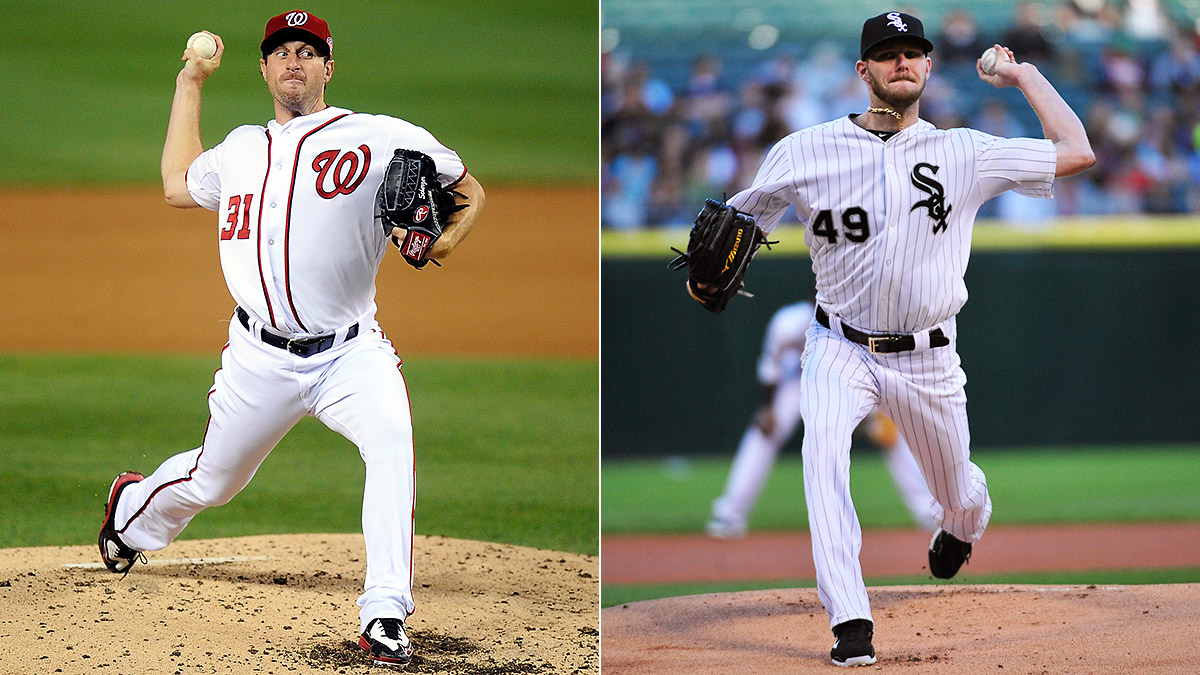 The hottest, most chocolate-covered pitcher in baseball is Max Scherzer, whose move from Michigan to Washington, D.C., is going a lot better than, say, Gerald Ford’s did. But the show that Scherzer has put on isn’t the only remarkable, historic run that a major league starting pitcher has delivered in recent weeks. Chris Sale has struck out 10 or more batters in his past six starts, tied for the fifth-longest streak ever. He’s also punched out 12 or more batters in his past five starts, tied for the longest streak ever, if you don’t count Old Hoss Radbourn literally punching out 12 batters in eight straight starts for the 1888 Boston Beaneaters.

So while acknowledging the greatness of both recent performances, it’s time to play a game of Who Ya Got: Scherzer or Sale?

Which Streak Is More Impressive?

I might be in the minority here, but as great of a week as Scherzer had, I’d go with Sale’s strikeout streak, if only because Scherzer’s back-to-back starts don’t really constitute a “streak.” Scherzer pitched a no-hitter Saturday, so Sale hasn’t been as great as Scherzer’s greatest heights, but since May 28, he’s allowed only three runs and 24 baserunners in 37.1 innings, while striking out 65. To understand how ridiculous that is, let’s stack Sale’s past month up against one of the best per-inning seasons ever: Craig Kimbrel’s 2012.

It’s one thing to post numbers like that 15 or 20 pitches at a time, but the degree of difficulty increases exponentially for a starter — not only because he has to pace himself for 100 or so pitches, but because big league hitters are smart, and if a pitcher is seeing them more than once, he’s going to need more than one way to get them out. Sale’s gone at least a fourth time through the order in three of those five starts.

He’s also averaged a game score of 81 in his past five starts, an average that would beat anything that Scherzer had done until two starts ago. It’s not the peak that I find impressive so much as the consistency.

Not to take anything away from Scherzer, but he’s only been doing this for a laundry cycle. Sale’s been almost as good for a month.

Who’s Had the Highest High? 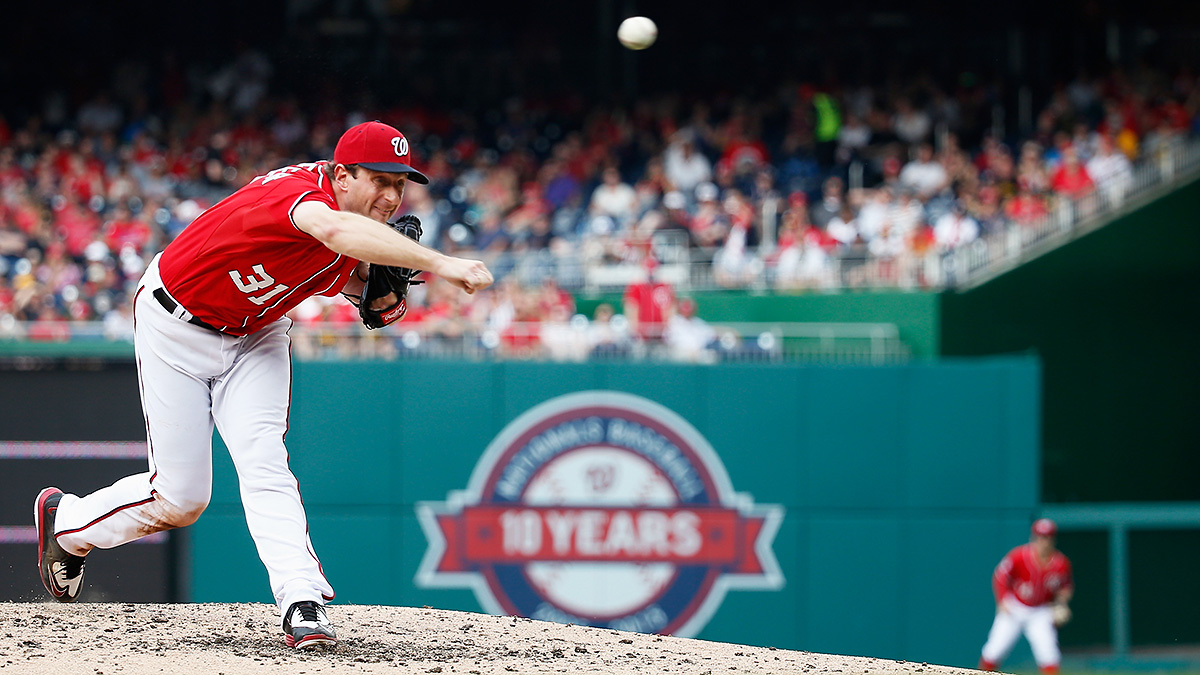 Scherzer, no doubt, and not in Saturday’s but-for-Tabata’s-elbow perfect game. The greatest advance in baseball analysis in the past 50 years has been DIPS theory, the idea that what happens to a ball after it’s hit is largely chance. Recently, we’ve learned this isn’t absolutely true, but the primary lesson remains: Pitchers are at their most effective when they’re getting hitters to swing and miss.

On June 14, Scherzer got 27 whiffs against Milwaukee, which is, sabermetrically speaking, a freaking ton of whiffs, and he did it while throwing only 33 balls. Of the 29 Brewers who came to the plate, only two reached base, and only 12 even made contact, against 16 strikeouts. And when the Brewers did manage to make contact, it was weak: None of their 12 balls in play were line drives.

Sale’s outing on June 19 was almost as good, with the same number of baserunners and only two fewer strikeouts, but he induced eight fewer whiffs and allowed two line drives. Still incredible, but imperfect, and perfect is the bar to clear in this discussion.

Who’s Had the Lowest Low?

Sale. He got beat up in consecutive starts on April 30 (three innings, nine runs allowed) and May 6 (5.1 IP, 5 ER, 5 BB). Scherzer’s been mortal a couple of times this season, but he’s never failed to get through six innings, which is pretty incredible: He’s on a streak of 20 consecutive starts of six innings or more, the second-longest active streak behind Dallas Keuchel, who has 26.

What About the Whole Season?

Well, taking into account that Sale started a couple of weeks late, it’s pretty much been a wash. Scherzer’s walked fewer batters, but Sale’s striking out more, and the margins are pretty slim. There’s also some reason to expect that Scherzer’s getting a little lucky — though it shouldn’t surprise anyone that the guy with the 1.76 ERA in late June is getting a few bounces.

That’s not to say Scherzer’s having a fluky season. If I had to describe Scherzer’s season in terms of Mountain Goats albums, this year looks like The Sunset Tree, but take away some of the numbers and it’s really more like All Hail West Texas. That’s praising with faint damnation.

Of course, all of that is based on absolving Sale for being hurt to start the year, and we can break the tie by giving Scherzer credit for being healthy the whole way.

Who Would You Want Going Forward? 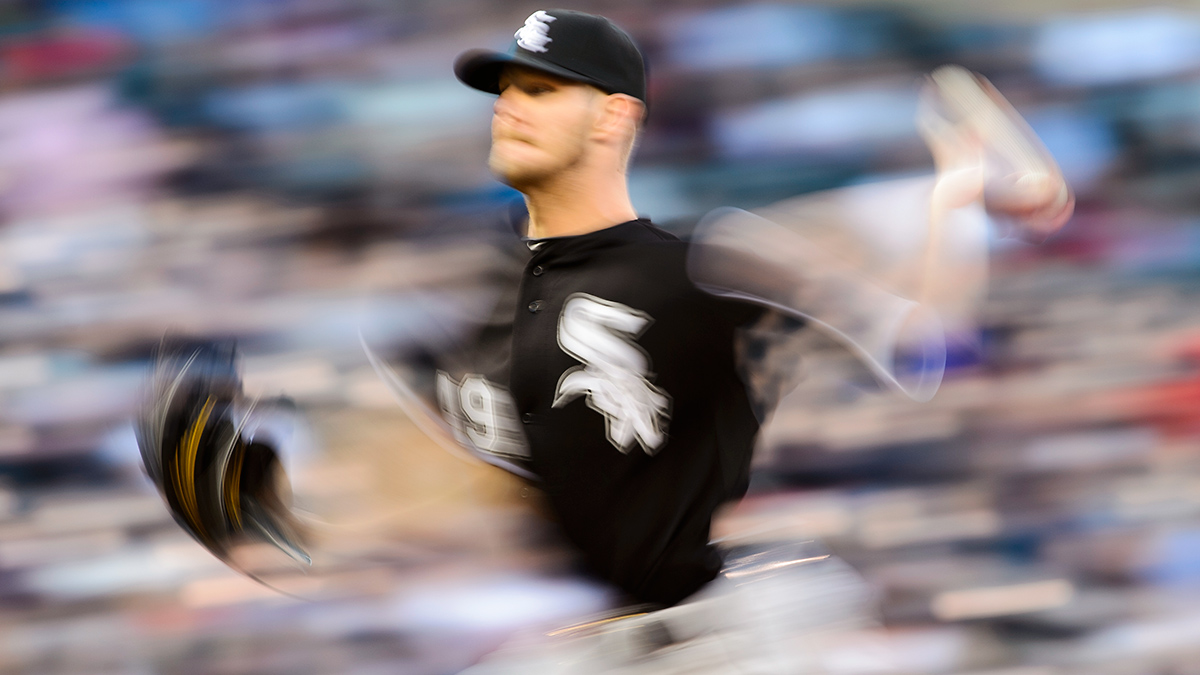 So, the knock on Sale has always been that he’s got a delivery and body type that haven’t been seen in any durable starting pitcher — or, indeed, in any primate known to science — in recent memory. On the other hand, he’s never had any serious elbow or shoulder trouble, and he’s almost five full years younger than Scherzer. I’d take Sale, but if you’re still worried about pinning your hopes to a pitcher with Taylor Swift’s body type who throws a baseball like a Frisbee, I wouldn’t judge you for it.

Who’s Got the Prettier Stuff?

I think the reason Sale throws 97 mph from that arm slot, along with throwing a low-80s slider with more multi-plane movement than the Blue Angels, is because while he could just write a vicious insult on a baseball and mail it to every left-handed batter he sees, postage isn’t cheap anymore, and after a while it’s more cost-effective to get the same result by doing this.

What I find most hilarious about this is the way righties keep leaning over for the slider and missing it, like it’s a dollar bill tied to a piece of fishing line. Then they see the same thing next time up and lay off it, only it’s the fastball and now it’s a called strike. It’s a miracle Scherzer made it more than twice through the Milwaukee order without anybody punching him out of frustration. At some point it turns from impressive to cruel.

It’s closer than you’d think, given that Scherzer’s coming off perhaps the best week any starting pitcher has ever had, but I can’t bring myself to commit such a brazen act of Hot Takery as to say Sale’s been better. Scherzer’s had the best individual starts and has avoided getting beaten up. You can make an argument that the median Sale start has been better than the median Scherzer start, but that feels like moving the goalposts. Right now, I’d take Scherzer.