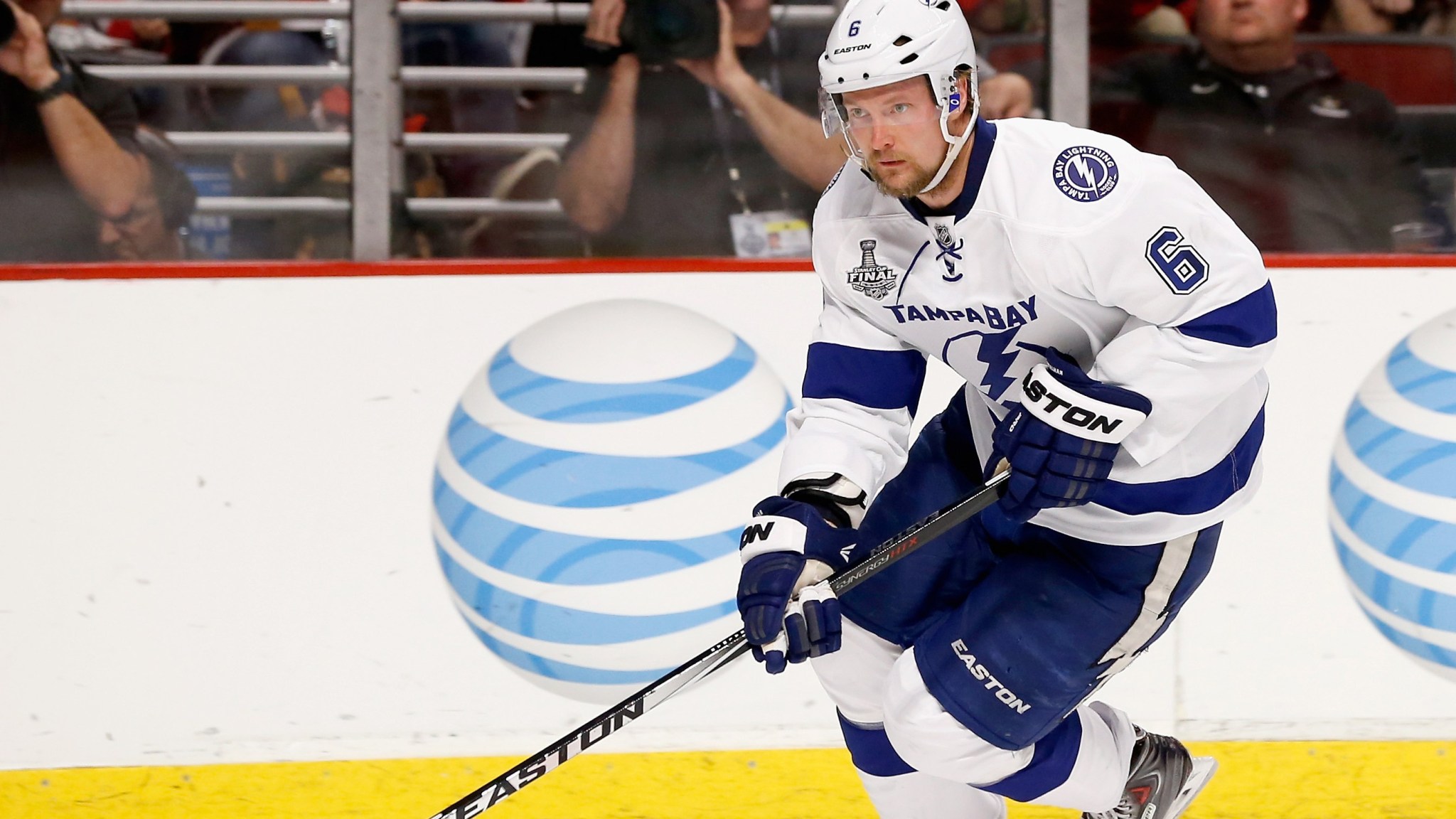 We’re now officially a few days into the 2015 offseason, which means we’re also just a year or so away from knowing how badly everyone screwed it up.

After all, that’s the way NHL offseasons usually go. There’s lots of excitement as the moves are being made, with plenty of blind optimism countered by an occasional unexplained sense of dread. And then, after enough time has passed, the benefit of hindsight kicks in and we realize that most of what happened was a mistake.

Take last year. We saw a busy summer of trades, signings, re-signings, and others deals, and as with most years, the majority of the big moves didn’t work out. Some seemed fine at the time, but turned out to be busts. Some were widely panned by everyone from the beginning, and everyone turned out to be right. And some moves worked out reasonably well, but for various reasons didn’t quite provide the contender-making boost that teams were hoping for — we can file the acquisition of big names like Jason Spezza, Paul Stastny, Ryan Miller, and Jarome Iginla into that category.

But there are always a few exceptions, and some of last year’s moves did work out — brilliantly in some cases. So today, let’s put on our 20/20 hindsight glasses and take a look at five of the best transactions of the 2014 offseason to see what we can learn from them heading into this summer.

1. The Islanders Bolster the Blue Line

The move: OK, we’re cheating a bit here, since we’re actually looking at two moves, but they were similar enough in timing and intent that we’ll lump them together.

Coming off a brutal 2013-14 season, the Islanders were reasonably well stocked with offensive talent, but needed big help in goal and on the blue line. They addressed the former by trading for the rights to Jaroslav Halak and then signing him before free agency, which is a move that we could also include on this list if you’re willing to count May as the offseason.

That still left the defense, and as the summer wore on it looked like GM Garth Snow had struck out. Then, less than a week before opening night, the rumor mill churned to life with reports that the Isles had acquired a defenseman. It was Boston’s Johnny Boychuk. No, wait, scratch that, it was Chicago’s Nick Leddy. Eventually, the source of the confusion became clear: The Islanders had actually landed both guys on the same day. The moves addressed a need, the price was reasonable, and the Isles went on to post their first 100-point season in more than 30 years.

The lesson: In addition to the timing and the position, both trades had another factor in common: They involved teams that would have liked to have kept the players, but were forced to make tough choices because of looming salary-cap crunches. It’s not hard to see how that lesson could apply to this coming offseason, as several teams will once again be tight against a cap that could come in lower than projected. That includes both the Bruins and Blackhawks yet again, but they’re far from the only ones.

With the cap not rising much this year, teams may be under more pressure than ever to cut contracts, and they probably won’t be able to wait until October to do it. As the Islanders showed, some available cap room, a few inexpensive assets to dangle, and a little bit of patience can add up to a nice little bargain or two.

2. The Ducks Trade for Ryan Kesler

The move: With Kesler wanting out of Vancouver but holding a full no-trade clause, he was able to more or less pick his landing spot. That meant the Ducks were able to get him relatively cheaply, giving up Nick Bonino, Luca Sbisa, a late first-round pick, and a third-rounder.

The thinking behind the move was clear: Even coming off of a 116-point season, the Ducks were viewed as being one notch shy of the Blackhawks and Kings among the West’s best teams. With most of the conference’s top clubs boasting impressive depth down the middle, the Ducks needed a second-line center to take some of the pressure off Ryan Getzlaf. Kesler seemed like the perfect fit.

The lesson: When circumstances hand you an easy win, take it. It’s hard to give the Ducks too much credit here — again, Kesler basically forced the move — but when it fell into their lap, they didn’t let it slip away. And they wound up getting pretty much exactly what they’d hoped for. Kesler played well during the season, then stepped up his game to become a force during the playoffs. In the end, it wasn’t enough to get past the Blackhawks in a tight conference final, but with the Kings’ surprising fade, the Ducks head into next season as prohibitive favorites in the Pacific and a solid Stanley Cup contender.

There’s a second lesson to be found here, this one from Vancouver’s perspective: Be careful with those no-trade clauses. The Canucks weren’t the only team burned on this one; the Senators had a deal with the Predators for Jason Spezza that the longtime star blocked with his limited NTC, resulting in Ottawa settling for a less favorable deal with Dallas instead. In a league where players will probably always want at least some control over potential trade destinations, teams seem to finally be figuring out the value of pushing back on NTCs, or at least limiting them as much as possible. Now let’s see which teams cave on that point in the chaos of July 1. If your favorite team is handing NTCs out like Halloween candy, it probably won’t be long before you regret it.

The move: The Coyotes pulled off what was probably the best free-agent signing of the summer in terms of pure value within hours of free agency opening last summer, and the hockey world barely noticed. On July 1, while everyone was focused on big names like Stastny, Miller, and Vanek, the Coyotes sneaked in and signed Dubnyk to a one-year, $800,000 deal. It barely rated a mention in the end-of-day summaries — after all, Dubnyk had washed out in Edmonton that year and bounced around the league before winding up in the AHL, and was eventually allowed to head home by the Canadiens even though the season was still going on. It was mildly surprising to see him get another NHL job at all, and we all assumed he’d head off to Arizona to back up Mike Smith and never be heard from again.

We all know the story from there. Smith struggled and Dubnyk played well enough for the Coyotes that when the Wild’s season went south due to awful goaltending, he was the guy they targeted via trade. The Coyotes got a third-round pick for Dubnyk, which is a pretty nice return on a bargain-basement free-agent signing. Then he arrived in Minnesota and almost single-handedly saved their season. It was one of the year’s best stories, but chances are it never would have happened if either Dubnyk or the Coyotes had decided to get cute and wait out their respective markets.

The lesson: Don’t ignore the small signings. There are bargains to be found in free agency, and you don’t necessarily need to sit out day one to find them. July 1 is still the single day on the hockey calendar that features the highest number of indefensibly awful mistakes, but every now and then a nice fit comes along, even if it flies under the radar.

(Oh, and also, goaltending is voodoo. But we knew that already.)

The move: We don’t normally think about a team keeping its own player as an offseason move, since nobody actually, well, moves. But last summer, as the calendar flipped from July to August, it was starting to look like there was a legitimate chance that the Canadiens were going to find a way to lose their Norris-winning defenseman. After hitting restricted free agency and being briefly eligible for an offer sheet, Subban opted for arbitration and, surprisingly, made it all the way to a hearing before finally signing an eight-year, $72 million contract.

It was a huge number, the largest ever for a defenseman in terms of cap hit, and it put Subban next to Jonathan Toews and Patrick Kane among players who’d signed record-breaking deals that summer. But once the games started, you barely heard a peep about Subban being overpaid, as he recorded yet another excellent campaign and was a Norris finalist.

The lesson: Young star free agents don’t leave. They don’t get offer sheets as RFAs, and they sure don’t reach unrestricted free agency. Keep that in mind as you watch the headlines roll in for guys like Vladimir Tarasenko this summer. There will be all sorts of speculation, and plenty of whispers about other teams waiting in the weeds to steal them one way or another. And then, at some point, they’ll sign long-term deals to stay right where they are, because that’s just what young stars do in the modern NHL. Don’t get swept up in the excitement, as tempting as it will be.

The move: On July 1, the Lightning lured the former Rangers defenseman to Tampa with a five-year, $22.5 million deal. The contract raised a few eyebrows — Stralman wasn’t exactly a star, and the well-run Rangers sure hadn’t tried especially hard to hold on to him. He’d long been a darling of the analytics crowd thanks to his strong possession numbers, but at $22.5 million he seemed like a gamble by GM Steve Yzerman.

Fast-forward by about a year and the Stralman signing looks like it may have been the smartest move of the 2014 offseason. Stralman was a perfect fit in Tampa, eventually slotting in next to Victor Hedman to form one of the best pairings in the league, and he was a big reason why the young Lightning came within two wins of a Stanley Cup.

The lesson: Let’s pick two. First, small moves can set the table for big wins. Days before free agency opened, the Lightning traded Teddy Purcell to the Oilers for Sam Gagner, then flipped Gagner and B.J. Crombeen to the Coyotes for a sixth-round pick. It seemed like an odd move — Gagner is a decent player, and the Lightning basically acquired him just to give him away. But it freed up cap space, giving Yzerman enough room to add Stralman while still filling other holes.

The second lesson: Listen to the numbers guys. After last year’s summer of analytics, it’s been tempting to quietly shift the narrative away from “these nerds don’t watch the games” to “these nerds aren’t telling us anything we don’t already know.” But as Stralman’s signing showed, that’s not always the case. When the deal was announced, the stats guys called it a bargain while everyone else wondered if Yzerman had overpaid, and the stats guys were proved right.

No doubt, the same scenario will play out again in the coming weeks.1 When it does, the stats guys won’t necessarily be right again — nobody’s perfect. But you’ll probably want to hold off on scoffing too loudly, because these guys tend to know what they’re talking about.