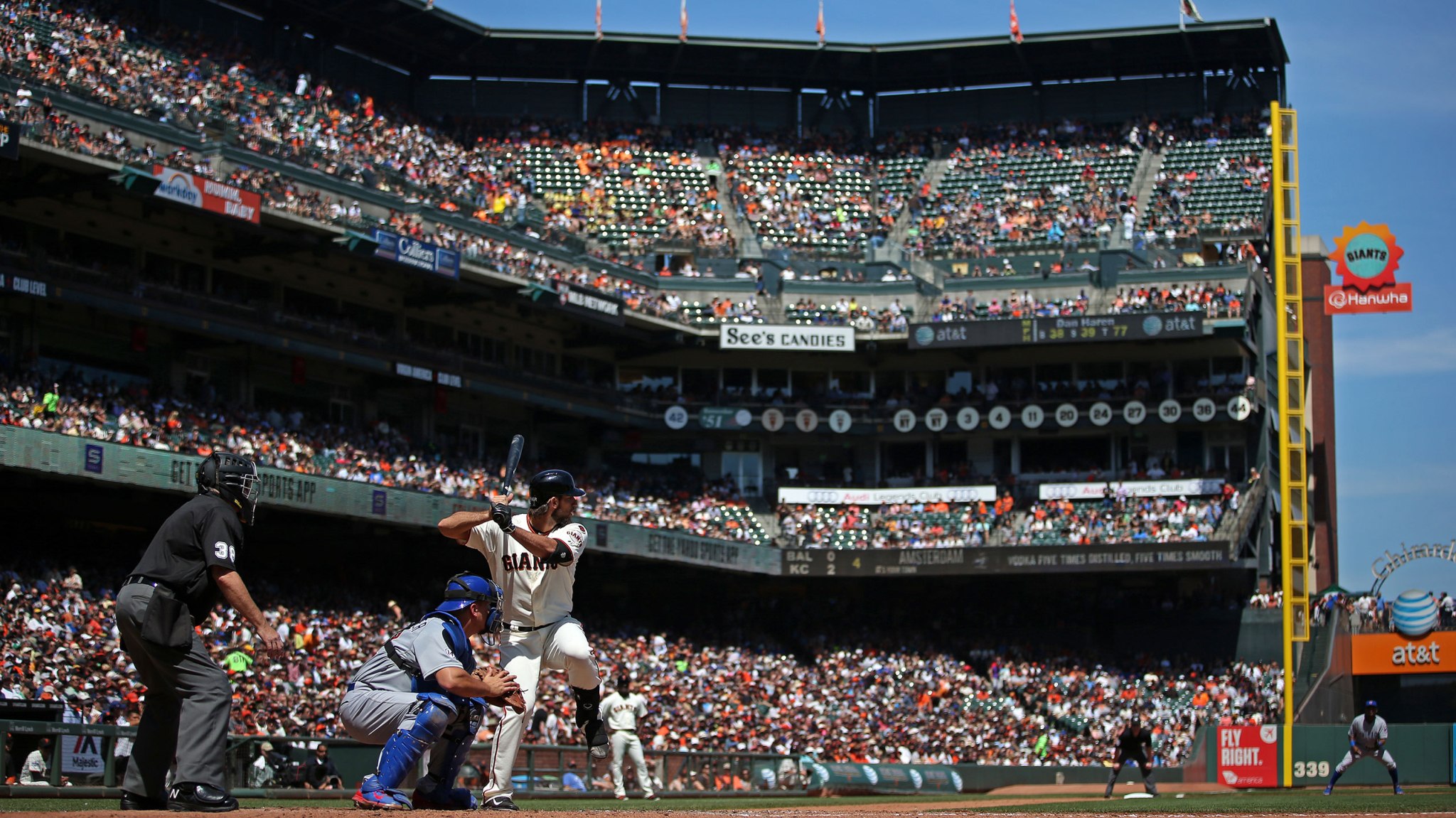 Last night’s Giants-Dodgers game provided plenty of intrigue: The teams are bitter rivals, the Giants desperately needed a win to cut down the Dodgers’ 4.5-game lead in the division, and the two guys who took the mound are both among the 10 best pitchers in baseball. They combined for three earned runs and 13 strikeouts over 14.1 innings as the Dodgers came out on top, 2-1, but not only are Zack Greinke and Madison Bumgarner bona fide Cy Young contenders; they’re also two of the best hitting pitchers in the game.

Granted, Greinke’s offensive numbers are down sharply from 2013, when he hit a terrific .328 and posted a sky-high .409 on-base percentage. Still, even after an 0-for-3 performance last night, he’s batting .207/.217/.328 this year, better than any starter except Tyson Ross and Bumgarner.

Despite Greinke’s best efforts both at the plate and on the mound last night, Bumgarner stands out as the undisputed king of #PitchersWhoRake.1 Bumgarner joined the long list of hitters who’ve gone down quietly against Greinke, going 0-for-2 last night. But his batting line still stands at .254/.277/.508 this year, putting him in elite company. Among pitchers with 50 or more plate appearances in a season during the DH era, Bumgarner’s 2015 line places him 14th in park- and league-adjusted offense. And while he didn’t homer last night, Bumgarner’s five round-trippers this year rank fourth among pitchers in a single season since 1973.2

The Giants ace’s August surge has thrust him into the Cy Young conversation, and his pitching, of course, will always be the thing that gives other teams nightmares. Still, opposing pitchers now have a scouting report they must follow when he’s at bat: Groove a pitch, and Bumgarner could hit the ball a mile.

Watch Bumgarner and Greinke enough, and you might be convinced that pitchers are experiencing something of a batting renaissance, but that’s just not true. In fact, the exact opposite seems to be happening.

Forty-two years ago, as part of an effort to inject more offense into a sport that was coming off one of the lowest-scoring periods in its history, the American League implemented the designated-hitter rule. Rather than watching pitchers flail away at blazing fastballs and nasty breaking balls, the AL decided that each team could instead choose one hitter from its roster to bat in place of the pitcher. Ron Blomberg played a modest 461 games in the big leagues, but he’ll always be remembered for becoming the first DH in MLB history, stepping to the plate on Opening Day of 1973 for the Yankees.

At that moment, the number of pitchers who’d need to learn how to hit was immediately cut in half. It’s no coincidence, then, that pitchers have grown progressively worse at hitting since Blomberg suited up for the Yankees. Since the advent of the DH, the best offensive season for pitchers was 1974 (the year after the DH began), when pitchers collectively hit .165/.208/.204. And nine of the 10 best offensive seasons for pitchers since ’73 came in that first decade after the DH was introduced, because there were still plenty of batting-trained pitchers making it to the majors.

As all the pre-DH stalwarts were eventually filtered out, though, things have gotten much worse. Seven of the 10 worst offensive seasons for pitchers since 1973 have come in the past decade. And the worst of those seasons came last year, when pitchers combined to “hit” a terrible .122/.153/.153.

This year hasn’t been much better, either, as pitchers have combined for the third-worst offensive results in the DH era. They’re batting a woeful .131/.157/.166, and let’s give that number some context. The worst batting-title-qualified hitter this season has been Royals second baseman Omar Infante. He’s batting a pathetic .218/.232/.308 … and those numbers still top every pitcher other than the outlier trio of Bumgarner, Ross, and Greinke. 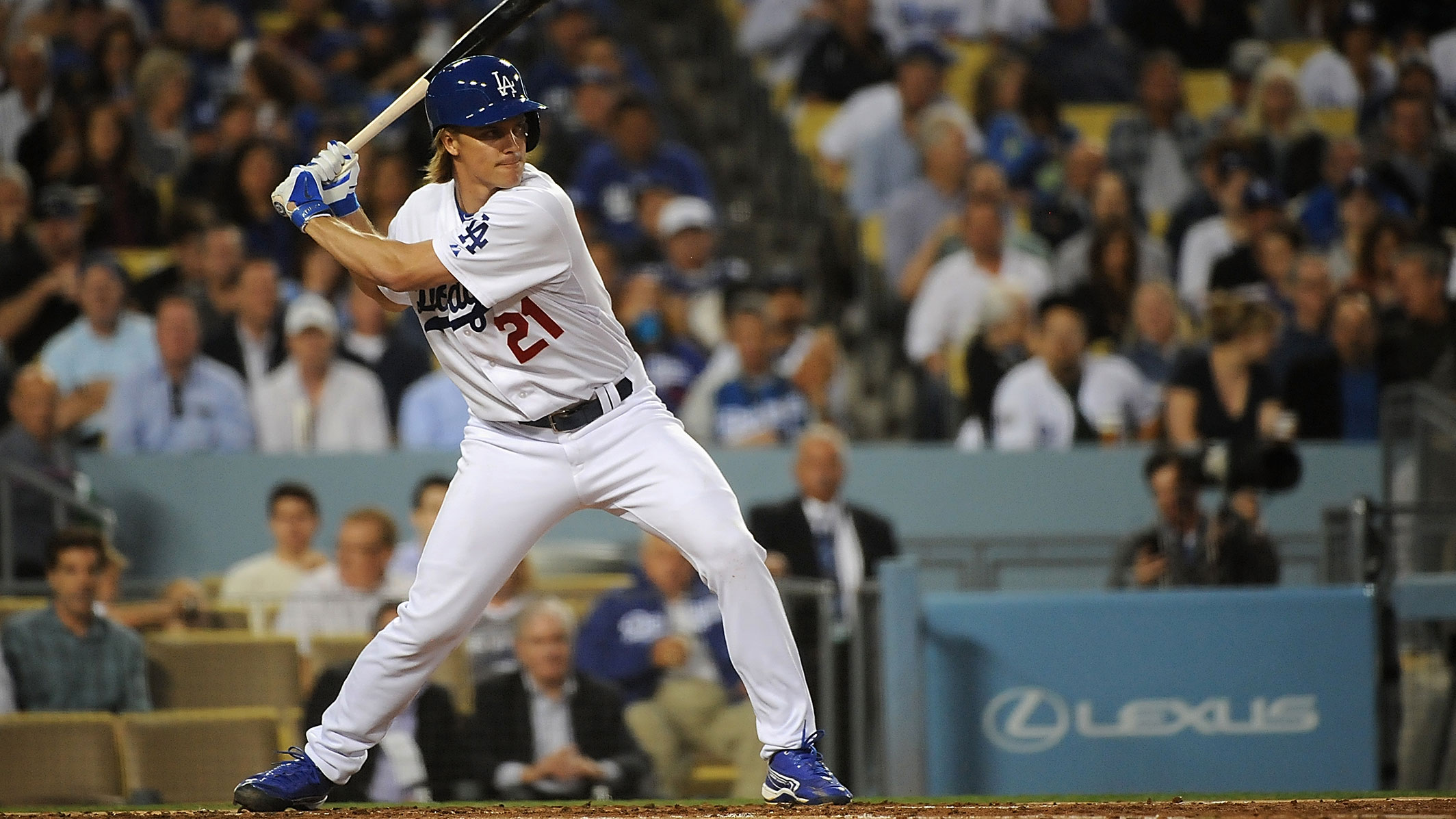 So, how did we get here? In an analytically driven sport constantly striving for excellence, how did we reach a point where everyone now accepts total incompetence in one out of every nine times at bat?

“Specialization,” says Pirates GM Neal Huntington. “As early as high school, more pitchers are only pitching, so their bat never develops. Even guys that pitch and play a position tend to be more focused on pitching, as that is more than likely their best path to professional baseball. On a positive note, high school and college coaches are more aware of overuse risk and are less likely to play a kid at shortstop the day after he pitched. But that does cut down on at-bats and development as a hitter.”

That specialization puts pitchers in a bad spot from the moment they get drafted. Huntington says that pitchers drafted and signed into the Pirates’ system start taking batting practice right away in Class A because many have batted so rarely in games at the amateur level. Even then, Huntington says, that batting practice happens only “periodically.”

Then there’s the question of how best to use a pitcher’s time. Tommy John surgery has become such an epidemic for young arms that teams are now hyperfocused on keeping pitchers healthy and getting them to the big leagues before the injury monster attacks, rather than even feigning interest in teaching them how to hit. Once they get to the big leagues, they encounter a landscape in which starters are pulled from games earlier than at any other point in MLB history, which further disincentivizes batting instruction.

“There are fewer opportunities to hit, and less need to focus on offense,” says Braves assistant general manager John Coppolella.

Although major league pitchers swinging at air might seem inevitable, many team execs still say they’d love to have pitchers who can handle the bat. But even then, hitting ability is only looked at as an indicator of desirable athleticism and not necessarily a skill that will ever help boost a team’s offense.

“We always try to target athletes when we look at pitchers, but that’s more about being able to repeat a delivery and field a position than it is swing a bat,” Coppolella said. “Some of our recent top picks like Lucas Sims and Kolby Allard were good two-way players in high school, and we have had a lot of success with converted players like Kris Medlen and Brandon Beachy. In terms of trades or free agency, when you are trading good young players or spending a lot of money in the market, we are looking for the best pitcher. Whatever offense they can bring is an added bonus.”

Since the sample sizes tend to be so small, aside from those rare two-way players, teams are mostly guessing when it comes to how well a pitcher might be able to swing the bat once he gets to the majors.

“It is tough to quantify how much an amateur or [even a] pro pitcher has hit, or worked on hitting,” says Rockies GM Jeff Bridich. “Particularly when that pitcher is not yet a part of your organization.”

The big question, then, is what — if anything — baseball should do about its dearth of pitchers who can swing the bat. Given how hard it is for pitchers to simply make it through a season without getting injured on the mound, having to bat provides another risk some don’t want to take: After hurting himself during an April at-bat, $210 million Nationals starter Max Scherzer told reporters that nobody wanted to see pitchers hit and that expanding the DH rule to cover the National League was baseball’s best course of action.

Even longtime defenders of National League rules and DH-less baseball have started to come around.

“At my core, I am opposed to the DH,” Huntington says. “However, given the increase in the overall number of injuries in the game — I like the ability to distribute DH at-bats among all of a club’s regulars to help keep guys sharp and fresh — and the risk that we expose most professional pitchers to by asking them to do something that they are not equipped to do because they lack the experience and/or skill development, I have begun to see the benefits of the DH in both leagues.”

As for the other side of the argument, DH opponents cite the additional layer of strategy involved when it comes to managing one lineup spot that’s not likely to deliver offense. Even though its returns remain unclear, we’ve already seen plenty of managers start batting their pitchers eighth this season. And while a skeptic could argue that a pitcher declaring his intention to drop down a bunt two hours early isn’t quite the highest form of strategy, figuring out when to pull your starter or double-switch at least adds a little nuance to the game.

There’s also a bit of whimsy involved with the opposition to the DH: Sure, it may border on farce, but there’s also nothing quite like watching a lanky southpaw reach first base and then try to run the bases in a windbreaker. But for all the swinging and missing a pitcher normally provides at the plate, it also creates an atmosphere where anyone who’s competent with a bat in his hands becomes an outlier and provides the kind of statistical unpredictability that makes sports so great in the first place.

Watching Bumgarner smash a ball into the bleachers can be breathtaking — it’s a player excelling at something he’s not really even paid to do. Then, of course, there are those moments when something truly special happens. Like when a completely overmatched pitcher somehow hits the ball right on the sweet spot of his bat.

So yes, hitting brings an additional injury risk for pitchers who can’t afford any more scares. It might even be unfair to expect pitchers, with all that goes into maintaining and improving their arms, to do something totally different than their one core skill. But on the rare occasion when it works out, we get rewarded with something we rarely see in other sports: a combination of pure joy and absolute comedy.

How to Sell a Stadium in Six Easy Steps: Calgary Gets the High-Pressure Pitch